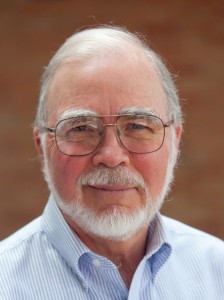 How things have changed since Landsats 4 & 5 were launched in the early 1980s, about the time I began working on analyzing space policy issues for the U.S. Congress. In those days the community that depended on data collected by satellite sensors was small, the data were very expensive and the United States was the only entity in the business of supplying digital data collected from the vantage point of Earth orbit.

The United States was then tied up in what turned out to be a fruitless search for a way to “commercialize” the Landsat system, turning first to NOAA and then to the private firm, EOSAT, to market the data commercially. Data sales remained depressingly small, in large part because prices were so high and the best resolution was medium sharpness (30 meters multispectral). U.S. policy drastically limited the allowable resolution of the data, “to protect national security,” it was said.

Only in 1986 when the United States began to face competition from the French SPOT system, which offered 10-meter resolution data at competitive prices, did U.S. policy begin to change. By 1992, policymakers finally saw that the moderate resolution data provided by Landsat and other similar systems had relatively little commercial value but great worth for public good applications like monitoring environmental change, and passed the Land Remote Sensing Act of 1992 (Public Law 102-555). This far-reaching law brought back the Landsat system fully under government development and operation and allowed the private sector to operate its own high resolution commercial systems, subject to a licensing system managed by NOAA. The rest, as they say, is history.

This publication was originally created by EOSAT 30 years ago, to promote the use of commercial imagery, which is still part of our mission. Also, see related article on the need for UAS training in LBx Journal http://bit.ly/1u4uRxy.

Musings such as these were front and center in my mind during the 19th Pecora Symposium, an American Society for Photogrammetry and Remote Sensing meeting held in Denver November 2014 (http://pecora. asprs.org/). Apogeo Spatial publisher, Myrna James Yoo, and I both attended the confer- ence, entitled Sustaining Land Imaging: UAS to Satellites and feasted on the smorgasbord of exciting news and research results from a wide variety of researchers, government representatives, and commercial data firms.

Customers can now purchase quartermeter resolution data from commercial firms, and since 2008 most data from the Landsat archive, and from Landsat 8 are free for download to nearly anyone in the world simply by registering on the USGS Landsat Web service (http://landsat.usgs.gov/). This change of policy has proved especially important for the community of researchers that studies environmental change. To carry out a global-scale research project on, say, the extent of forest cover, or growth of urbanization, you need lots of data at a scale that allows for sufficient granularity to be useful to policymakers. See Figure 1. 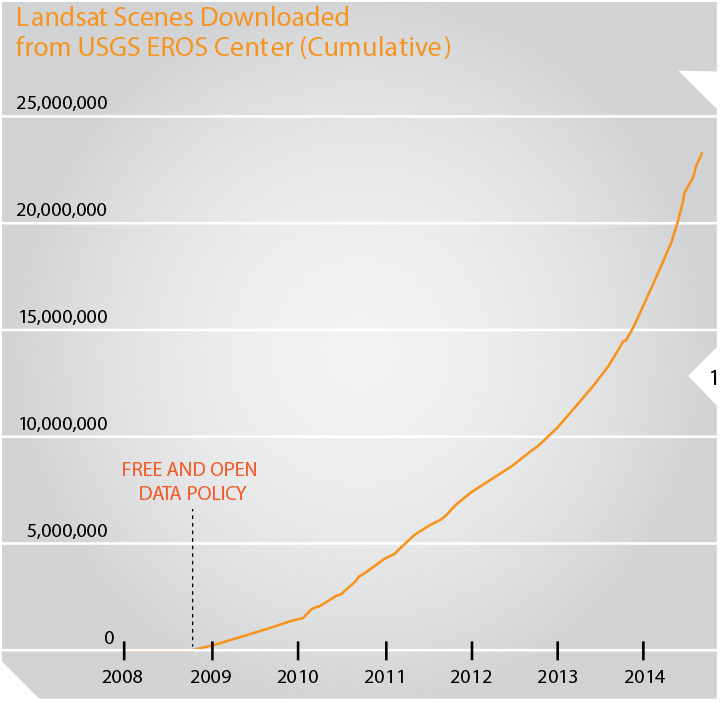 FIGURE 1. The number of Landsat scenes downloaded from USGS skyrocketed to about 20 million in about 5 years after free access was announced.

Fortunately for researchers and for operational applications, the data from Landsat 8 are well suited to such research and operational tasks. The bird has been operating well and delivering large amounts of high quality data to the archive. Speaker after speaker at the conference raved about the substantial number of scenes acquired since Landsat 8 began operations in May 2013. They were also pleased with the radiometric quality of the data, which exceeds design specifications, and with the additional spectral bands on the imager.

To underscore these gains and justify the speakers’ enthusiasm for Landsat 8, in January 2015, USGS posted the results of a study touting the enormous economic impact of data from the Landsat program. This study, carried out by the Landsat Advisory Group of the National Geospatial Advisory Committee, a team of commercial, state/local government, and non-governmental organization (NGO) geospatial information experts, claims a value of between $350-436 million per year of savings in estimated productivity for the many applications of Federal and State governments, NGO’s, and private sector firms compared with using alternative means of data. The Landsat program has thus shown a value much greater than the cost of building and operating the system. See http://www.usgs.gov/blogs/ features/usgs_top_story/business-experts-see-landsat-as-stunning-return-on-public-investment/.

Although the news about the performance of Landsat 8 is very good, several speakers expressed their concerns about the future of the Landsat series. Those of us who witnessed the torturous process of reaching the design of what became Landsat 8 and the commitment to continuing the provision of data continuity are justifiably concerned about that future. Will we go through a similar interagency conflict for future systems? There were many questions raised about what comes after Landsat 8.

Several speakers who are involved in the current process of planning for data continuity of
moderate-scale data took pains to assure conference attendees that substantial progress is being made to define the platform and processing system. At the time, they were unable to give details because the budget process was in full swing. We can look to President Obama’s 2015 budget plans to provide some guidance.

VALUE AND POTENTIAL OF UAS

While the news about the field of moderate – resolution remote sensing proved very exciting, aerial remote sensing is not taking a back seat, especially in unmanned aerial systems (UAS), which are proving to be extremely advantageous in the monitoring and analysis of agricultural fields and other applications where high resolution is important, such as archaeology and pipeline monitoring.

As we learned during the three day conference, the uses of UAS to collect extremely high-resolution data have really taken off (no pun intended). It is now possible to obtain multi-spectral imagery of ground cover such as crops, bushes and trees with resolutions at the level of a few centimeters quite cheaply compared to other methods. The information gained can be used to fine-tune the delivery of fertilizer and herbicide to crops. When the field data are paired with GPS- guided tractors, applications of chemicals can be calibrated precisely to the specific needs of each section of the field under cultivation.

Speaker after speaker on this topic argued that the use of UAS to monitor the health of fields and the growth of crops is revolutionizing agricultural management. Compared to standard aircraft, the much smaller UAVs (vehicles) tend to be cheap and easy to launch and recover.

Equipment needed for data collection, processing and analysis can be carried into the field and used during and immediately after the flight, thus further reducing the costs of data gathering and analysis.

Nevertheless, there are some significant challenges ahead, and not just for improving agricultural practices. Perhaps the largest hurdle is regulatory. The FAA is still developing its proposed rules for operating UAS. While four companies have been approved for commercial use (Trimble, Woolpert, Clayco, and VDOS Global), other commercial operators have complained that they cannot develop their businesses beyond the experimental stage because they cannot yet obtain operators’ licenses. Once again, the technology is running way ahead of regulations and other legal instruments.

Beyond the regulatory barriers is a host of issues attendant on the development of new technologies. Various lightweight cameras are readily available and the needed electronics can be purchased or created from off-the-self components. Batteries, though, are a major challenge to UAS builders and operators. They need to be lightweight and capable of high energy density.

Unfortunately, improvements in battery technology have not yet yielded the power density and low weight needed to power smaller devices for sufficient flight times. The wide popularity of the small UAS favored by hobbyists and the development of other battery-powered technologies are likely to provide strong economic incentive for battery makers to step up their game.

Finally, in what for me was one of the most hopeful and exciting developments discussed at the conference, Rebecca Moore, Engineering Manager at Google, gave us an exciting overview of Google Earth Engine (https://earthengine.google.org/), a service for which she led the development. Google has acquired vast amounts of Landsat data, and now collects and stores all the data Landsats 7 & 8 deliver. It is also hoping to have a similar arrangement with the European Union for data from its Sentinal series of satellites, and others.

The website calls this new service a “planetary platform for environmental data and analysis.” Among other things, Earth Engine allows scientists and academics to access and apply a range of analytic tools to large amounts of satellite data, using Google’s parallel processing platform.

Earth Engine provides a powerful set of tools to support another Google effort conceived and developed by Ms. Moore: Google Earth Outreach, a program to assist nonprofits, communities and indigenous peoples in their efforts to solve some of the world’s pressing environmental and cultural preservation problems and human rights challenges. Google has also purchased Skybox Imaging, a new commercial high-resolution data company. Some percentage of those data will be made available for Earth Engine and Google Earth Outreach. A future article in this magazine will discuss these Google efforts in more detail.