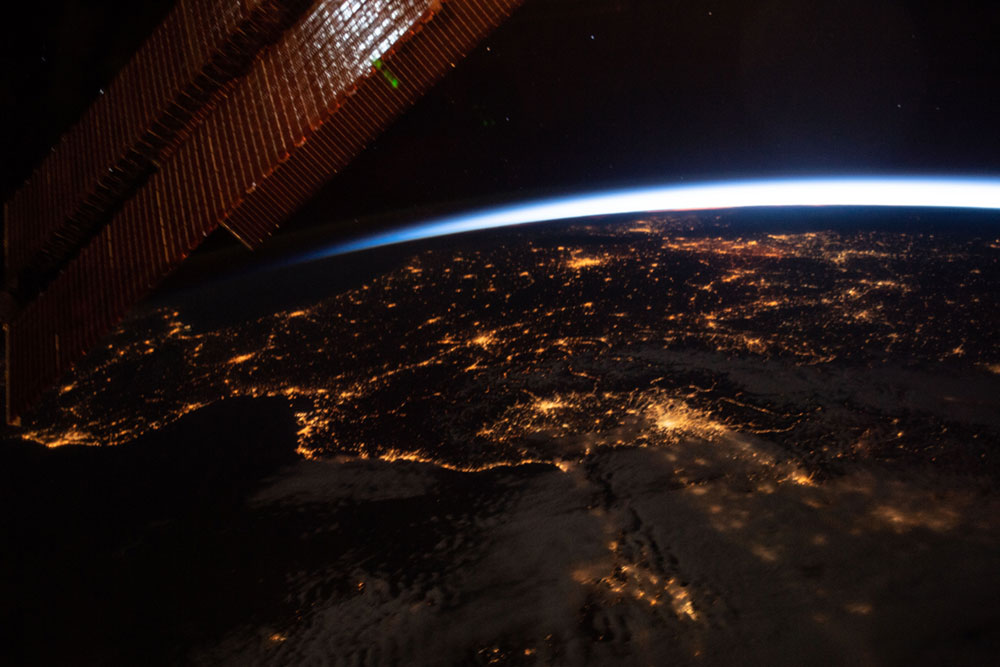 This oblique nighttime view of Western Europe and the well-lit coasts of Spain, France and Italy (left to right) was taken by Canadian astronaut David Saint-Jacques on May 13, 2019, as it orbited 256 miles above the Mediterranean Sea. Traveling at 5 miles per second, astronauts on the ISS experience 16 sunrises and sunsets each day. 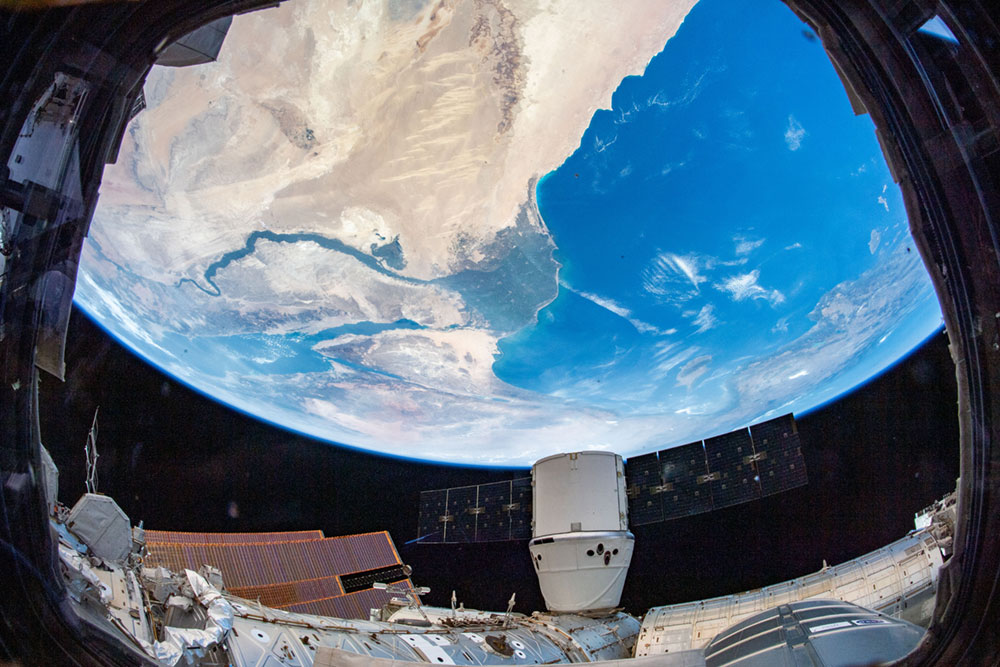 The SpaceX Dragon resupply ship was captured by NASA astronaut Nick Hague on Aug. 13, 2019, attached to the International Space Station’s Harmony module as the orbital complex flew above the Nile River Delta in Egypt. Nick noted, “The curve of the Earth highlighted in vibrant colors provides a picturesque backdrop for the SpaceX Dragon cargo craft docked to the space station. Cargo vehicles, like Dragon, have provided much needed supplies and critical science experiments keeping the ISS mission going for two decades.” 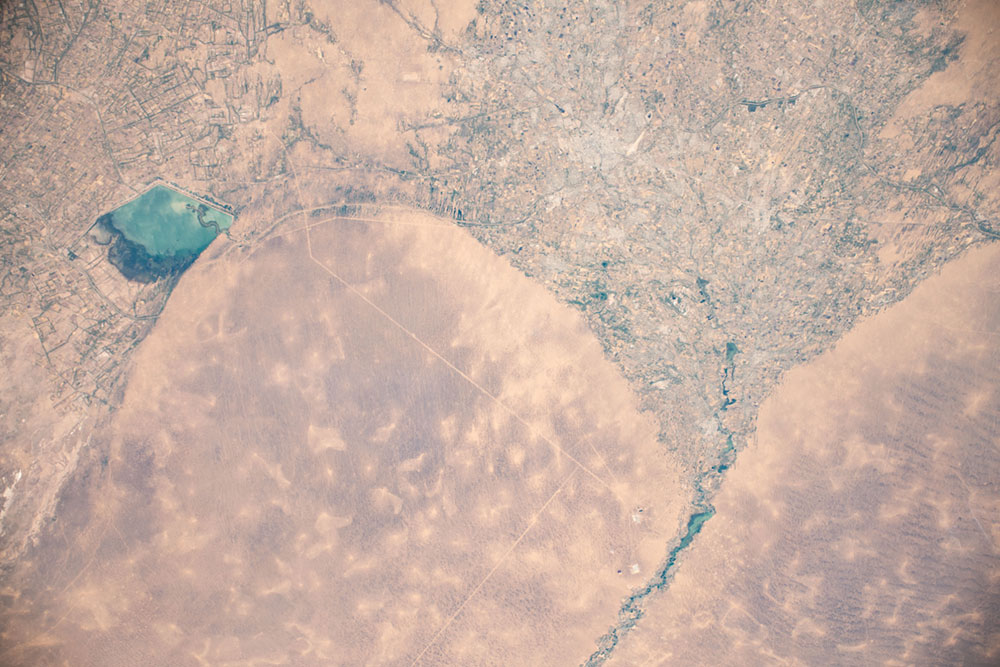 The Murghab River flows into the oasis city of Mary in the Karakum Desert in Turkmenistan. At left is the Hanhowuz Reservoir which plays an important role in agriculture in southeastern Turkmenistan. The International Space Station was orbiting above the Central Asian nation when this photograph was taken by NASA astronaut Christina Koch on June 26, 2019. 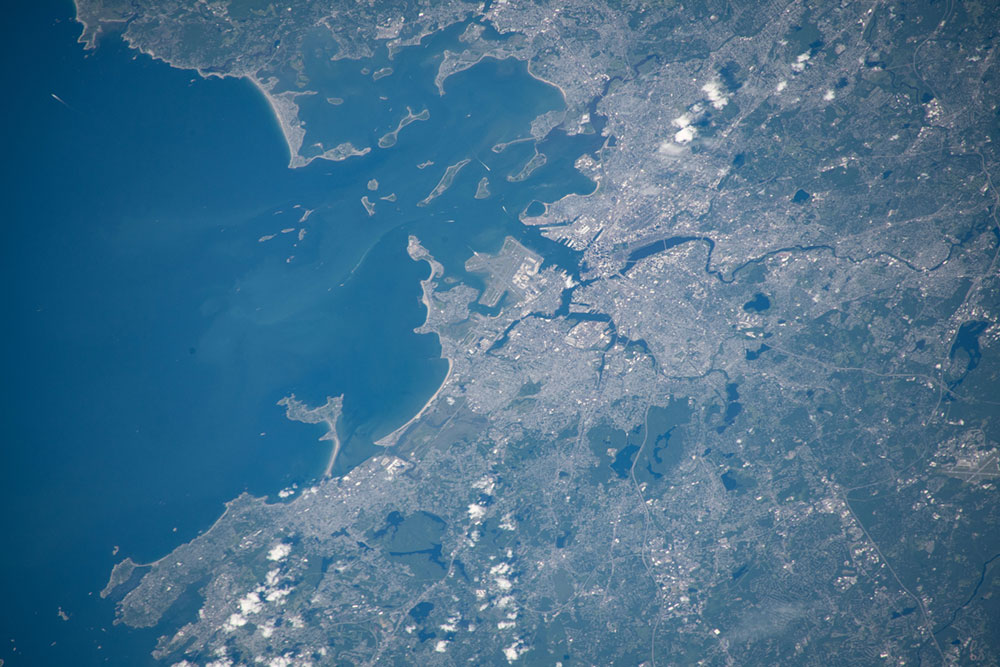 Boston, Massachusetts, Logan International Airport and Massachusetts Bay are featured in this photograph taken by NASA astronaut Nick Hague on June 17, 2019 from 256 miles above the Atlantic Ocean. Nick noted, “As I flew overhead, I couldn’t help but feel the strong connection to the city of Boston and institution of MIT that set me on my way.” 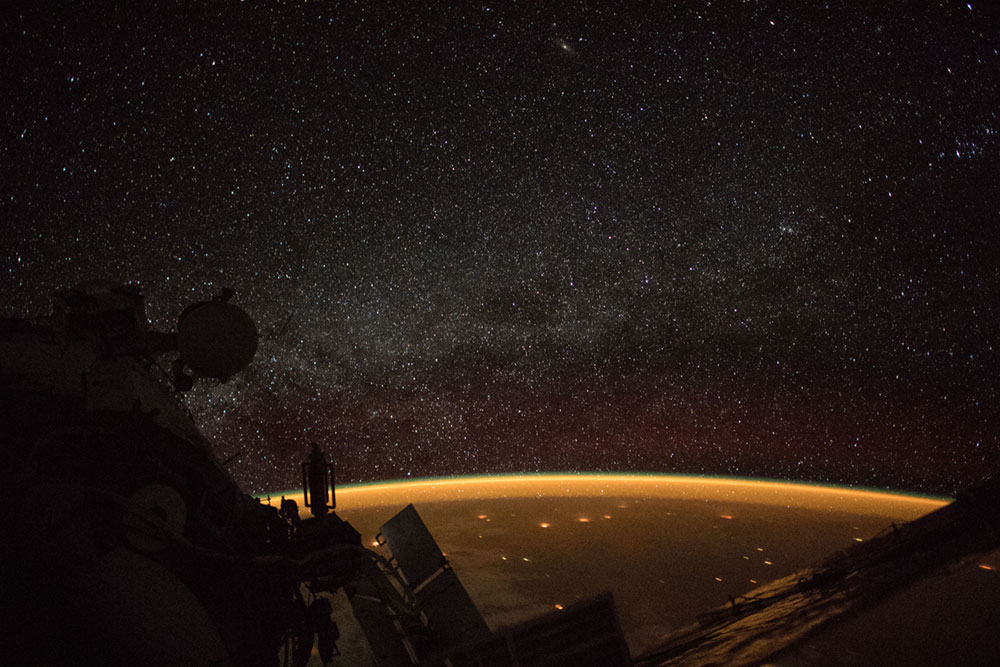 The ISS was orbiting above South Australia on Oct. 7, 2018, when German astronaut Alex Gerst captured this celestial view of Earth’s atmospheric glow and the Milky Way.