The Role of Satellite-Derived Geospatial Data for SDGs
Posted by Maxar Technologies on November 15, 2019 in 2019 Vol 2, Articles

SDG Special Section Brought to You by Maxar Technologies

For half a century, Earth observation (EO) satellites have provided consistent and accessible information about the state of our natural environment. Today, EO satellite imagery and the geospatial data it generates are helping us better understand the effects of climate change, monitor economic and social development, and protect human rights on a global scale. This data and its providers are quickly becoming a vital source for success in achieving the United Nations’ Sustainable Development Goals (SDGs). 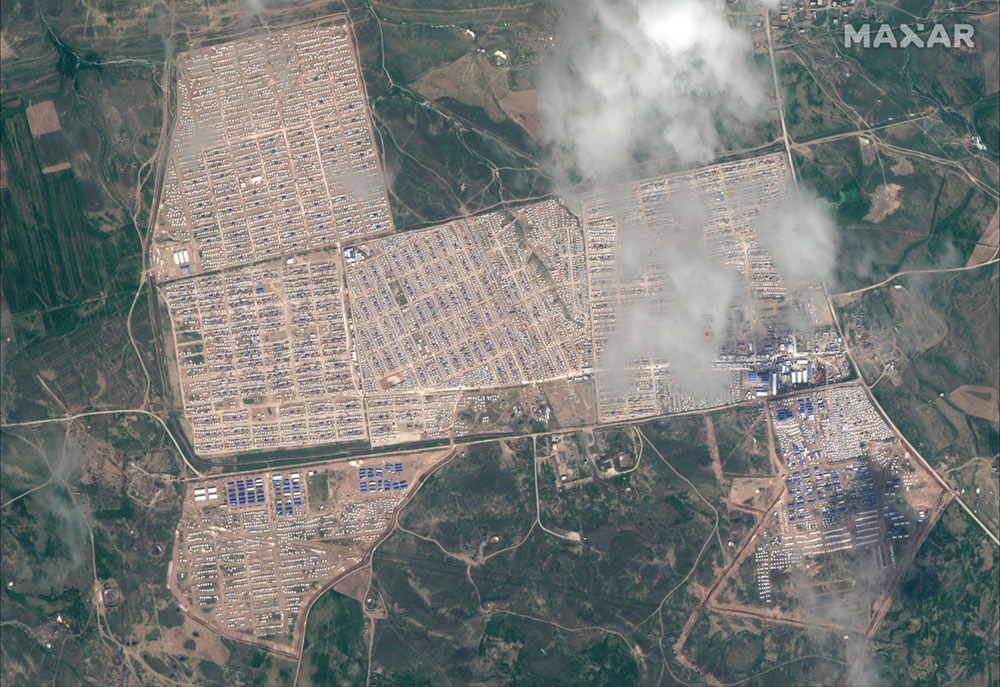 Advanced EO capabilities provide essential data for accurately mapping remote areas, updating incomplete or outdated maps, especially in regions of rapid change. Not only does this assist in analyzing change, but it helps government and non-governmental organizations ensure they account for all those in need or at risk.

Innovations in EO satellite and geospatial data technology directly or indirectly support every single SDG. While in some cases, such as monitoring deforestation, it has been an established method for decades, the role of geospatial data has recently expanded into new use cases, such as providing valuable insights into gender inequality and disrupting human trafficking networks, thanks to advanced tradecraft and machine learning.

In 2017, the UN General Assembly adopted an indicator framework and assigned more defined targets to make the goals more concrete and measurable.

While a few countries are on track to meet SDG targets, many more are not and may or may not know it. How do these organizations measure and document success?

Traditional survey methods could cost as much as a quarter of a trillion
dollars over the lifetime of the SDG, take too long to be effective, and lead to incomplete or inconclusive results. Moreover, it is hard to gather consistent data across countries and regions.

Among satellite imagery and geospatial data providers, Maxar Technologies stands out for its innovative geospatial solutions and partnerships across all 17 SDGs. Maxar owns and operates the most sophisticated commercial satellite imagery constellation in orbit, continuing to feed its 100+ petabyte archive with more than 3 million sq km of high-resolution satellite imagery every day.

As the source of critical geospatial data—both current and historical—Maxar collaborates closely with partners in developing valuable analytics and derived datasets to help analysts detect, understand, and address change.

A key objective of Maxar’s purpose is making advanced geospatial data and insights more accessible—especially for those who need it but might not necessarily know how to use it. Its SDG partnerships are centered around empowering both analysts and volunteers to collaborate and collectively scrutinize imagery to tag important objects, features, or locations. The input of this human network is then validated and refined using advanced geospatial consensus algorithms that enable unprecedented accuracy at scale.

GOAL 1. END POVERTY IN ALL ITS FORMS EVERYWHERE

Target 1.1 By 2030, eradicate extreme poverty for all people everywhere, currently measured as people living on less than $1.25 (USD) a day

Target 1.5 By 2030, build the resilience of the poor and those in vulnerable situations and reduce their exposure to climate-related extreme events and other economic, social and environmental shocks and disasters

EO satellites can detect changes in land cover, monitor water quality and identify pollutants, evaluate the health of a coral reef, or help assess how coastal zones are influenced by sea- level rise. Satellite images can be used to identify features of interest, such as agricultural land, forests, urban areas, roads, and water, and pixels can be classified into different crop types, or in a binary classification of forest or bare ground.

The rapid growth in the number of EO satellites has dramatically increased their coverage and refresh rate. Additionally, advancement in sensor technology has increased resolution and includes more bands, making them uniquely able to assist with SDG monitoring and implementation. For example, sensors in the infrared (IR) bands make it possible to understand such things as soil moisture and crop health, and radar satellites can capture imagery through clouds and haze.

Unlike the U.S. Landsat and the European Sentinel satellites, which steadily image the globe on a regular cadence, commercial satellites are dynamic and agile. For example, Maxar can task and point its constellation to collect images of areas where it thinks there will be more change, such as coastal areas and urban areas. It can also task its satellites quickly, to investigate suspicious areas or monitor a natural disaster.

Maxar’s constellation also features multispectral and radar capacity. Radar can “see” through clouds, haze, and smoke. Together, the constellation can use radar imagery to identify forest areas that are burning, then cue optical satellites to follow up once the air is clear. This allows for efficient post- event analysis or monitoring for ongoing events.

The advent of cloud computing and artificial intelligence (AI) has shifted the field of remote sensing from a data-scarce environment to a data-rich one. Satellite imagery is now also routinely analyzed in conjunction with “big data” from such sources as social media posts and call detail records. 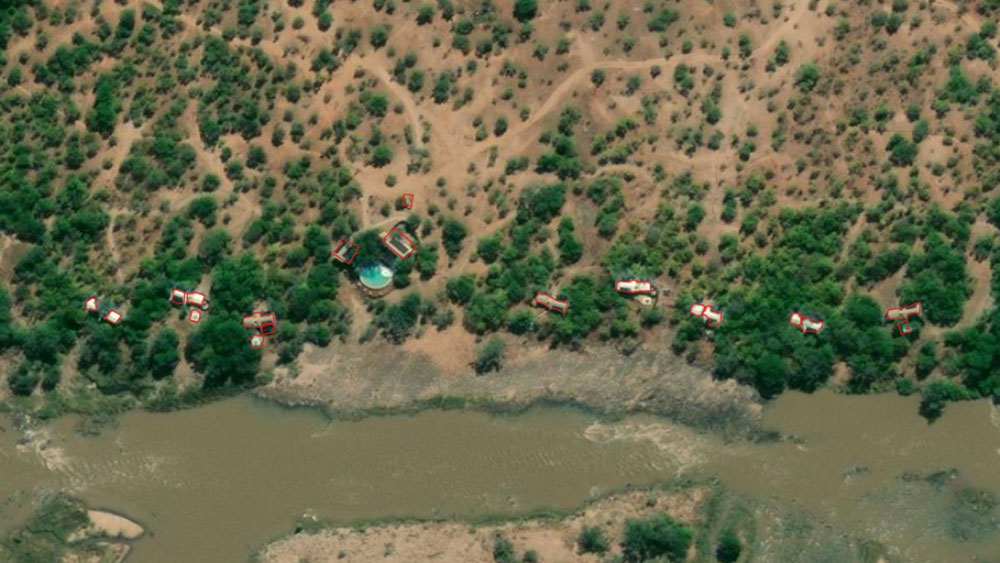 GEOSPATIAL DATA AND TECHNOLOGY AT WORK WITH THE SDGS

In some cases, such as measuring the extent of deforestation, the role of satellite imagery and geospatial technology has been established for decades and is intuitive. In other cases, such
as providing insights into gender inequality, its use is novel and surprising. At a minimum, it is essential to map areas that have never been mapped before, because you cannot get a vaccine or a fly net to a household if you don’t know it’s there. 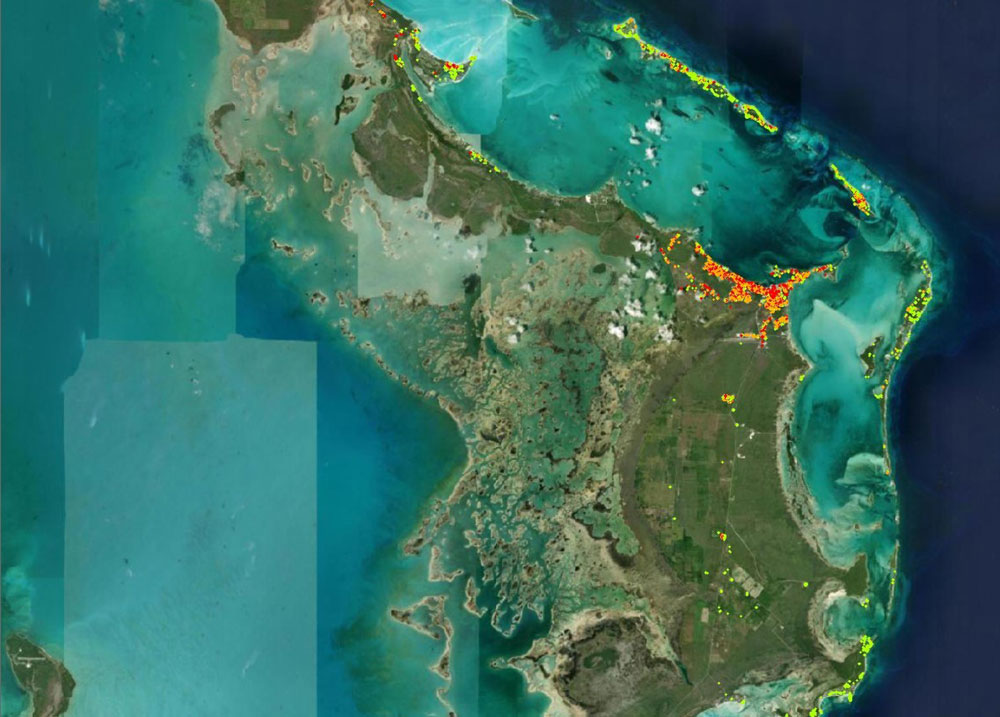 Figure 3. Damage assessment of Abaco and Green Turtle Cay in the Bahamas after Hurricane Dorian. More than 3,000 buildings were assessed, with more than 1,100 visibly destroyed and 1,400 visibly damaged in Maxar satellite imagery. Building footprints provided by OpenStreetMap. 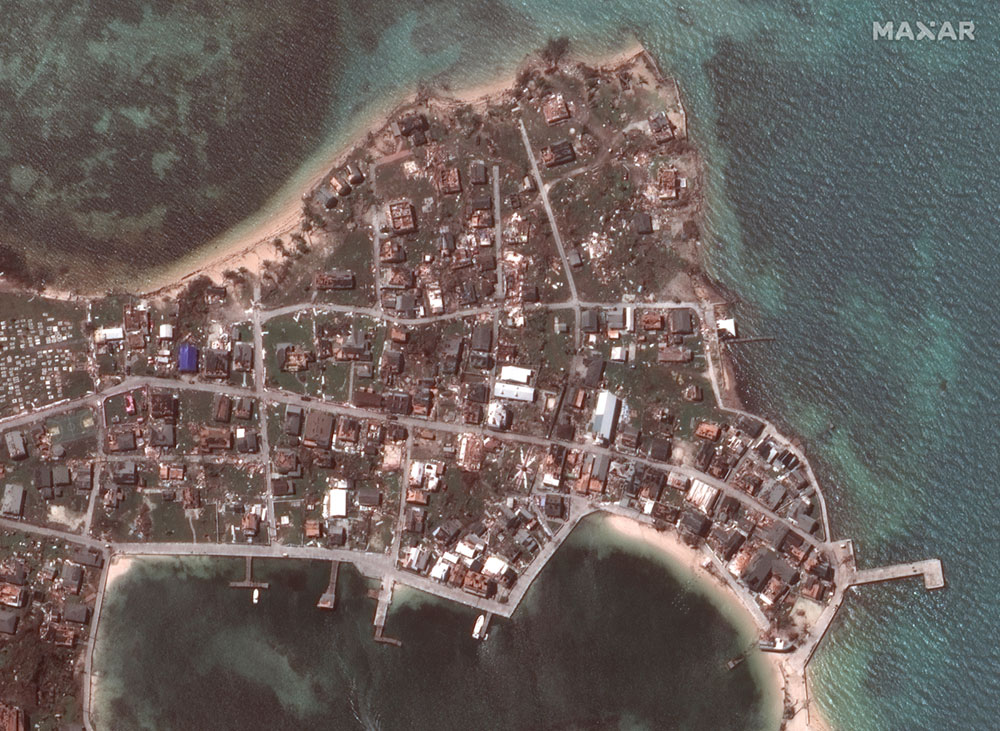 In the wake of major natural disasters, Maxar provides support for relief efforts by releasing free and open imagery of affected areas, including recently in the aftermath of Hurricane Dorian. (See Figures 3-4.) Through the Open Data Program, the company releases open imagery for select sudden onset major crisis events, including pre-event imagery, post-event imagery, and a crowdsourced damage assessment.

Maxar partners with dozens of national and international governmental agencies and NGOs to address specific crises. 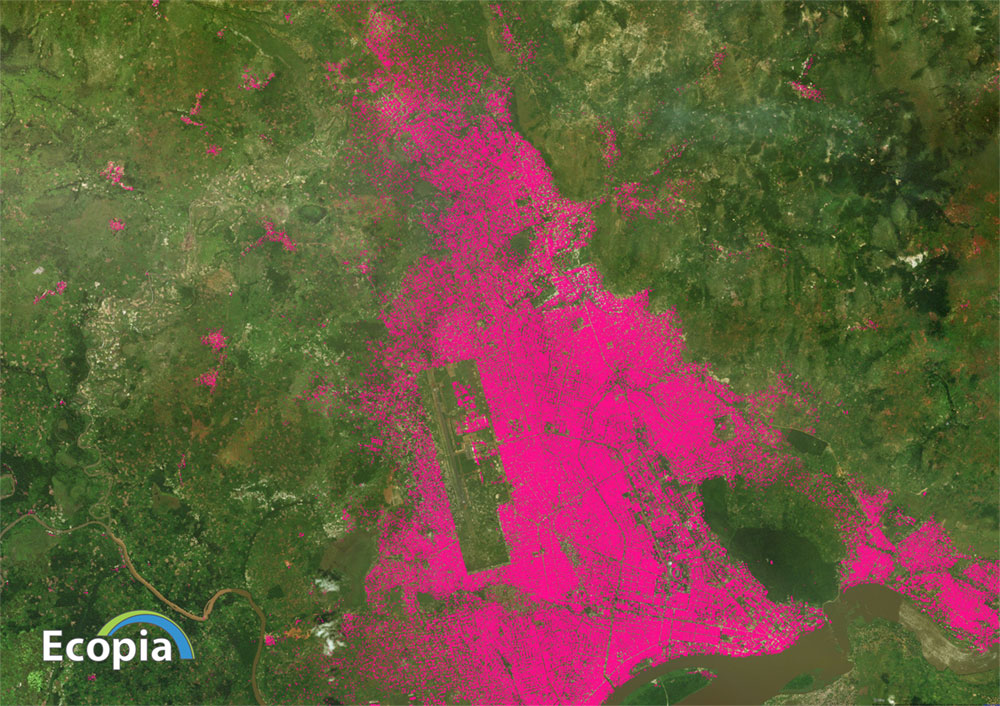