“They had all the Knowledge…"

Knowledge Must Translate into Action
Posted by Prof. Hans-Peter Plag, PhD on May 6, 2016 in Columns, On the Edge, Spring 2016

Why does our knowledge not turn into action to restore the Earth’s life-support system? What makes us truly different from all other animals? As Franz de Waal points out in the New York Times, the difference is not in tool making or emotions.1 So what is it? And is it this particular difference that in the end may lead to a grand failure of our attempt to establish the most advanced society the planet has hosted so far, a society that we call civilization?

I spent the last few days at the annual general assembly of the European Geosciences Union. The level of expertise and the abun- dance of knowledge gathered at this conference – like at many other similar conferences – is astounding. Anybody coming from another planet and experiencing this would likely come to the conclusion: they have all the knowledge required to be the stewards of the planet ensuring the functioning of the planetary life- support system for all.

But if this alien would take a look around, it would be immediately obvious that we are rapidly and irreversibly degrading our life-support system, on which we and all future generations depend. I assume, the alien would be at a loss: Why do they not use their knowledge for a responsible and sensitive stewardship?

Whenever significant changes in the life-support system happen, the biosphere reacts, often with increased extinction rates, and the biosphere changes. Earth observations document fundamental changes in the life-support system caused by what I tend to call the Anthropogenic Cataclysmic Virus (ACC): more than 60% of the ice-free land surface has been changed:

the chemical composition of the atmosphere and oceans are changing,

the Nitrogen cycle has been fundamentally changed,

new chemical constituents are introduced into the environment, and

species are genetically re-engineered at all levels. 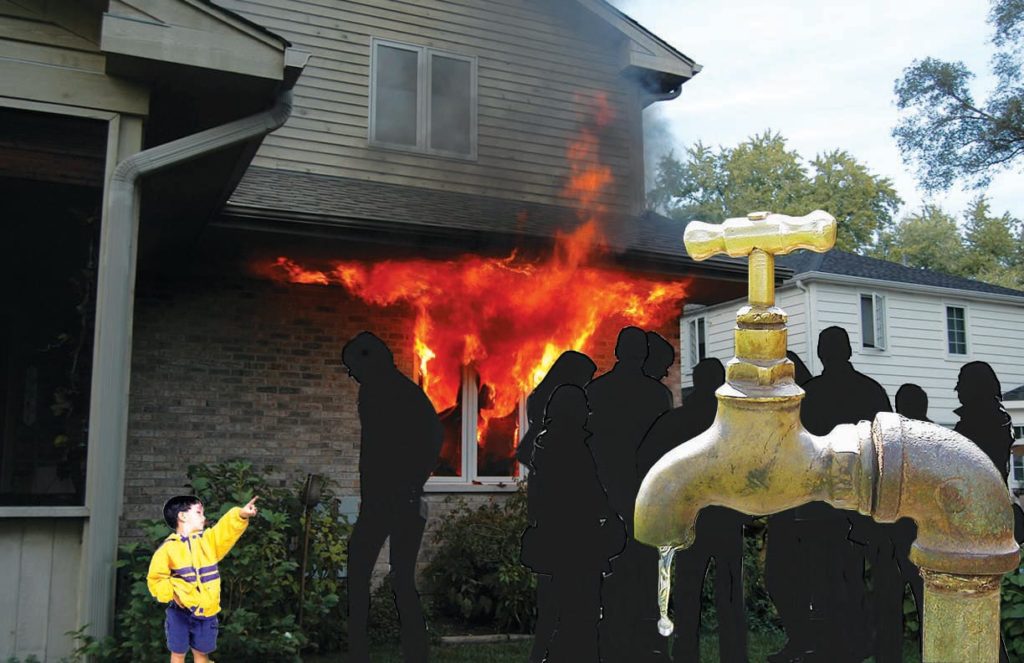 FIGURE 1. Often we overlook available knowledge and are unable to apply it to solving new problems in a timely manner. For many hazards impacting our lives regularly, we have found ways to make knowledge usable, but for mitigating the impacts of a rapidly growing human population on the Earth’s life-support system, our vast knowledge base remains largely unused. Graphic credit: Shelley Jules-Plag.

Maybe worst of all, there is a belief that we can overcome all issues of the degradation of the life-support system with more innovation and a reduction of entropy in the built environment and the embedded social fabric.

The link between us and the Earth’s life- support system is economy. Here is where I see the true difference between all other animals and humans: we have developed into homo economicus – although I understand this term differently from the standard use.3 In my opinion, the Anthropocene started when homo sapiens found a way to produce more than what was needed to survive and could start to trade with others – and thus accumulate wealth. While many want to define the Anthropocene by a stratigraphic signal in the geological history of the planet,4 I prefer to define it based on the drivers needed to create this signal. And the main driver was the fact that humans could started to trade and accumulate wealth.

The advent of trade pretty much coincides with the beginning of the Holocene, when climate was stable enough to develop agriculture. This new opportunity, which doesn’t seem to exist for other animals, was handled differently in different societies throughout the Holocene.

While many cultures aimed at an economy based on a thorough understanding of the importance of a functioning life- support system, others totally focused on creating ways to basically unlimited wealth aggregation.5 By inventing virtual value, i.e. paper money, there was no physical limit anymore to how much wealthy individuals or single organizations could accumulate.

A particular example of the latter is our modern society dominated by the values of the North-Atlantic culture. Today, almost exclusively, economy is based on the “laws” that are de ned by believers in capitalism, which could be described as the world’s largest religion.6 It has been said that the laws of capitalism are in conflict with the laws of nature. Others have pointed out that capitalist economy violates nature’s laws. However, nature’s laws cannot be violated. Nature is the best enforcement agency and no violation is accepted. Of course, some perpetrators manage to direct the punishment to others. But as a species, we do not have this option for long. We have a focus on the immediate – be it rewards or threats. The most discussed impacts of climate change are natural hazards already felt today like droughts, heat waves,floods, hurricanes, and new infectious diseases. For sealevel rise, we discuss coastal inundation (which some call frequent nuisance flooding), coastal erosion, and more storm surges. Economic risk assessments are generally based on the physical damage caused by the hazards.7

Seldom do we try to imagine other impacts at social and economic levels.

What will be the costs of heading into a new dark age where our knowledge of a rapidly changing planet with new dynamics and new patterns is decreasing and resulting in limited forecasting capabilities?8

To what extent is terrorism caused or increased because of environmental and economic injustice resulting from climate change and its consequences?

How much of the worldwide efforts to protect population from terrorism should be counted as costs of climate change?

The same questions apply to the rapidly increasing migration and the direct and indirect social, political, and economic costs of dealing with those pushing into the wealthier nations. Europe might be destabilized socially and politically by the challenge of finding an ethical way of dealing with the misery of the intruders and the pressure they put on the lives of the Europeans. The social and political changes resulting from migration both in the source regions and in the areas absorbing the endless stream of refugees, who are in dire need, are not yet counted as a fine for having acted in
conflict with nature’s laws.

Importantly, what are the hidden risks for our current economic system? One such risk is seldom discussed, although there is little hidden about it – the risk of a global real estate bubble.

In the last 100 years, urban population increased rapidly, and much of this growth happened in the coastal zone. Seventeen of the 24 mega cities (more than 20 million people) are in the coastal zone, most of them in low- lying areas. And these areas are the most rapidly expanding ones. In many coastal areas threatened by sea-level rise, the construction of new infrastructure and condo complexes reaches new heights. Even for the lower part of the range of plausible sea-level rise scenarios, this makes little sense beyond the immediate interests of the developers. But we gain more and more evidence from Earth observations and new models that the optimistic sea-level rise scenarios limiting the maximum to less than 2 m by 2100 are likely failing to capture the full risk spectrum.9

Considering the non-linear response of human beings to threats, it seems to be only a question of time until humans will lose the trust in the value of beach-front properties, and a global real estate bubble will impact the economy in unparalleled ways.

If I were the alien referred to above, I’d send a message home to get me out of here before the overload of complexity and the continuous violation of nature’s laws leads to “the collapse of everything,” to quote John Casti.10