COMMERCIAL SYNTHETIC APERTURE RADAR (COMSAR) data has considerable value for multiple applications and missions. Global national security concerns reinforce the need for unified Combatant Commands (COCOMs) to have continuous awareness of their area of responsibilities. A United States commercial Synthetic Aperture Radar (SAR) capability that provides sharable GEOINT (geospatial intelligence) at any time and in any weather condition is critical to enhancing situational awareness and gaining a tactical edge.

The United States is increasingly undertaking military, humanitarian and disaster relief missions in coalition with like-minded partner nations. These multinational efforts have become a pillar of U.S. security policy. Coalition actions that share mission costs and responsibilities among partner forces are preferable over unilateral strategies. The key to their success is effective communication at all levels of operations and requires the exchange of critical information including GEOINT and MASINT (measurement and signature intelligence).

Unclassified commercial GEOINT is critical to coalition operations such as Countering Transactional Organized Crime (CTOC), Humanitarian Assistance/ Disaster Relief (HADR) and defending against terrorist activity. In addition, civil applications such as environmental monitoring, safety of navigation, regulatory compliance and maritime domain awareness are all best supported and enhanced by robust use of commercial synthetic aperture radar.

Finally, the U.S. pivot to the Asian-Pacific region along with increasing threats to U.S. interests in Eastern Europe, South America and Africa only increase the need to work with varied coalitions. Many of these areas are subject to persistent cloud cover and require high-resolution sharable GEOINT and MASINT data. 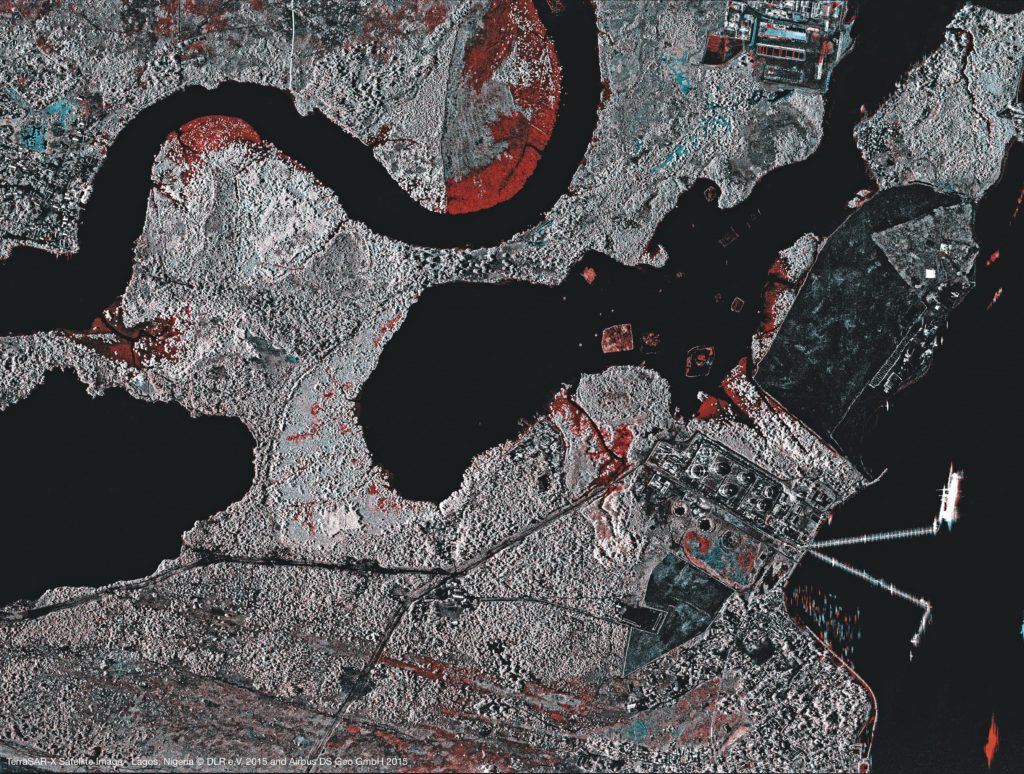 In October 2015, the Virginia-based XpressSAR Inc. was granted a license by the Department of Commerce to operate a private, commercial, space- based, SAR remote sensing system. XpressSAR is the first 100% U.S.-owned company licensed to operate a commercial constellation of four high-resolution commercial X-Band SAR satellites capable of collecting data with a ground resolution of 30 meters to sub-meter. The satellites will operate in an equatorially inclined orbit 48° North and South at an altitude of 425 km. Command, telemetry, mission control, processing and data storage will be in Florida. XpressSAR is designed to provide guaranteed multiple collections per day over the area of operation. “The Genesis of the XpressSAR SAR constellation concept was the outcome of several years of meetings and discussions with various stakeholders such as the COCOMs, defense related agencies, U.S. civil governments, as well as Asian allies of the United States,” said Wolfgang Biedermann, XpressSAR’s CEO. “These discussions helped shape the mission and capability design of the constellation.”

The importance of SAR for COCOM commanders relates to the cloud persistent nature of their area of operation and the need to share high-resolution GEOINT information with U.S. coalition partners. Many of these COCOMS operate in the so-called “Arc of Instability,” which is the region of the globe where most conflict and terrorism exists. It also happens to be where the majority of the world’s energy and important raw materials reside and ocean commerce takes place.

“The XpressSAR mission has been optimized for the ‘Arc of Instability’ region of the planet,” said Tom Ager, XpressSAR Technical Advisor. This is a swath of territory running from the Caribbean Basin through most of Africa, the Middle East and Central and Southeast Asia. The challenge within the Arc is that certain nations possess oil, minerals and other strategic items that developed economies depend upon. They also occupy geopolitically important areas, have a majority of the population that is young and harbor the bulk of the world’s terrorist and insurgencies. In short, most of the regional hotspots today are within the Arc of Instability, which is also the cloud-belt area of the Earth.

The All-Weather Nature of SAR

SAR will allow observations of the Earth’s surface day or night, regardless of weather or cloud conditions. Unlike optical remote sensing systems, which rely on the sun for illumination, SAR provides its own illumination via microwave transmissions from the satellite. These transmissions are coherent, which means that both amplitude and phase information are retained. The sun’s illumination reaching the Earth is incoherent (scrambled), which means that only amplitude information can be used in an optical system. Clouds, weather and lack of sunlight impact the ability of optical systems from acquiring data.

Security concerns across the global landscape reinforce the need for continuous awareness over certain areas of interest. SAR is a capability that can provide intelligence imagery anytime regardless of the weather. SAR will enhance the U.S. government’s capability through providing critical unclassified situational awareness. Applications that can be satisfied with XpressSAR include: 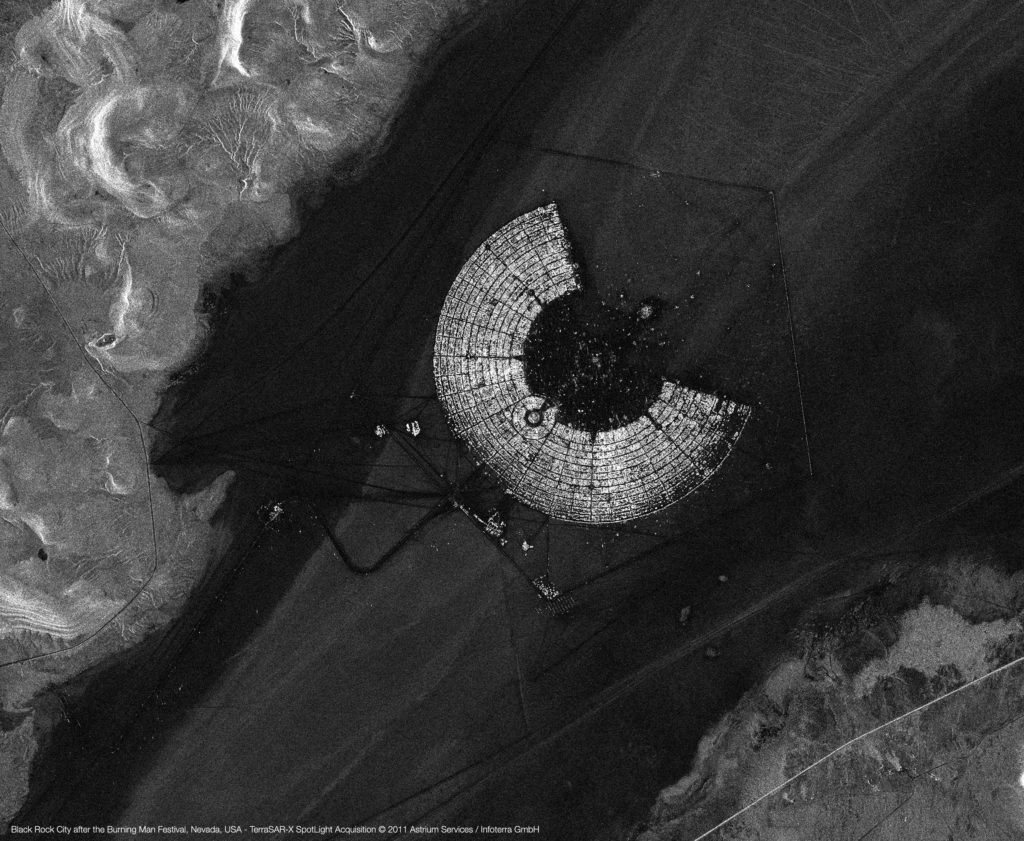 Currently, all of the operational COMSAR systems are owned and operated by non-U.S. entities and are significantly supported by their respective defense ministries and governments. Since 2007, these systems have delivered high-resolution, high-quality X- and C-Band data products and worldwide direct downlink services. Prior to October 2015, U.S. licensing policy applied more stringent controls on operation and dissemination of SAR systems and data than on optical systems. U.S. policy is particularly stringent in the handling of “phase history data,” which are the raw data collected by the satellite and are most valuable for advanced interpretation of image data. These restrictive data dissemination policies are a major reason why no U.S. firm has been able to effectively enter the global SAR market. 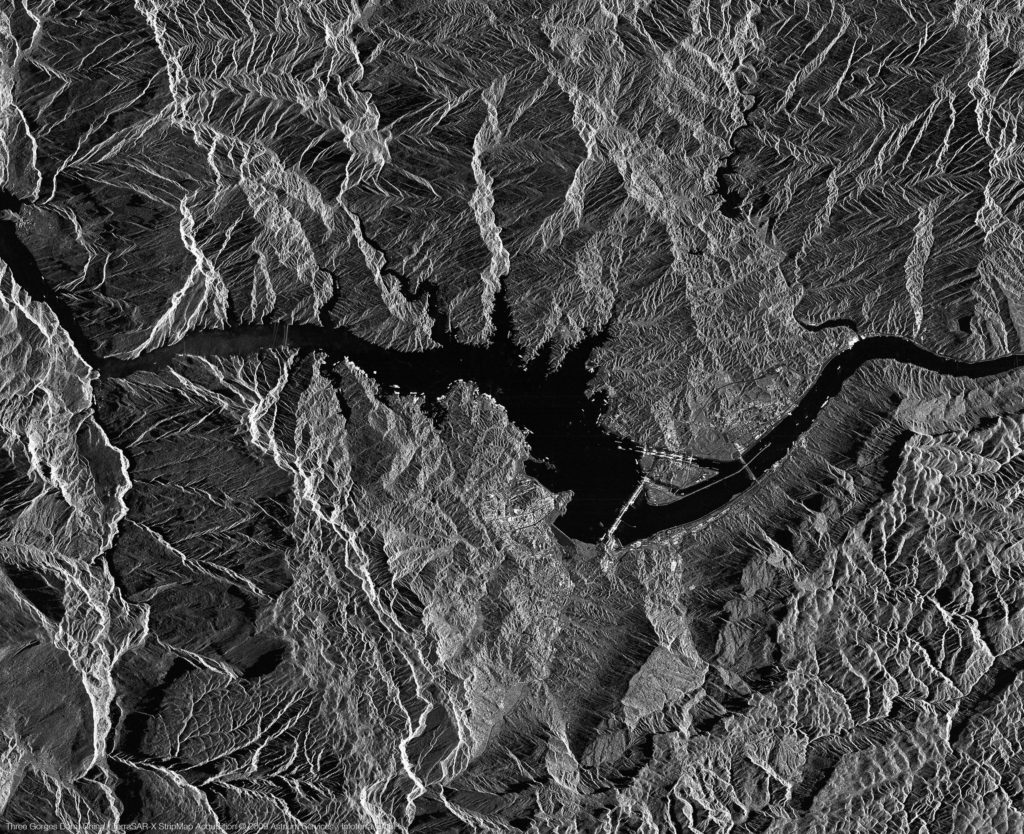 A key goal in 2006 National Space Policy was to “Enable a dynamic, globally competitive domestic commercial space sector in order to promote innovation, strengthen U.S. leadership, and protect national, homeland and economic security.” The United States is not leading, however, with regard to space-based commercial radar imaging systems. Although the U.S. government granted a 1-meter resolution radar-imaging license in 2000, the licensee was not authorized to sell better than 3-meter resolution imagery. Meanwhile, non-U.S. COMSAR suppliers significantly improved their capabilities.

National Security Presidential Directive 27 (NSPD) states it is the policy of the United States to advance and protect national security interests by maintaining leadership in remote sensing and sustaining the U.S. remote sensing industry. Presidential Policy Directive 4 (PDD) states that the United States is committed to growth of a U.S. commercial space sector. The 2011 National Security Space Strategy states that the United States should rely upon proven commercial capabilities to the maximum extent practicable. The new COMSAR companies (XpressSAR and others listed below) provide an opportunity for the United States to promote the resurgence of an  efficient, internationally competitive, U.S. commercial SAR remote sensing enterprise with a space mission that is cognitive of private sector growth and public sector capabilities. The XpressSAR system does not have the same secrecy restrictions as national assets; therefore, information generated by the constellation can be shared with U.S. allies and civil agencies. In addition, a U.S. SAR satellite constellation provides trusted resiliency and is a complementary addition to the nation’s fleet of GEOINT and MASINT satellites. See U.S. policy timeline at the end.

High-resolution Synthetic Aperture Radar has historically been restricted to the world of defense and intelligence and only used by a small club of nations. The commercial use of SAR began in 1995 with the launch of the Canadian C-Band system called Radarsat. Radarsat’s best commercial resolution was 3-meters at the time and thus restricted its usefulness to very specific markets like maritime applications and ice monitoring.

With this larger frequency allocation, the next generation of X-Band SAR satellites will be able to offer high-quality sub-meter resolution imagery with increased quality to better analyze surface features such as infrastructures and vegetation. This will drastically improve applications such as surface movement detection due to more precise information on the unstable layers near the surface, or maritime safety through detection of smaller vessels and refined identification of suspicious activities.

The strategic and tactical value of commercial SAR is finally being recognized and is beginning to take hold in the GEOINT community. From highly accurate global digital elevation and terrain models to maritime domain awareness to persistent surveillance in regions with chronic cloud cover, SAR provides capabilities and advantages over electro-optical imaging systems. Enhancing the future of SAR are new cost saving technology, advances in data capture and processing and access to higher bandwidth enabling the acquisition and processing and dissemination of richer, more detailed data. Future SAR missions will provide better information and unprecedented image resolution quality, which will enhance our understanding of Earth, ocean, and atmospheric processes at lower costs than heretofore possible.

1997: Former Sen. Dennis DeConcini noted, “No U.S. Company has been licensed to sell high resolution radar imagery.” Noting that 12 U.S. companies had been granted licenses since 1992, but none for radar, he argued, “if Commerce does not license a radar satellite system, then a foreign owned radar system, with a one meter or less capability, will enter the market leaving the U.S. government with no effective control in this area.”

May 1998: Former Sen. Tom Daschle wrote to the Pentagon noting, “If currently proposed restrictions on U.S. commercial remote sensing satellites are not revised, the capabilities of foreign SAR systems will quickly exceed those of the United States.”

June-November 1998: A U.S. company (Space Radar Corporation) obtains a license to operate a 1-meter resolution commercial radar satellite, but data sold could not be better than 5-meters.

2004-2005: The Government considers, but does not issue a 1-meter commercial radar satellite license.

June-December 2007: Germany’s TerraSAR-X and Italy’s COSMO-Skymed 1 are launched with better than 1-meter capability.

October 2015: XpressSAR, Inc. receives the only license for sub-meter resolution to date.