The Art and Urgency of Creating Worry 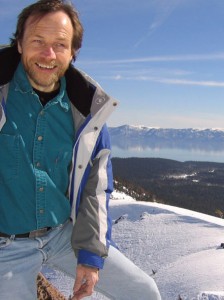 When a few people die because of a new variety of bird or swine flu emerging somewhere on the globe, the global community reacts with immediate alert and takes measures to avoid certain plausible trajectories. We are worried because we have experienced the severe impacts of global flu pandemics and still remember the extreme measures that were needed to cope and eventually contain the pandemics in 1918, 1957, and 1968. The Spanish flu in 1918-1920 killed about 50 million globally, almost as many as the 2nd World War.

Individually, we all have experiences that connect us emotionally to being affected by a flu; we know that everyone, rich and poor, white and black alike, can be affected and potentially killed by a flu. We are worried, and we appreciate that measures are taken to avoid a pandemic.

Behavioral research tells us that the ‘rational actor’ model does not describe human decision making satisfactorily, and the field of economics is revolutionized by these findings.1 Neuroscience shows that the human brain is a unified, highly evolved system with complementary, rather than conflicting, components,2 and as a consequence, our decisions and choices are not based on rational considerations alone but are integrated into a context of emotions, fear, hormones, and reward agents. That to which we can’t relate has little impact on our decisions.

In particular, risk management is largely driven by worry.3 When we fail to be alarmed about a risk or a hazard, we seldom take precautions. Our recent personal experience strongly influences the evaluation of a risky option. The prospect of a global influenza pandemic has the preconditions required to worry us: it happens frequently enough to be present in our personal experience, and we perceive the risk as real and high. We are ready to accept what needs to be done to avoid the pandemic.

Climate change and sea level rise do not have the preconditions to worry us. Our experience is based on many centuries of relatively small climate change and almost no sea level change. Personal experience with serious consequences of global warming is rare and mostly restricted to the poor regions in the world. Moreover, climate change is expected to affect the poor more than the rich — the developing world more than the developed world. Adaptive capabilities often depend on economic means, and the developed world is believed to have more options to adapt to new climate and sea level regimes.4

Worrying experience about increased sea level rise is also limited to some of the mega deltas in the developing world and a few low-lying urban coasts in the developed world. The worries are just starting to spread beyond these areas, partly because of recent experience with hurricanes like Katrina and Sandy.

Behavioral research also shows that low-probability events generate less concern than their probability warrants.3 For example, we are not too concerned about a major volcano eruption comparable to the largest ones that took place during the last 2,000 years. Today, such events would have unparalleled global consequences.

An extreme climate change and a large sea level rise during the next few decades have a low probability but they cannot be ruled out scientifically. But most of us don’t seem to be worried to the extent the probability of these events deserves. The range of plausible trajectories of the planet for the next 50-100 years includes some trajectories that should be frightening.

In terms of possible temperature changes, the upper range included in the diagrams produced by the Intergovernmental Panel on Climate Change (IPCC) is already frightening enough.5 Some scientists consider temperature increases above the range considered by the IPCC as plausible.6

The upper range of sea level rise due to ocean warming and limited cryospheric contributions as anticipated in the last IPCC assessment7 would be disastrous. IPCC did not consider possible contributions from the large ice sheets, which are difficult to quantify since we don’t fully understand the response of these huge ice masses to a changing climate and we have no models to predict the changes.8 The rapid melting of even a small fraction of these ice sheets would result in very high sea level trajectories9 that should virtually scare the hell out of us.

Climate change and sea level rise have the plausible potential to kill as many people as a global flu pandemic and, in addition to that, they also could change living conditions including food, water and energy security permanently. However, scientists who point out that we have no scientific basis to rule out these extreme trajectories are in danger of being discredited as alarmists. This may explain why many of the scientists who publish papers, which show the plausibility of these alarming trajectories, seldom point out the dire consequences these futures would imply if they really happen.

Based on the recent amazing results of neuroscience and behavioral research, we can actually understand why we are not yet worried too much about climate change. But we should be. As a civilization, we need to find ways to achieve a realistic level of worry so that we can make the necessary choices to avoid these extremes, if possible.

Rationally, we know that the impact of a large asteroid would seriously threaten our civilization and kill a large fraction of the global population. However, this low-probability event is not worrying the average individual. A few scientists, who understood the extent of the threat, convinced NASA to implement an Asteroid Watch. I am sure, if we would discover a large enough object approaching Earth we all would be very worried. The hope behind this Asteroid Watch is that we can discover an asteroid approaching Earth in time to do something about it to avoid the impact. (Editor’s note: See story on asteroid threat and policy on page 34.)

How can we learn the art of creating worry about climate change? We certainly need more scientists who are not afraid to be called alarmists by those whose cultural, political, and emotional context blocks them from being worried by a reality that is already today causing suffering and loss and has the potential to become devastating on a global scale. We need outspoken experts who understand the meaning of probability and can fathom the threat that low-probability extreme climate change and sea level rise pose to our civilization. We need these experts to work with those who can connect to the emotions of the people: film makers, book authors, artists…and those who make a business out of being worried: the insurers and reinsurers.

Equally important, we need a much greater effort to describe the global and climate change trajectory our planet is taking so that we know as soon as possible whether we are in for one of the more extreme ones. As I pointed out in my last column, the fact that we are in the Anthropocene can be visualized with humans having moved from the backseats of the bus into the driver seat. The driver needs to have a clear view of the road in front and an understanding of the trajectory of the bus.

Already the Agenda 21, which was a result of the World Summit in Rio in 1992, emphasized the need for coordinated Earth observations and for the creation of knowledge that would support decisions for sustainable development. The World Summit on Sustainable Development in Johannesburg in 2002 reconfirmed the need for coordinated Earth observations, and this led to the establishment of the Group on Earth Observations (GEO) in 2005, basically with the

task to clear the front windows and allow the drivers to see the road ahead. (Editor’s note: An interview with Barbara Ryan, Director of the GEO Secretariat appears on page 14.) The tool for that is the Global Earth Observation System of Systems (GEOSS). The vision for GEOSS, which is a future where decisions can be informed by Earth observations, is no longer a nice-to-achieve vision; it is a necessity for the survival of our civilization.

But are we making the necessary progress? While there is some progress, for example, in areas such as a wildfire and drought services, the delivery of information to the bus drivers is still an unsolved problem. It may be the intergovernmental nature of GEO that is causing the slow progress, or the voluntary character of the organization. Cross- coordination between participants and topics is limited, greatly reducing the societal benefit of the data collected and information created, at this time.

A thorough analysis of what needs to be observed and what is missing has not been con- ducted, and much is addressed in a bottom-up manner leaving crucial parameters unobserved. As a consequence, we do not have the early warning systems, the “smoke detectors,” that could warn us if a rapid climate shift or a rapid sea level rise is emerging. We are approaching a new Ministerial Summit on Earth Observations (the sixth since 2003), which will take place in January 2014. A small hope is that this Summit would finally respond to the urgency and take major steps to clear the front windows of the bus.

There is a chance that comprehensive Earth observations would rapidly show that we are likely to be in for the more extreme climate change and sea level rise trajectories. I am not sure whether we then would still be able to do something to mitigate or adapt, but it seems like the only way to create a global worry about climate change is by a concerted effort of realists in natural and social science, art, business, and governance.