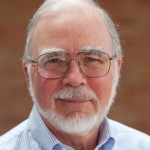 Earth Observation analysts from developing countries face several daunting challenges in pursuing their chosen profession. They have very limited budgets for data and software and they often have to work with hardware that is far from state-of-the-art. Further, local or national opportunities for training are often limited.

When Secure World Foundation (SWF) teamed up with the Regional Centre for Space Science and Technology Education for Latin America and the Caribbean (CRECTEALC), and the Mesoamerican Center for Theoretical Physics (MCTP)in November 2013 (see Apogeo Spatial, Winter 2014) to offer a training workshop for Mesoamerican Earth observation analysts and disaster management personnel, two of the persistent needs that workshop participants cited were for training in free, open-source software and guidance in locating sources of free or low-cost Earth observation (EO) data. We began the process of responding to these needs with the November workshop, but intensified the effort in May 2014 with a follow-on workshop in Tonantzintla, Mexico, the home of the Mexico Campus of CRECTEALC.

Here again, the focus was on building the capacity of Mesoamerican EO data analysts and disaster management professionals to mitigate the effects of natural disasters and to manage response effectively. This second workshop was held on the campus of the Instituto Nacional de Astrofísica, Óptica,y Electrónica (INAOE), which also houses CRECTEALC activities.

CRECTEALC, MCTP, and SWF supported travel and accommodations for those participants in need of assistance. Other partners included the U.S. National Oceanic and Atmospheric Administration (NOAA), the Group on Earth Observations (GEO), the Committee on Earth Observation Satellites (CEOS) and the Mexican Space Agency (AEM).

The Regional Centre for Space Science and Technology Education in Latin America and the Caribbean (CRECTEALC) was established on 11 March 1997 through an Agreement signed by the Governments of Brazil and Mexico. At present, CRECTEALC is based on two campuses, located in Brazil and Mexico. In June 2003 the Center became affiliated to the United Nations.

In carrying out its activities, CRECTEALC collaborates in various forms with many other institutions. In 2013, CRECTEALC and Secure World Foundation signed a Memorandum of Understanding committing them to work together on projects of mutual interest. 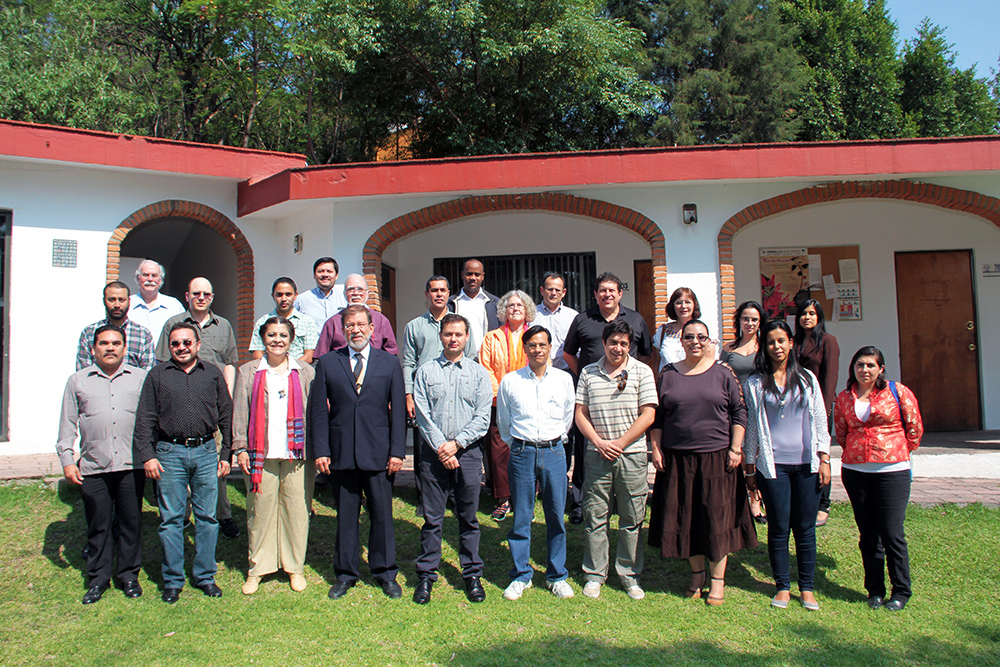 FIGURE 1.
Attendees at the Workshop on the Use of Open- Source Software and Satellite Data in the Prevention of, and Response to, Disasters in Mesoamerica,
in Tonantzintla, Mexico, May 2014.

The workshop emphasized the wide range of free data and analytic tools available online. Representatives of NOAA, NASA, the World Meteorological Organization (WMO), and the Famine Early Warning System (FEWS) made virtual presentations about the data and analytic tools they have available. Table A provides links to these sources of information and tools. We also devoted three days to hands-on training in the use of Q-GIS and TerraMA2 by Dr. Scott Madry of the University of North Carolina and Dr. Laércio Nakigawa of the Brazilian National Institute of Space Research. The training was supplemented by digital manuals containing detailed instructions.

We chose to provide training in Q-GIS because it is widely used and supported in several languages, including Spanish. Also, it has a module for preparing responses to a natural disaster. We chose TerraMA2 because it is a very powerful risk analysis software, suitable for most geospatially-related risk situations. As a testament to its practical utility, this software package is routinely used by municipalities throughout Brazil. Like Q-GIS, it is free and open-source, which means that individuals can add new modules or adapt the code to fit specific situations.

In discussion, several issues emerged that merit close attention. These issues extend beyond the workshop’s agenda, but need addressing if we are to improve the use of geospatial tools for disaster risk reduction.

Disaster managers often find that introducing new tools such as EO data and GIS analysis into their workflow can be difficult and frustrating. Once they see that the capabilities of remotely sensed data and GIS can solve some of their pressing problems of timeliness, accuracy of information, and ability to assess risk, they then have to deal with the hard task of adjusting to the new tools and altering procedures to fit them. The GIS/image analysis community could assist that important process by focusing more effort on helping disaster managers to introduce their methods into workflows.

Participants noted the general lack of coordination and interaction among government agencies dealing with natural disasters. All too often government agencies with a role in disaster mitigation and response do not coordinate well, each going about its part of the effort independently of the others. Indeed, incompatible communications systems may make coordination nearly impossible.

Recognizing this impediment to efficient and effective disaster mitigation and response, the Dominican Republic set up an inter-institutional group on geospatial information for decision making in risk management. Xavier Rodriguez of that country’s Civil Defense and National Commission for Emergency Response, gave a compelling account of why and how that entity was established with commitments made by eleven state ministers. Importantly, the process had the backing of the president of the Dominican Republic, a fact that played a strong role in making sure the process carried through to completion. 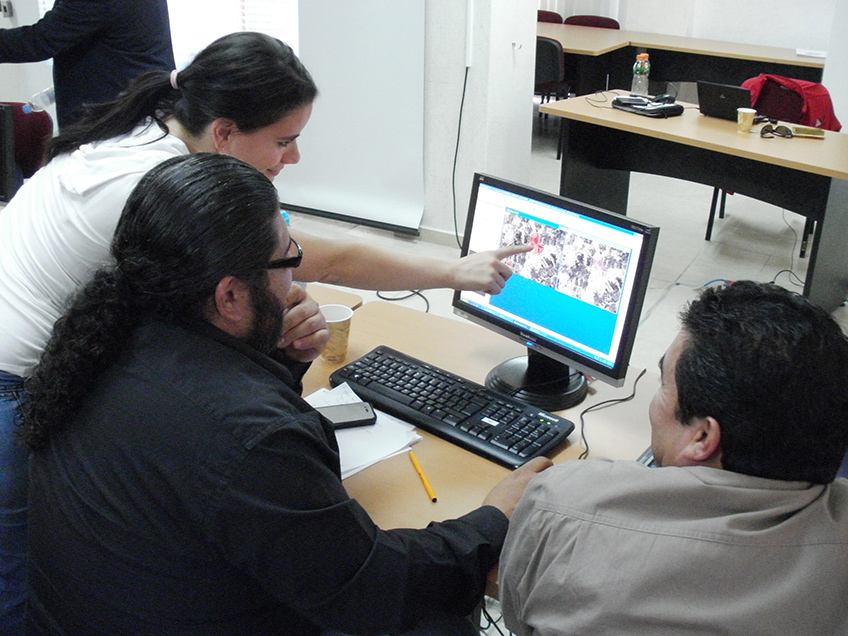 Throughout the workshop, we urged the value of regional cooperation and suggested that participants create a Mesoamerican network of GIS professionals to help and support each other. In a surprise presentation during the last hour of the last day, workshop participants revealed that in the evenings they had been working on the creation of a new organization, entitled the Mesoamerican Open-Source Disaster Activities or MOSDA. For us, this was an exciting development. Among other things, this organization, if successful, will be able to provide timely and accurate information to decision makers. Unsurprisingly, this announcement put a big smile on every one of the organizers’ faces.

It is of course much too early to say whether MOSDA will be successful, but it is an important step forward. We wish them well. It is now up to others in the region to help this fledgling group prosper and reach its goals, among which is a reduction in risk and the resulting losses from natural disasters.

Finally, access to timely data at a variety of spatial, spectral and temporal resolutions and their conversion into useful information remain impediments to realizing the full benefits of geospatial information. Fortunately, as noted in several Apogeo Spatial issues, the new commercial systems, which are seen as disruptive to the EO data marketplace, may provide welcome relief to disaster mitigation and response agencies by making a wide variety of data available to civil protection agencies at very low cost. We can hope that they prove a very positive disruption for the geospatial community.

Table A. Useful Websites For Data, Information and Tools