is Critical for Calibration of Imaging Sensors

Earth Observation Satellites are typically defined by the spatial resolution of the imagery they collect. While resolution – the ability to differentiate small features on the ground – is undeniably important, the absolute geometric accuracy of acquired image data is just as critical for the vast majority of mapping applications. Whether high-,medium- or coarse-resolution, every imaging sensor system must undergo extensive calibration after launch and maintain a consistent calibration while operating to achieve the highest possible geometric accuracy. To facilitate this process, CompassData has established a worldwide network of calibration test sites for imaging sensors.

Numerous remote sensing satellites now orbit the Earth capturing a nearly continuous stream of imagery that plays a crucial role in monitoring natural and man-made changes to the planet. Accuracy is paramount in detecting slight alterations to land forms, vegetation and infrastructure. But before these images can be relied upon in vital research,the sensor systems must be calibrated to ensure that the data they collect is reliable.

Geometric accuracy refers to how closely the horizontal and/or vertical location values of coordinates match the actual coordinates on the ground. The quality for the sensor system in question is then defined as the difference in coordinate values between the model and the real ground points. A minimization of this difference, or error, is desired to produce high-quality imagery and subsequently models.

Many factors influence image accuracy. The developers of imaging sensors and digital cameras put tremendous effort into building equipment with perfection in mind. Still there will always be minute flaws in manufacturing of sensor arrays and infinitesimal imperfections in the opto-electronic components that detract from perfect accuracy in the sensor. 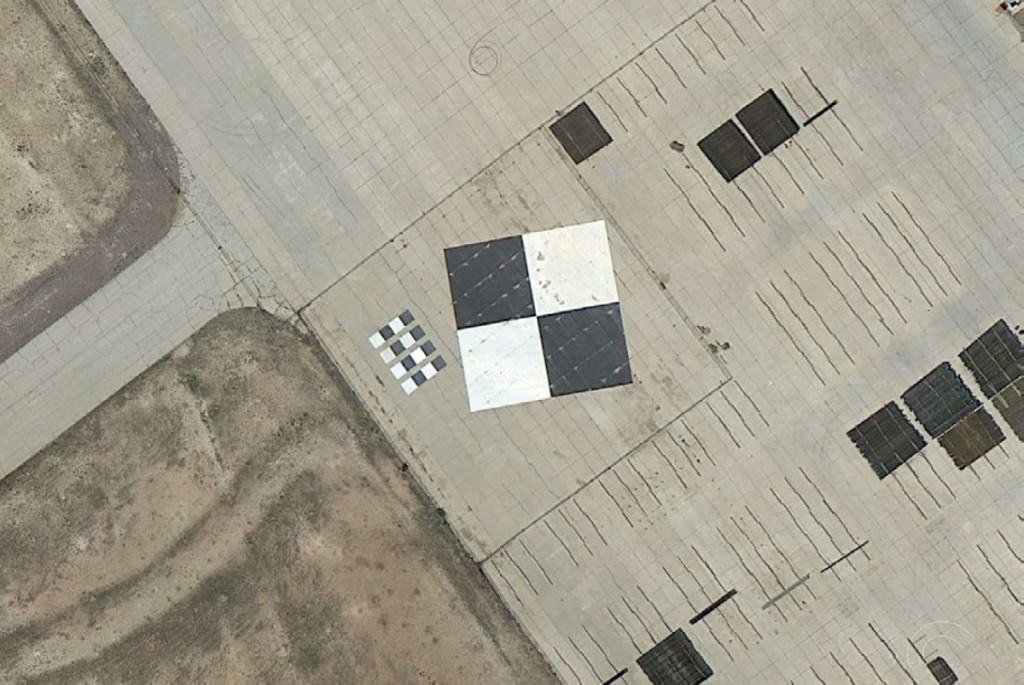 The integration of sensors into satellites or in an aircraft are complex steps of embedding the imaging hardware in an overall system of processors and navigation equipment such as gyros, star trackers, GPS, IMUs and other high-tech modules. Once integrated, the imaging hardware has become part of a sensor system. This integration can induce errors that impact accuracy as well.

After it has been launched or flown, this integrated system requires testing and calibration, which involves calculating the accuracy of acquired imagery and then adjusting the system to compensate for errors.

With so many new Earth observation satellites being planned and launched, accurate GCPs (Ground Control Points) are much in demand for calibration of imaging sensors. To meet this demand and facilitate the calibration process, CompassData offers clusters of GCPs as calibration sites around the world. Of course, any other combination of GCPs can be used to calibrate a system, but these points are stored in a commercially available, web-accessible archive along with extensive metadata, photos and station diagrams. 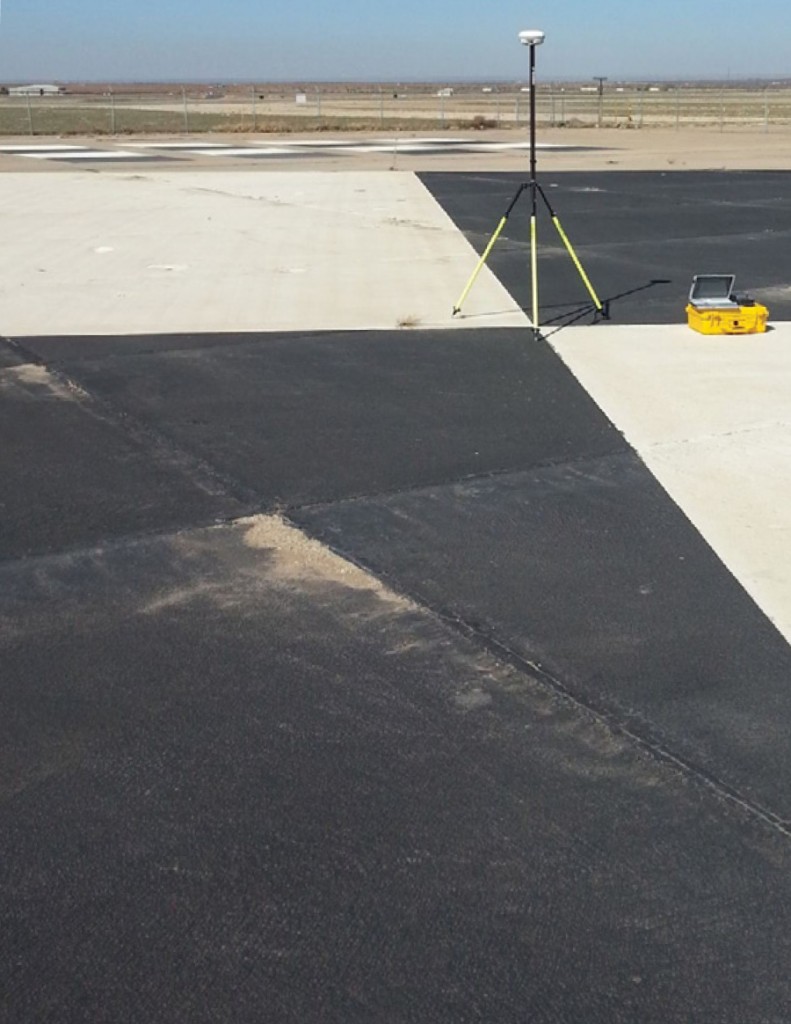 The archive currently contains 30,000 points collected in over 79 countries. Although the GCPs are used for a variety of geospatial applications related to satellite and aerial image products, as well as LiDAR and IFSAR surface models, CompassData has worked closely with numerous sensor developers to provide the GCPs needed to calibrate new sensor systems.

While accuracy is always a primary objective in GCP collection, the firm has put significant effort into developing standardized procedures to ensure the points have consistent quality regardless of where they are captured on Earth. For many geospatial applications, including sensor calibration, GCPs in North America must be consistent with those in Asia, Europe and Africa.

Ground-based GPS surveys and the GCPs they generate play a vital role in the calibration process. Once a system has been launched or deployed for the first time, the initial image data it collects are compared against multiple GCPs to calculate the horizontal and vertical geometric accuracy.

The calibration sites have been rated for satellite, aerial photo/LiDAR or all sensor types. In general, the test sites that are considered appropriate for airborne sensors contain GCPs collected on smaller photo-identifiable features easily visible in very-high-resolution imagery acquired by a low-altitude aircraft. Points in the test sites rated for satellite sensors are typically larger ones that can be identified more easily at the spatial resolutions more common in orbiting platforms. Many GCP sites chosen with black-and-white panchromatic sensors in mind have high visual contrast—a white sidewalk in a grassy field, for instance.

While airborne sensors are often calibrated by flying over a single test site close to a base airport, satellites utilize GCPs from multiple sites worldwide in their calibration processes due to the global nature of their operations, and so that Earth observation satellites can be calibrated based on a variety of atmospheric and terrain conditions around the world.

For these situations, high-quality ground control points collected at more than 500 worldwide airports and thousands of other locations around the globe are included in the CompassData archive for use in processing imagery and
re-calibrating the sensors when they are far from the official calibration sites.

It’s important to keep in mind that no sensor is perfect, but GCPs on the ground can overcome imperfections and establish a perfectly georeferenced product. Collection of accurate consistent GCPs is as much art as science. GCPs must be acquired by certified surveying experts using professional-grade GPS receivers and adhering to standardized, documented procedures that do not change with the personnel or geographic location involved.

FIGURE 4.
CompassData has over 30,000 photo-identifiable ground control points and growing. Each dot is representing a cluster of GCPs covering a major city.

True for any ground control application, GCPs used in sensor calibration must be captured along with meta-data information that ensures the right point is found in the imagery—station diagrams or sketches as well as ground photographs showing the exact location of the point. And of course, the accuracy of the control point itself must be included with the data set.