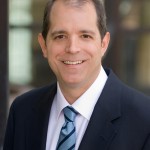 Over the past decade, the commercial satellite imagery industry has experienced its share of turbulence. U.S. companies, after experiencing steady growth and increasing U.S. Government demand, spurred by two wars in the Middle East, were jolted by the combination of the global financial crisis, the U.S. budget ordeal and sequestration. In 2013, the U.S. Government cut its commercial imagery budget in half, prompting the merger of the two major commercial imagery companies, GeoEye and DigitalGlobe.

In a span of less than a decade, U.S. industry had consolidated from three companies into one. The merger signaled an end to the National Geospatial-Intelligence Agency (NGA’s) widespread investment in commercial remote sensing systems, data, products and services. Despite recent rhetoric at GEOINT 2013(4) in April from the Director of National Intelligence and NGA Director Long about the virtues of commercial imagery and how important it is to DOD and the Intelligence Community, the Golden Goose is out of eggs, for now. James Clapper, Director of National Intelligence, said that 90 percent of the NGA’s underlying intelligence now comes from companies like DigitalGlobe. But he said companies should not rely on the government to underwrite new satellite programs (quoted in Reuters, May 23, 2014).

This editorial was written just prior to the long-awaited change to the commercial remote sensing license, allowing U.S. companies to sell imagery at better than .5-m resolution.

It is in vogue in Washington today to quote Churchill’s famous line (lifted from a New Zealand physicist): “We are all out of money. Now we must think.” Great ideas often emerge from crisis or difficult circumstances. The denial of one aspect, or diminished prospects in a market, often forces new thinking and a consideration of alternative forms of business and operations. It also focuses attention on developing other markets and new approaches to markets that have been overlooked and underserved.

Out of Washington’s self-described Age of Austerity has emerged perhaps the Age of the Constellation or the Age of Innovation in commercial imagery systems. The recent successful launches by Skybox Imaging and PlanetLabs and Urthecast as well the pending development of systems by BlackSky Global and OmniEarth have ushered in a fresh set of ideas—from operations to products—in how to unlock the hidden potential in the global marketplace for geospatial products. In addition to video collection, source data is expected to further diversify with new companies emerging to provide 12-band multispectral and at least two companies contemplating hyperspectral offerings.

If these ventures are successful in launching all the satellites and all the capabilities they have advertised, it would represent a massive expansion of satellite imaging capacity that dwarfs today’s traditional U.S. and foreign commercial systems. The transformation from high-priced imagery product to global-scale commoditization of high-resolution pixels would be complete. Each company promises to continue in Surrey’s well- established focus of changing the economics of space. Advances in composites and miniaturization and other key technologies allow these companies to field “good enough” systems at a fraction of the cost of the traditional providers like DigitalGlobe and Airbus.

The ability to offer imagery data at bargain basement prices, the theory goes, will unlock pent up demand from users who have traditionally viewed commercial imagery as too expensive, too difficult to obtain and largely unreliable. The long sought after Killer App in the commercial imagery industry it turns out isn’t an app at all—it’s improved service delivery powered largely by Web and cloud-based solutions.

The one wrinkle to this theory is just that; it’s based on a theory. The problems these companies are trying to address through less expense products and a Web 2.0 delivery model are real and have persisted since IKONOS was launched in 1999. While great strides have been made in penetrating commercial markets, the defense and intelligence market remains the fundamental underpinning of success for commercial imagery providers. According to market analysis and consulting firm Euroconsult, the overall market for imagery data tops $2 Billion and is expected to grow steadily for the next decade. Defense users globally comprise over 60% of this total market. The massive capacity expansion promised by these new systems at affordable price points should position these companies well in the traditional defense market. The Director of NGA is on record, most recently at the 30th National Space Symposium in May, that persistence is the Holy Grail of the geospatial community.

Constellation and video companies provide something approaching persistence without bankrupting the treasury. Still the promise of cheaper pixels is alluring and the fact that many of these innovative companies are exposing APIs for applications development may produce new products that can be monetized and further their reach into existing and untapped commercial markets. Again, Euroconsult has estimated that commercial markets—based on growing use of data for location-based services and increased need for monitoring and analytics solutions—will continue to grow at a fairly robust pace in the next decade.

The new companies and new concepts should come as no surprise. The very establishment of the high-resolution commercial imagery industry resulted from similar threats to traditional defense budgets. In the early 90s, with the Cold War won, the Pentagon signaled to its base of prime contractors that they should not rely on defense funding to sustain them. They needed to diversify into new markets.

In the reconnaissance/surveillance arena, companies like Lockheed Martin and Raytheon took these threats seriously and formed Space Imaging, the company that pioneered the commercial sub-meter resolution IKONOS satellite (which by the way is still healthy and flying at the ripe old age of 14). Other companies like DigitalGlobe, and OrbImage emerged. When the predicted commercial market did not rapidly appear, these companies matured based largely on a robust partnership with the U.S. Department of Defense.

However it was a partnership based on shared government and industry risk. While no one expects the DOD to restore commercial imagery funding to pre-2013 levels, the amount of new investment from outside sources presents an enormous opportunity for the U.S. Government or any government for that matter. Wall Street and Silicon Valley are pouring money into these new companies at a surprising rate given current economic conditions. Governments can leverage these investments to procure new products and services at less expense and less, or no, risk than previously. Government needs for reliable, high quality, unclassified imagery data and products have not slackened. The advent of these capabilities could—and should—prompt a reconsideration of budget priorities for NGA, NRO, and other agencies and departments globally. “The capabilities the commercial space has now and the even better capabilities on the near horizon are a critical part of the [intelligence community’s] strategic plans,” Clapper said in a May 21, 2014 interview with Space News. “We all want commercial space imagery to do well. I have a lot invested in it, personally and professionally.”

The long sought after Killer App in the commercial imagery industry it turns out isn’t an app at all—it’s improved service delivery powered largely by Web and cloud- based solutions.

Governments, and the U.S. Government in particular, should also reconsider their policies and regulatory regimes. While these new capabilities and diverse source offerings create new regulatory and policy challenges, governments should strongly support investment in these new technologies and concepts of operation to ensure that these companies can compete—in government and commercial markets. Governments have traditionally balanced national security and economic interests in making regulatory policy. The balance has tipped too far in the national security direction. Imaging satellite systems are proliferating—not just in North America, but globally. Capabilities are improving here and abroad as demand increases. The creation of a new, more industry-friendly national commercial imagery policy accompanied by a loosening of the government’s regulatory grip would continue to foster this growth to ensure companies have every opportunity to be successful in this transforming market.