Lidar Remote Sensing on the ISS 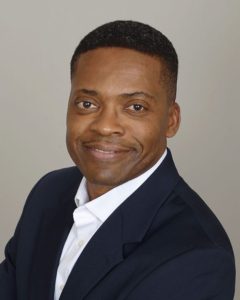 Since the International Space Station (ISS) began operations in November 2000, it has served as a host platform for testing several remote sensing and Earth observation instruments. Traditionally, NASA and the other ISS program partner space agencies have sponsored the development of the majority of these instruments, with the main objective to improve our scientific understanding of Earth’s dynamic terrestrial and atmospheric systems.

More recently, the ISS U.S. National Laboratory has facilitated increased access by private companies, such as Urthecast, Visidyne, Teledyne Brown Engineering, and Orbital Sidekick, either for the testing of sophisticated, proprietary imaging sensors hosted on external commercial-use ISS facilities or for the development of new analytical tools to provide targeted data and imagery to end users. This brief article highlights and summarizes the objectives and results of two lidar (light detection and ranging) remote sensing missions—one present and one past—to the ISS and their benefits for both scientific and commercial pursuits.

The Global Ecosystem Dynamics Investigation (GEDI) instrument is a lidar sensor that was launched to the ISS on SpaceX’s 16th commercial resupply services mission on December 5, 2018 and installed on the Japanese Experimental Module Exposed Facility (JEM-EF). See Figures 1-2. 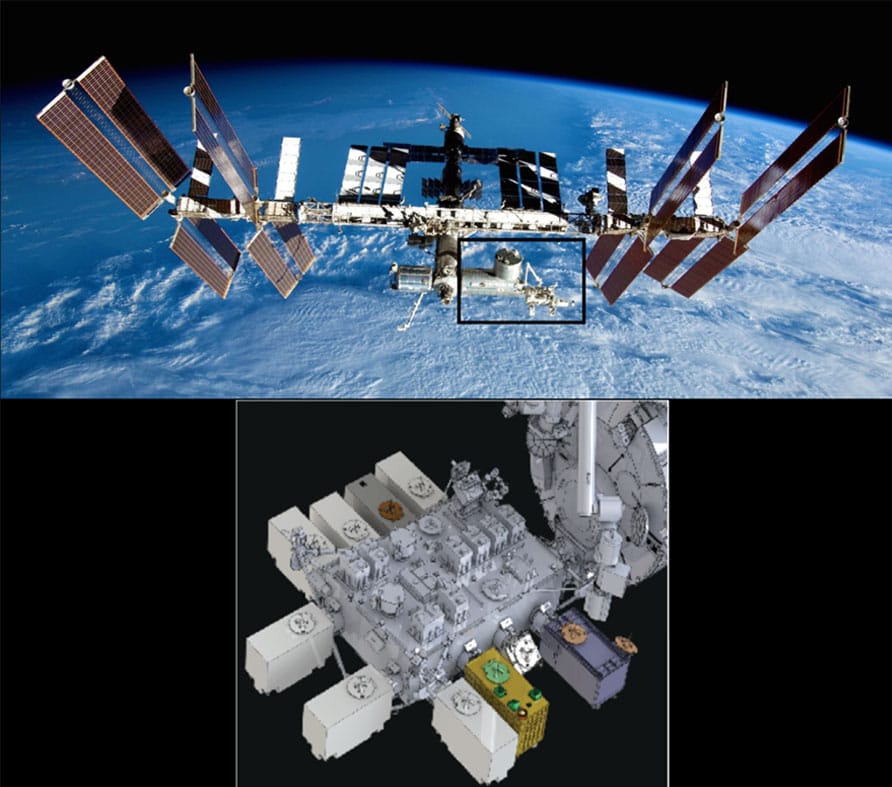 Figure 1. Upper: The ISS and location of the JEM-EF. Lower: Location of GEDI (highlighted in gold) on the JEM-EF. Image courtesy https://gedi.umd.edu/instrument/instrument-overview/. 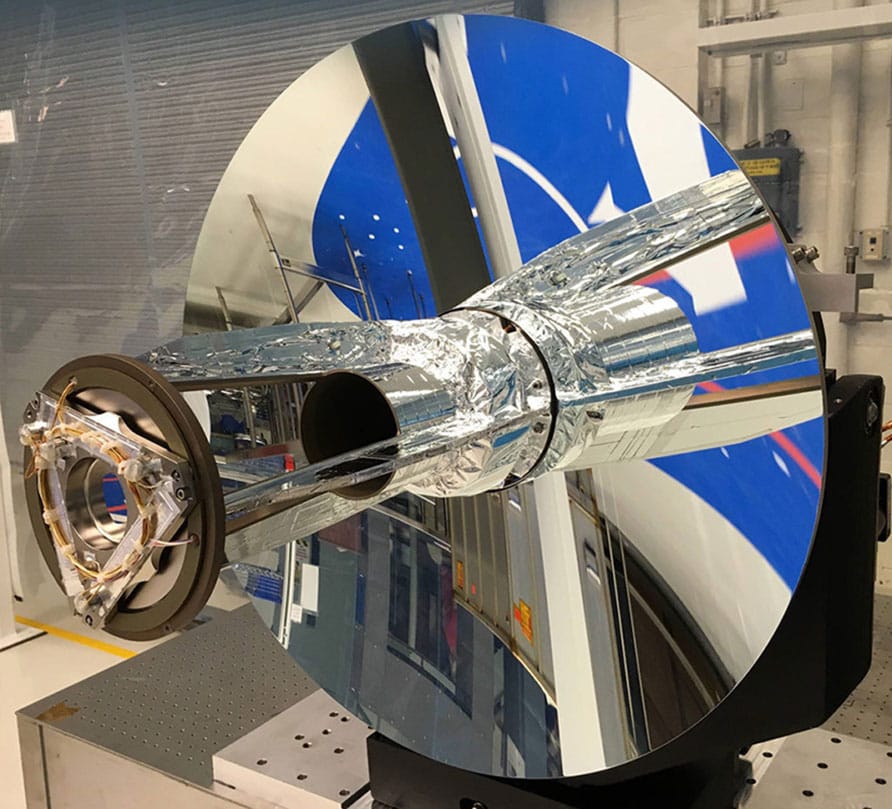 GEDI is a full-waveform lidar system with three lasers that emit 242 pulses per second at 1,064 nm and precisely record the amounts and return timing of reflections from vegetation and other objects at different heights above the ground. The lasers produce a total of four beams and eight ground tracks, covering a 4.2-km (2.6-mile) swath perpendicular to the flight path. GEDI can be rotated on the JEM-EF by up to 6°, which allows the lasers to be pointed 40 km on either side of the ISS ground track.

From the three-dimensional waveform data,detailed metrics on surface topography, canopy height and cover, and vertical structure will be derived and used to quantify the impacts of deforestation and forest regrowth on the Earth’s global carbon balance. GEDI is one of the first lidar sensors from space that is “enabling the translation of forest height and canopy measurements into estimates of above-ground carbon, how it’s changing, and how forests may or may not be able to sequester it in the future,” according to Todd Neff in his book, The Laser That’s Changing the World. The dense spatial sampling will also provide new high-resolution data to characterize plant and animal habitats across global ecosystems. GEDI is scheduled to collect data for two years. See Figure 3. 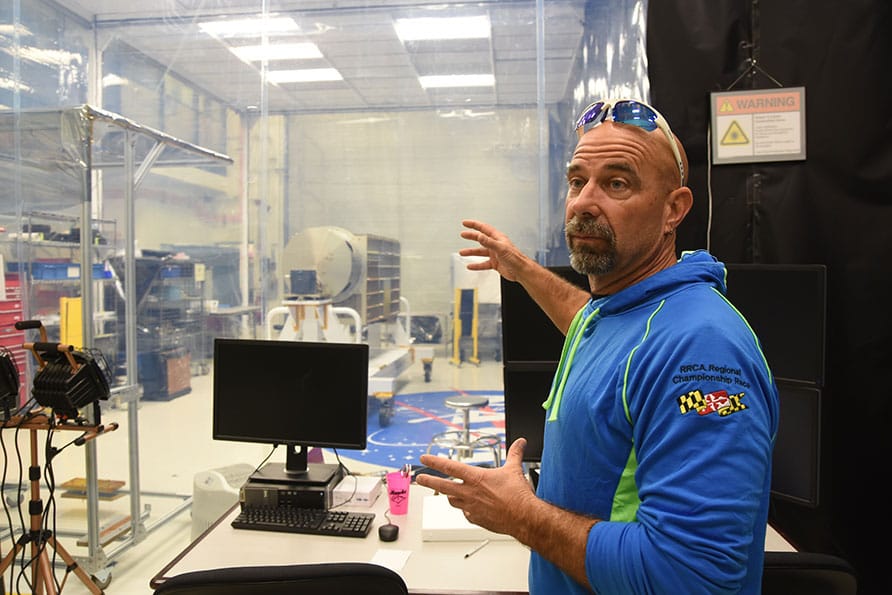 FIGURE 3.
NASA Goddard GEDI program manager Jim Pontius describes the GEDI instrument, which is behind him in a clean room, in October 2017 as capable of “decadal science.” Photo courtesy of Todd Neff, author of his new book, The Laser That’s Changing the World.

The Cloud-Aerosol Transport System (CATS) mission was launched in January 2015 and ended in October 2018. CATS used a two-laser lidar system operating at three wavelengths to provide vertical profiles of atmospheric aerosols and clouds from the ISS. In its primary multi-beam mode, splitting of the first laser into 532-nm and 1064- nm wavelengths provided information on the layer type (i.e., cloud or aerosol). The secondary CATS mode used the second laser and narrower wavelength intervals to demonstrate the use of high-spectral-resolution lidar, and it also tested a shorter laser wavelength of 355 nm.

Cloud and aerosol location and height were obtained from the CATS information. Additionally, the concentrations, persistence, and types of aerosol particles from different sources such as dust, sea salt, fires, volcanic eruptions, and fossil fuel combustion, were also determined. The results also indicated that detection at 1,064 nm provides a more representative picture of the above-cloud aerosol layer than detection at 532 nm.

The orbital path of the ISS allows for remote sensing over large portions of Earth’s atmosphere and surface. At an inclination of 51.6° and average altitude of 400 km, the ISS completes approximately 16 orbits every 24 hours, and every three days, it passes over the same area under varying solar illumination.

CATS’ lidar comprehensively covered the primary aerosol transport paths over the tropics and mid-latitudes and collected data at different local times of day for study of the diurnal changes and effects of clouds and aerosols on climate and weather patterns. The CATS instrument was the first space-based lidar to provide near real-time (less than six hours) cloud and aerosol data to users, thereby significantly improving the accuracy of computer models for aerosol forecasting. See Figures 4-5. 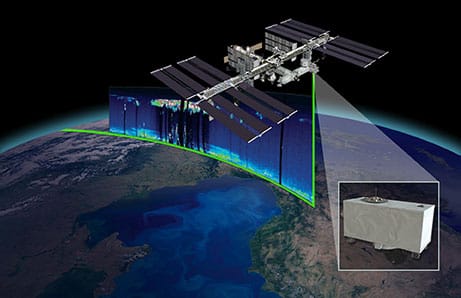 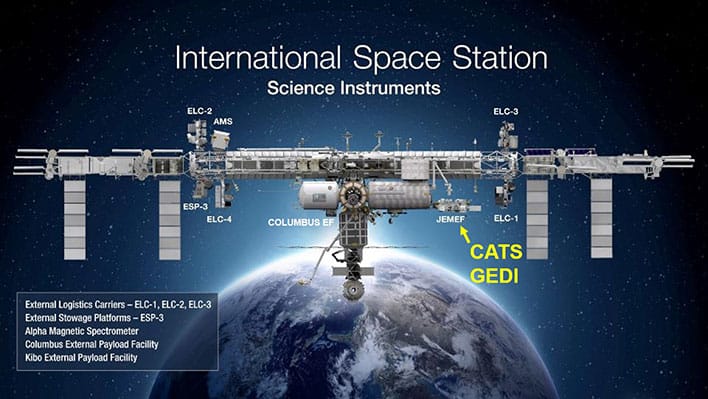 For lidar from space, CATS followed CALIPSO (Cloud-Aerosol Lidar and Infrared Pathfinder Satellite Observation) spacecraft that studies the role of clouds and aerosols in the Earth’s weather. It is part of the A-Train constellation of five satellites studying the climate system, and also measures particles below the ocean surface, including phytoplankton. It is a joint mission with CNES, the French space agency.

“The CATS instrument was the first space- based lidar to provide near real-time (less than six hours) cloud and aerosol data to users, thereby significantly improving the accuracy of”computer models for aerosol forecasting”

When combined with GEDI lidar and remote sensing data from past missions such as CATS and the Hyperspectral Imager for the Coastal Ocean (HICO), these ISS sensors covering Earth’s land surface, vegetation, oceans, and atmosphere provide rich and unprecedented opportunities for data fusion, analysis, and modeling by scientists, researchers, and commercial companies all seeking to understand and contribute to the preservation, conservation, and sustainable use of Earth’s resources.

THE LASER THAT’S CHANGING THE WORLD:
THE AMAZING STORIES BEHIND LIDAR FROM 3D MAPPING TO SELF-DRIVING CARS 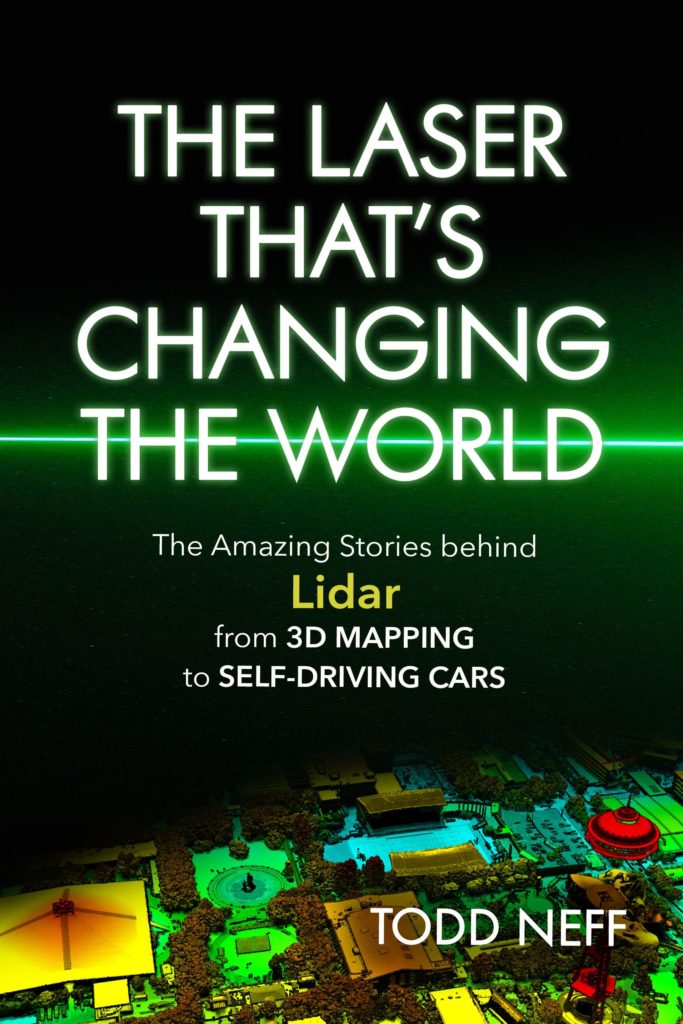 The Laser That’s Changing the World is a new comprehensive science and technology book that tells the stories of lidar’s origins, the people who propelled it forward, and how tech-transfer has taken lidar from new technology into mainstream commercial applications. Author Todd Neff looks back at the history (providing an excellent additional timeline at www.lidarhistory.com) and looks forward to where lidar will take us.

Lidar has quietly radiated from its niche in atmospheric science to water to land and into space. It has helped us better understand the air we breathe, the creep of continents, the paths of intercontinental ballistic missiles, the water in mountain snow packs, the damage done by hurricanes, the impact of climate change on ice caps and much more. Lidar has found lost cities and mapped modern ones, characterized enemy territory from cruising altitude, nabbed speeders, avoided blackouts, and listened to the conversations of stink bugs.

It’s now headed to the streets, where lidar will soon go mainstream as a key enabler of self-driving cars, averting thousands of traffic deaths a year, changing how we commute and, over time, reshaping our cities and how we live in them. The book was released Oct. 9, 2018, from Prometheus Books.

“Here is a grand tale of genius, grit, and serendipity—a sweeping history of the unsung invention that is transforming modern life. Just as lidar has revolutionized how we see, comprehend, and navigate our world, this timely book will open your eyes to the fast-changing technological environment that surrounds you.”—David Baron, author of American Eclipse “Here is a masterful presentation of the development of optical remote sensing from its very beginning, using searchlights to study the sky. With the advent of the laser, lidar was born, and this book follows the explosive development of the revolutionary impact that lidar continues to have in fields as diverse as meteorology, surveying, 3-D imaging, virtual reality, and autonomous vehicle guidance. The reader gets to know the key people in each of these fields and effectively joins their team in responding to the complexity of the challenges and the array of advanced technologies involved. A captivating and fast-moving adventure, meticulously researched and documented, this book is essential reading for everyone interested in the expanding impact of science and technology on the modern world.”—Allan I. Carswell, CM, FRSC, FCAE, FCASI, PhD, DSc, PEng, Professor Emeritus, York University, and founder of Optech Incorporated and president of the Carswell Family Foundation “This book provides a rich history of laser scanning and lidar that will fill in many of the missing pieces of the development puzzle of this soon-to-be ubiquitous technology. GPS became mainstream, but lidar will be more important.”— Gene V. Roe, PhD, founder of Lidar News