A Unique Earth Imaging and Observation Platform for Sustainability 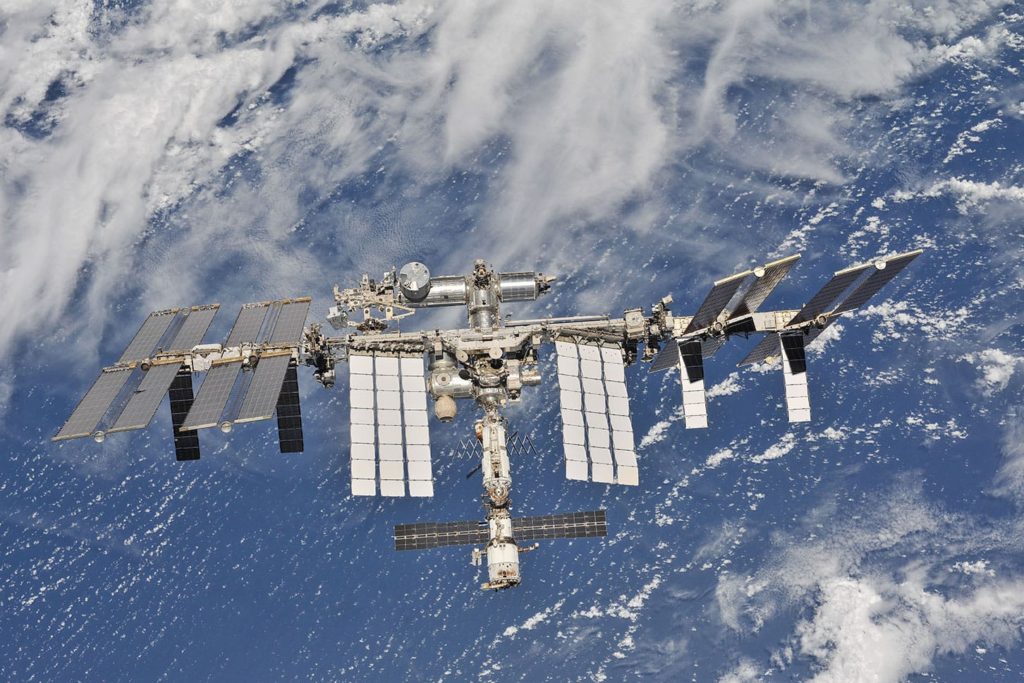 Image of the International Space Station courtesy of NASA. 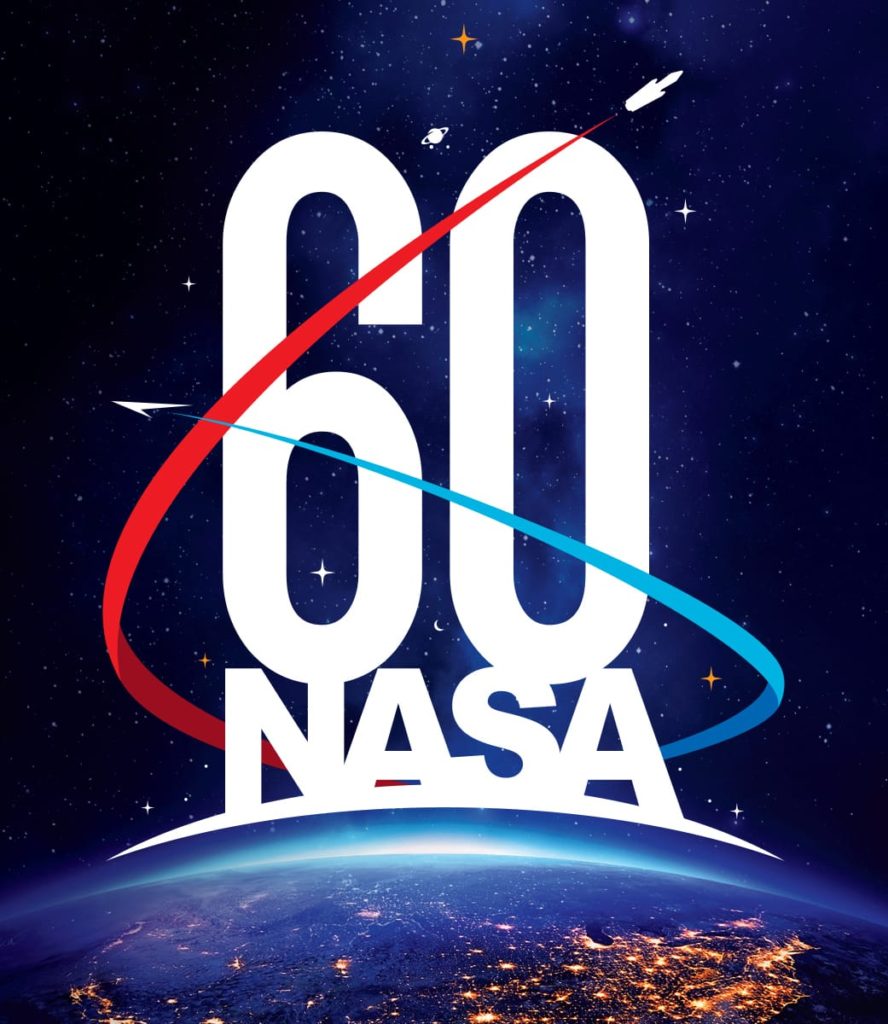 The International Space Station is a unique place – a convergence of science, technology and human innovation that demonstrates new technologies and makes research breakthroughs that are not possible on Earth.

It is a microgravity laboratory in which an international crew of six people from around the world live and work while traveling at a speed of five miles per second, about 17,130 miles per hour, orbiting Earth every 90 minutes.

The space station has been continuously occupied since November 2000, with 222 people from 18 countries living there in those 18 years. Crew members spend about 35 hours each week conducting research in many disciplines to advance scientific knowledge for the benefit of people living on our home planet.

The station facilitates the growth of a robust commercial market in low-Earth orbit, operating as a†national laboratory†for scientific research and facilitating the development of U.S.†commercial cargo†and†commercial crew†space transportation capabilities.

More than an acre of solar arrays provide power to the station, and also make it the next brightest object in the night sky after the moon. You donít even need a telescope to see it zoom over your house. And weíll even send you a text message or email alert to let you know when (and where) to look up,†spot the station, and wave via apps, such as ISS HD Live.

The space station remains the springboard to NASA’s next great leap†in exploration, enabling research and technology developments that will benefit human and robotic exploration of destinations beyond low-Earth orbit, including asteroids and Mars. It is the blueprint for global cooperation – one that enables a multinational partnership and advances shared goals in space exploration.

Humans and our ancestors have always gazed up at the night sky with wonder and awe. Only in very recent memory have we been able to gaze back at our planet from that same sky. Today, it is routine to see images taken from space that look back down on our planet. Stunning images of the northern lights, harrowing images of hurricanes, and beautiful nightscapes of whole continents lit up by human-generated light commonly appear on our TV, computer, and phone screens.

Perhaps the scientific power behind these images is not always front of mind as we appreciate their aesthetics. However, the value of imaging capabilities from space significantly affects our daily lives through improved disaster response; analysis of agriculture, water quality, and the atmosphere; advanced maritime tracking; land use studies; and much more.

Specifically, the International Space Station (ISS), which orbits at an altitude of approximately 240 miles, provides a valuable vantage point for Earth observation. The unique orbital path of the ISS passes over regions of the Earth containing more than 90% of our planetís population. Additionally, in contrast to other satellites used for Earth observation that are typically sun-synchronous and capture imagery of locations at the same time each day, the ISS passes over locations at varied times of day and year. This provides views under varying lighting conditions and during different seasons—expanding the breadth of data researchers can collect on a given location.

Tracking Tropical Cyclones from SpaceTropical cyclones occur year-round, with regional hurricane and typhoon seasons peaking in certain months of the year. However, the damage done when these storms make landfall lasts far longer and lingers in our minds. Encouragingly, advancements in space-based imaging are improving our ability to predict the path and strength of hurricanes and therefore our ability to save lives.

For example, a multi-year project onboard the ISS U.S. National Laboratory is studying the eyewall-cloud altitude of tropical cyclones using 3D images constructed from astronaut photography. It may seem elementary that photography alone could help combat one of nature’s most destructive forces, but images from slightly different angles can be pieced together to estimate distance—and rapid image acquisition from space as the ISS passes over a storm can provide a large enough dataset to create 3D images of cyclones that allow accurate cloud altitude determination above sea level.

Using these data, scientists from Visidyne, Inc., study how eyewall construction relates to storm trajectory and wind speed as part of the Cyclone Intensity Measurements from the ISS (CyMISS) project. The higher-accuracy measurements resulting from the CyMISS project could help lead to improved global forecasting of tropical cyclones, which is vital to helping communities better prepare for these storms, minimizing both fatalities and destruction. See Figures 1-3. 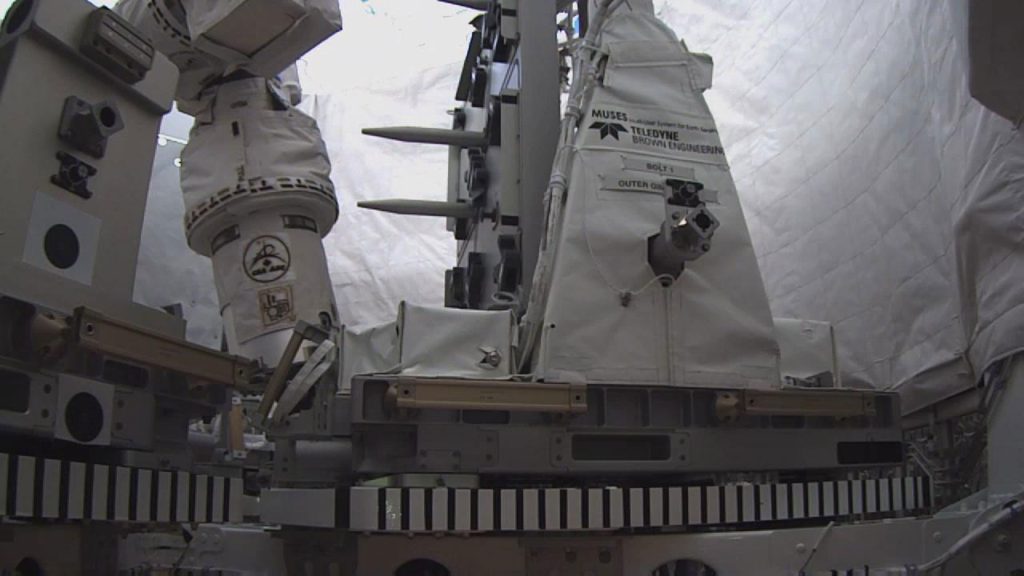 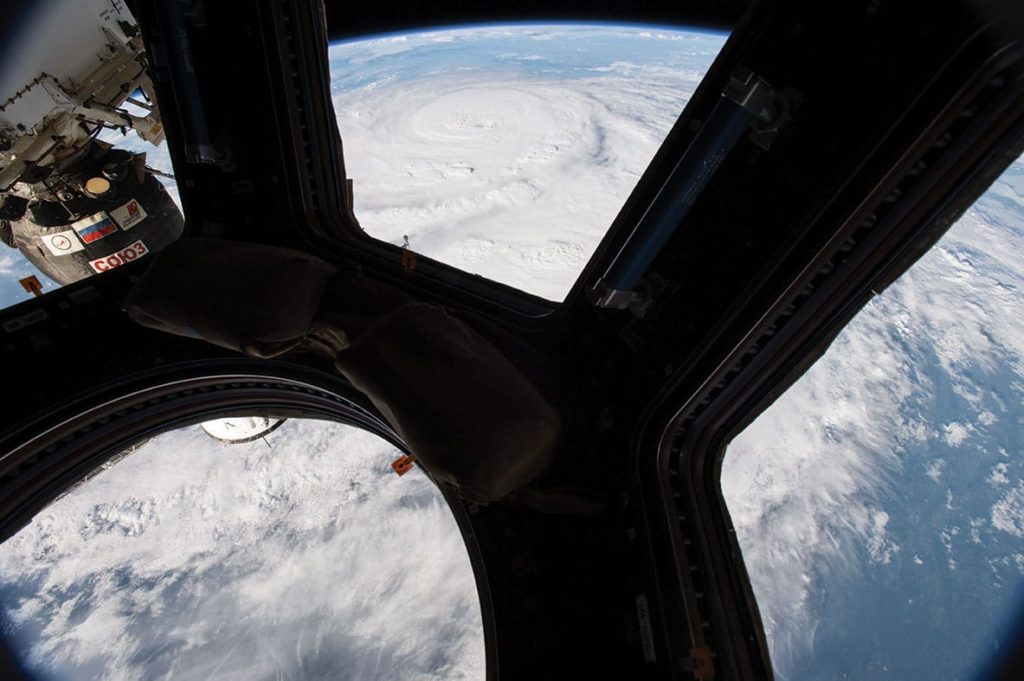 In addition to astronaut photography, advanced imaging systems like the Hyperspectral Imager for the Coastal Ocean (HICO), which operated on the
ISS from 2009 until 2014, provide high-resolution multispectral Earth-imaging capabilities. As the first space-based imaging spectrometer designed to examine optically complex coastal regions that require both land and water imaging, HICO collected more than 10,000 images during its five years of operations.

Bringing the power of space- based Earth imaging data—from not only ISS-based imagers but also the rapidly growing constellations of small satellites orbiting the Earth—into the hands of scientists around the world requires tremendous data processing systems. The highly complex processing algorithms needed to analyze and interpret these “big” data are often out of reach for researchers who do not have the necessary computers, tools, and expertise.To meet this critical need to democratize Earth-imaging data, HySpeed Computing leveraged ISS National Lab funding to develop an online analysis tool, the HICO Image Processing System (IPS). The system combines open-source and commercial software (including ENVI) in an accessible cloud-based interface that allows users to submit requests and receive results on-demand. HICO IPS is serving as a pathfinder in providing the global science community with a means to easily and quickly access and analyze valuable remote sensing data for innumerable applications.

Another ISS National Lab project that uses HICO data demonstrates how Earth imaging data from space can be used to study not only water but also land, with important sustainability implications. From space, you can see our blue planet swirled with the lush green of plants and algae
in ecosystems teeming with life, dependent upon the primary producers using sunlight to convert carbon dioxide into biomass.

Understanding daily and seasonal changes in ecosystem productivity (the rate at which biomass is generated in an ecosystem) is crucial to farmers and land managers seeking to improve the health of crops and forests and to optimize the use of resources such as water and fertilizer. Data showing how ecosystem productivity varies on a global level can also provide insight into Earth’s changing climate and show how fluctuating levels of carbon dioxide in the atmosphere affect ecosystem stability and agricultural production in the future.

Going to space to study ecosystem productivity on the ground may seem counterintuitive, but land- based sensors that measure gas and energy movement between Earth’s surface and the atmosphere are not widely available, though they do provide precise, highly localized information. Space-based sensor data enable these localized data to be used in geospatial models to monitor trends in global ecosystem productivity. By combining HICO imagery with data from ground-based sensors, researchers from the University of Maryland, Baltimore County, were able to develop robust algorithms for measuring ecosystem productivity to improve land use and crop resource management, which could enable scientists to assess variations in ecosystem productivity in areas across the world. See Figure 4. 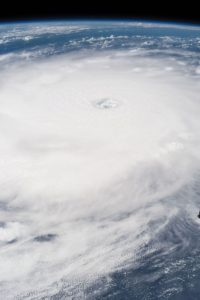 In June 2017, a new commercially operated facility solely dedicated to Earth imaging was launched to the ISS National Lab—the Multi-User System for Earth Sensing (MUSES) platform, developed and managed by Teledyne Brown Engineering. Mounted to the exterior of the ISS, the facility enables a wide variety of remote sensing and Earth observation research and provides a test bed for technology demonstration and maturation of space-based sensors.

The MUSES platform offers precision pointing and can simultaneously host up to four Earth-viewing instruments, such as multispectral and hyperspectral imagers, spectrometers, high-resolution cameras, radar, LiDAR (similar to radar but using pulsed laser light), and panchromatic imagers (sensors sensitive to a wide range of light wavelengths), among others. The instruments can be remotely serviced, swapped, or upgraded using the robotic arm on the ISS, making the platform highly flexible.Sensors hosted on MUSES can enable powerful environmental monitoring, detecting phenomena ranging from water pollution and harmful algal blooms in our oceans to coastal erosion, landslides, and flooding. MUSES instruments can also provide valuable information for global maritime tracking, land management, food security monitoring, and air quality assessment. Furthermore, as a permanent, commercially operated, remote-sensing facility on the ISS, MUSES represents a new step toward commercial investment in space-based Earth observation—estimated by Northern Sky Research in 2017 to be a $52 billion market over the next 10 years. See Figures 5-6. 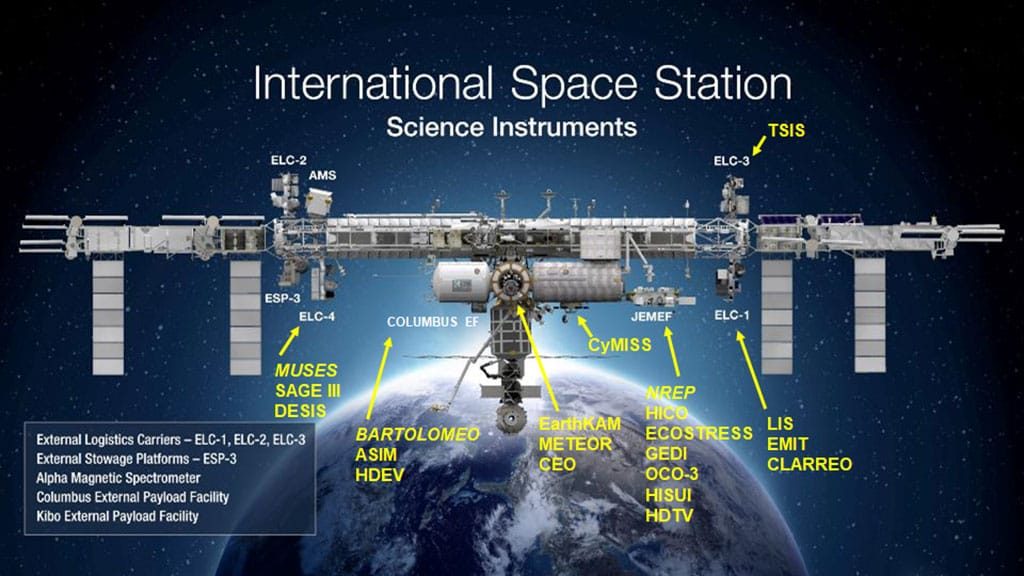 FIGURE 6.
This illustration shows selected crew-operated and automated instruments and exposed exterior facilities for remote sensing and Earth observation on the ISS. A list of abbreviations is provided in the sidebar.

In the end, of course, the space-based Earth images alone still inspire us. Apple, known for the striking aerial imagery in their AppleTV screensavers, announced a new collaboration with the ISS National Lab at their Worldwide Developers Conference in June, during which Apple previewed a series of new breathtaking aerials of Earth taken by astronauts onboard the ISS. The stunning images capture different parts of the world during day and night, revealing both natural features and signs of human activity—and the images are now available to Apple users following the release of tvOS 12 in September.

Seeing the beauty of our planet from this unique perspective, we are inspired to turn our gaze back up to the stars like so many humans before us and ask what is possible—both from the ISS and beyond.