A Threat to Space Sustainability 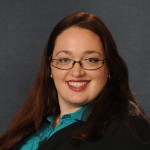 O ver the last several years, the long-term sustainability of the space environment has been a growing concern for the space community. Much of the discussion on space sustainability has focused on physical threats to satellites, such as crowding in highly used orbits and the growing population of space debris.

The concern is that these threats may jeopardize humanity’s ability to use space for the many benefits it currently provides and new benefits we have yet to even see. Secure World Foundation envisions the secure, sustainable and peaceful uses of outer space contributing to global stability on Earth; as such, we have played an active role in trying to increase awareness of these issues and promote multi-stakeholder dialogue on finding cooperative ways to address them.

Yet there is another, invisible piece to the space sustainability problem that poses just as big of a challenge—radio frequency interference (RFI). All satellites need to communicate with ground stations or each other in order to provide their services and nearly all of this communication takes place over the radio frequency part of the spectrum. There are a range of natural and human-generated threats that could interfere with the ability of satellites to effectively communicate over radio frequencies, and dealing with the challenges of RFI is an important part of the space sustainability conversation.

As part of our efforts to expand the dialogue on RFI and space sustainability, SWF co-sponsored an invitation-only breakfast salon on May 21, 2014, at the Space Foundation’s 30th Space Symposium in Colorado Springs, Colo., where a selected panel of experts brought a wide variety of perspectives to discuss both deliberate and unintentional RFI, and the current mechanisms and legal issues for dealing with them. The discussion was held under Chatham House Rule, meaning that the remarks were not for attribution.

Although the panel was drawn mainly from the satellite telecommunications community, the issue of RFI is increasingly important to those of us interested in Earth observation as well. There is growing concern that terrestrial competition for frequencies critical to radar imaging, for example, might create even more problems for remote sensing than jamming causes for the telecom industry. Given all that could be at stake, it will be wise to keep an eye on the whole range of the RFI problem.

The first speaker of the panel began by pointing out that telecommunication satellite services depend upon freedom of information “regardless of frontiers,” a basic principle that dates back to the 1948 Universal Declaration of Human Rights and is emphasized again in the 1966 International Covenant on Civil and Political Rights. After having established this, he argued that intentional RFI through the deliberate jamming of satellites limits the freedom of information and, more and more often, is being used as an “aggressive soft war weapon.”

The speaker believed that the International Telecommunication Union (ITU) could help deal with deliberate RFI by working to improve the identification of where the jamming signal is coming from, also known as geolocation. In his view, geolocation could help “name and shame” actors that are allowing deliberate jamming to occur on their national territory. Finally, the speaker suggested that increasing transparency  by creating a database of incidents could only help discourage future deliberate RFI events.

The data provided allows for the industry group’s members to undertake geolocation of RFI incidents; the speaker noted that there are legally binding conditions put on the use of that data so the members can be confident that their data is secure. The speaker highlighted a new utility that is being demonstrated during the 2014 World Cup: the Carrier ID database (CIDB), which associates Carrier IDs generated by ground segment transmitters to their authorized satellite operators, easing the way to geolocate and mitigate RFI for participants (e.g., in case of mis-pointed transmitting antenna).

The final speaker discussed potential enforcement options for dealing with intentional RFI. Article 45 of the ITU Constitution, which directs stations to operate in a manner that does not cause harmful interference to others, and ITU Radio Regulation No. 15.1, which forbids stations from carrying out unnecessary transmissions, lay the groundwork to prevent deliberate and harmful interference. However, as the speaker noted, there is not much of an enforcement mechanism, as the ITU—and the international community in general—depends upon compliant operators owning up to RFI. If hey refuse to do so, or if nations refuse to admit that jamming is coming from their territory, there is not a lot that can be done at present.

Nevertheless, the speaker hoped that perhaps the satellite communications industry can take a page from the intellectual property community’s handbook and use trade obligations as a powerful enforcement mechanism. For example, the United States and the European Union could make compliance with ITU’s efforts to prevent RFI a condition for developing countries to receive favorable trade preferences under the Generalized System of Preferences. The speaker also suggested that countries could sue foreign nations through the harmed countries’ domestic court systems for cases of deliberate RFI. In the United States, this effort would be shaped by the Foreign Sovereign Immunity Act, which has an exception clause for an action “in connection with a commercial activity.”

Finally, he suggested that perhaps, under the International Emergency Economic Powers Act, individuals, including government officials, could be sanctioned for allowing deliberate RFI that affected U.S. national or economic security. While the ITU’s efforts could be strengthened, the speaker asserted that governmental efforts, once spurred to action, could provide different options for enforcement mechanisms against deliberate RFI. Note that more on this issue can be found at the blog, LawofSchaefer (http://www.lawofschaefer.com/).

In their remarks and through engagement with the audience, the panel demonstrated that deliberate jamming is increasingly an area of concern for some satellite operators. On a positive note, however, the discussion highlighted that a number of different ways exist to handle RFI, some of which may not have been pursued in the past. Furthermore, with the satellite industry taking proactive steps to handle unintentional RFI, it is clear that a norm is emerging of what constitutes responsible behavior for actors and stakeholders in space. Given that rules of the road guide much of the behavior on orbit, it is encouraging that many stakeholders are willingly participating in the discussions and shaping guidelines that one hopes will allow for the long-term sustainable use of outer space.