Measuring the Impact of Development on the Stateís Natives

The Price of Progress in Alaska
Posted by Michael Gundling on August 5, 2015 in Features, Summer 2015

Their work is done in Nuiqsut and Kaktovik, in Kivalina and Point Hope, along the shores of the Beaufort and Chukchi Seas and the Arctic Ocean – places where the Arctic Circle is hundreds of miles to the south, where the summer sun offers 24-hour days and winter means 24-hour nights.

Little is routine about collecting data for anthropological, geographical, biological, environmental and cultural studies in those forbidding places in Alaska, where natives subsist on game, fish and the few indigenous plants. These are places where they cope with fires on the tundra, where ever-warming summers mean more and bigger bugs, where rivers are changing their courses, prompted by changing environmental conditions. They are places under assault from global warming that has caused lakes to disappear into ground that was once permafrost, places where animals the natives hunt for food are on the move racing to stay ahead of threatening change and sometimes losing the race, places where cell phone and Internet connectivity is intermittent at best.

They also are places that yield oil and gas, and that have potential for greater yields in mineral development, but at what cost?

Stephen R. Braund & Associates (SRB&A), an Anchorage firm, has been employed by government and industry since 1978 to help chart change and determine its cost by mapping ethnicity, archeological sites and cultural landscapes, and by tracking migrations of Alaska’s natives and the resources that allow them to subsist and to retain their way of life. Challenges in these specialty surveys lead field crews off the grid and beyond the map to conduct interviews, gather scientific data and research available literature that they often can help rewrite with information from detailed reports that use a combination of spatial data and structured and unstructured sources of information to present as complete a picture as possible of existing conditions in some of the most remote regions of Alaska. 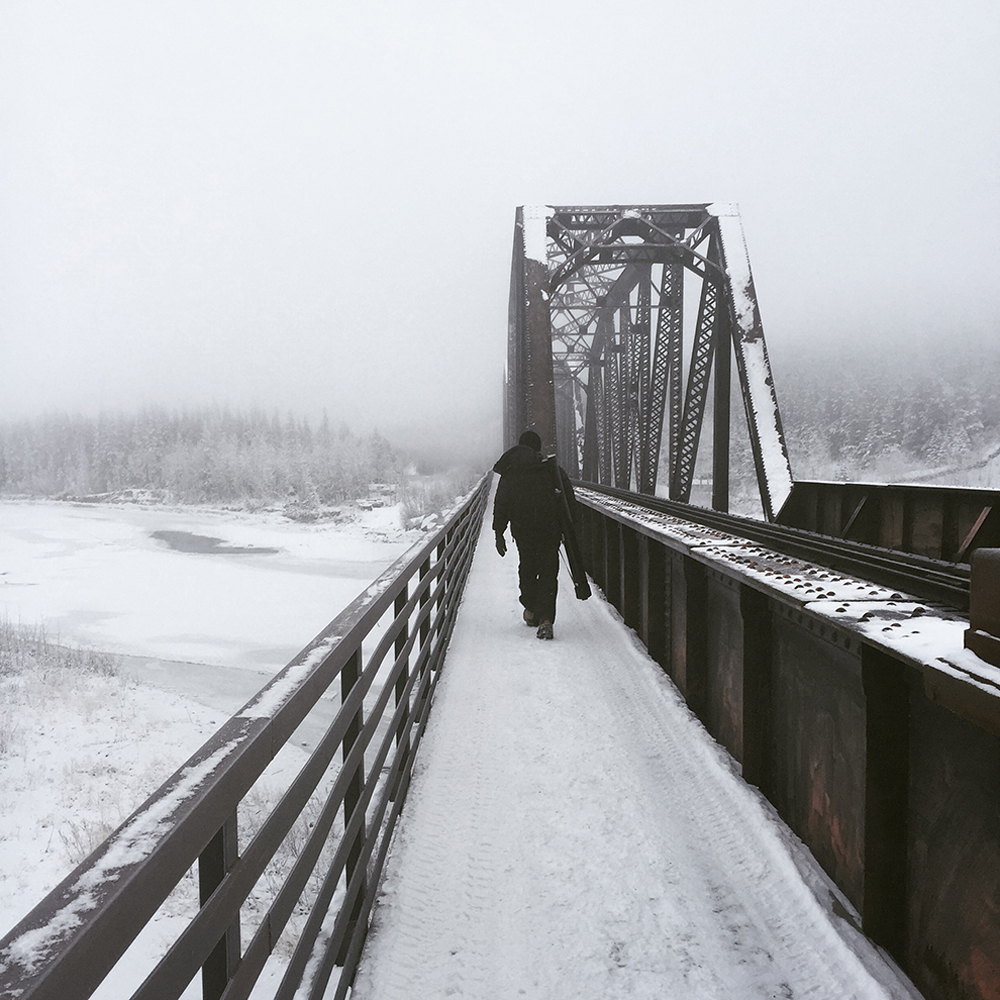 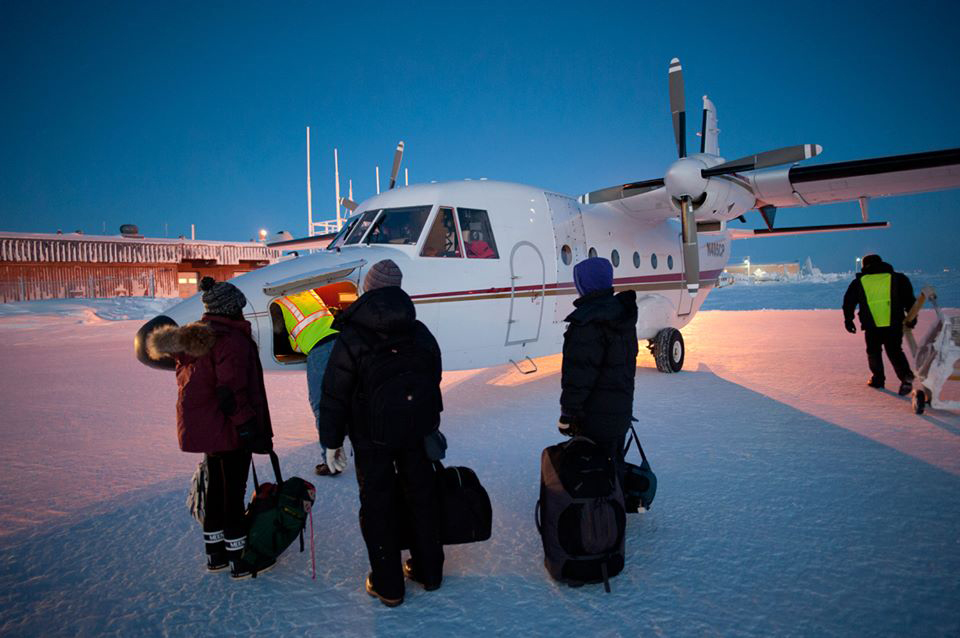 At stake are the health of Alaska’s natives and the survival of a way of life that is often at odds with industrial development. The pictures that SRB&A paints with the data it collects establish baselines, from which crews can measure change, often in areas in which moving herds of caribou – that have diminished at a rate of 4 to 6 percent per year over the past decade – and other game, and also altered cycles of spawning fish threaten the existence of natives who inhabited the land hundreds of years before ìprogressî arrived. They are areas where maps often are incomplete because they are not up to date in a time in which people and the resources they need to live are on the move. 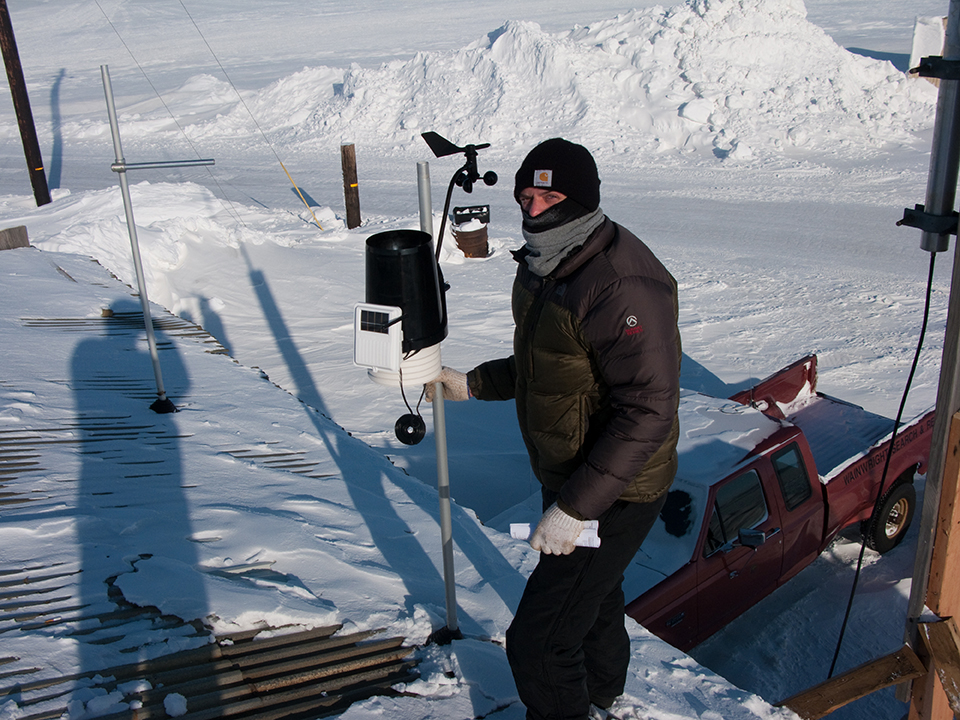 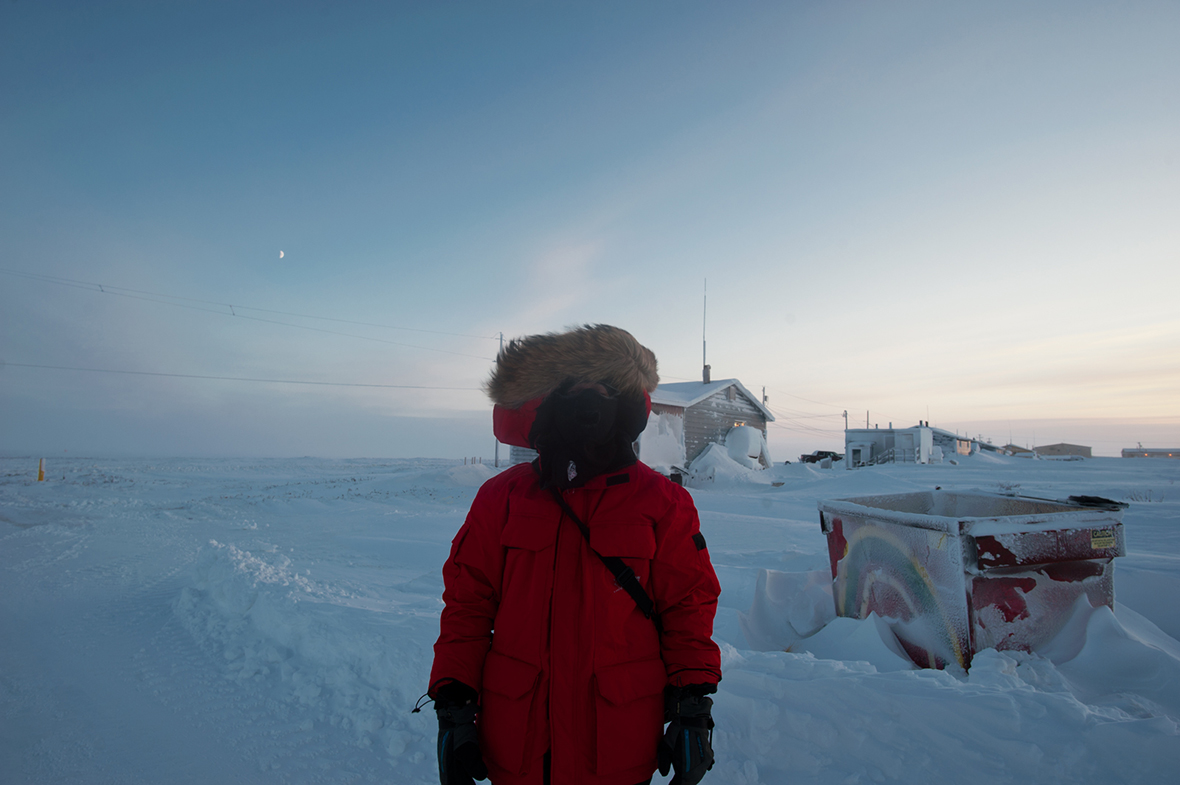 Development in the name of progress can be a threat to those communities, but SRB&A now uses new technology to help collect the data needed to better determine the extent of that threat in ways never before imagined – by the natives, and by those who measure the elements that make up native life in some of the harshest regions in the world.

Where once SRB&A operated with pencil, paper and plastic map overlays, with questionnaires and forms to facilitate data collection and make it uniform, now their backpacks of all-weather gear include digital cameras, handheld GPS devices and various software packages that changed with the times. The opportunity to do its work more easily and economically, while lightening the load in those backpacks and keep up with advancing software, led the firm to investigate location-based, mobile technology breakthroughs. The investigation included these challenges to would-be vendors:

Date collection would be made in disconnected environments with offline U.S. Geological Survey quad maps of the entire state of Alaska. Customizable forms would be integrated with the map surface. Seamless data export would not require manual data entry.

This last was extremely important. The SRB&A workforce is largely comprised of trained and educated archeologists and geologists whose skills and time should not be spent on clerical chores, such as transferring data. The workers analyze data and provide customers with expansive and detailed reports from that analysis.

Also, they are people who are passionate about their work in the beautiful but often harsh Alaskan wilderness and its remote communities, and while in the field they can benefit from two-way communication: data collected offline could be sent to the Anchorage office when connectivity can be established, and map updates can be received to help them direct or even re-direct their work.

NOT JUST A MAP

Field teams needed flexibility to meet diverse study and survey objectives that combined geographic mapping, data collection, land surveys and research interviews. While seeking to combine as many operations as possible, SRB&A looked to deploy field-data collection applications that were flexible enough to accommodate disparate workflows and meet the needs of anthropologists, surveyors and researchers.

Training time was a factor. Ease of use was critical. The company sought the ability to map areas in all parts of the state with a program that was not intimidating or difficult to use for a staff unfamiliar with GIS applications. 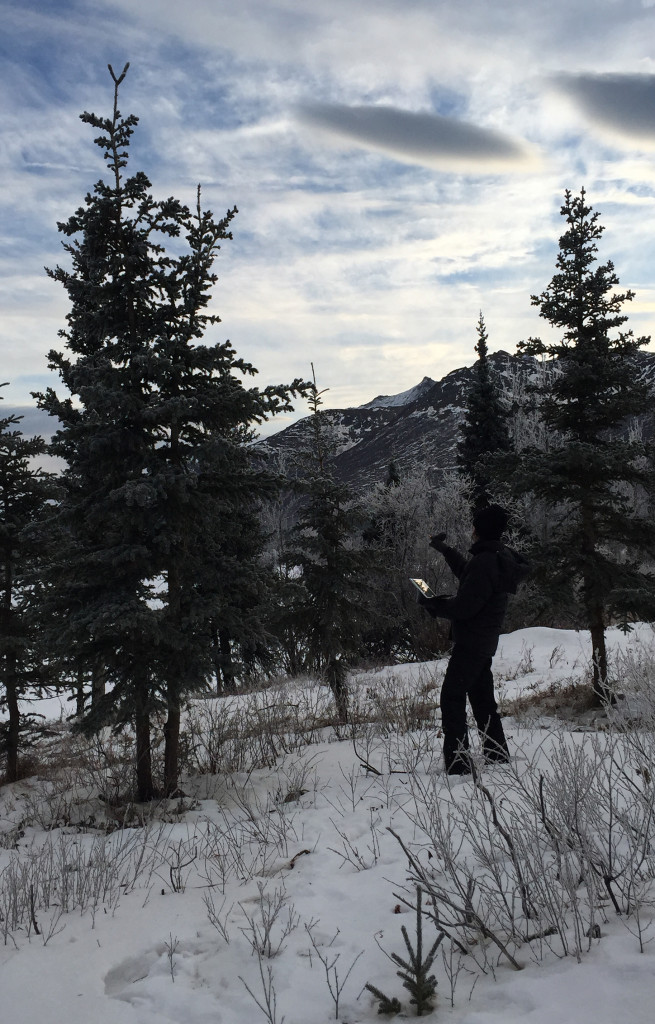 After its investigation, SRB&A field crews now use iPads with TerraGo Edge software to help them do their work. With data collection apps downloaded from the Apple App Store and onboard GPS capability, their backpacks are lighter. A customizable interface meant workers were up and running in minutes without a user manual. They could access offline maps without a network connection by bundling those maps with project notebooks ahead of time. Data could be collected and sent back to a server when connectivity was available. Steps in the process are fewer, and money and time are saved.

A cloud-based solution meant SRB&A could view job progress in real time from a web dashboard and extract data for processing and analysis and for determining if more data was needed to provide a more complete report.

“TerraGo Edge helped to drastically simplify our data collection process, said Paul Lawrence, a research assistant at SRB&A. ìIn the past, we were forced to use multiple approaches and manually combine the data later. Because this software has both custom forms and maps, our field users could collect data all in one place. This saves us both time and money in the field and back in the office, where we have to clean up the data. We also found it’s one of the best apps available in handling offline maps. In Alaska, we are often disconnected, and this was of utmost importance to us.” 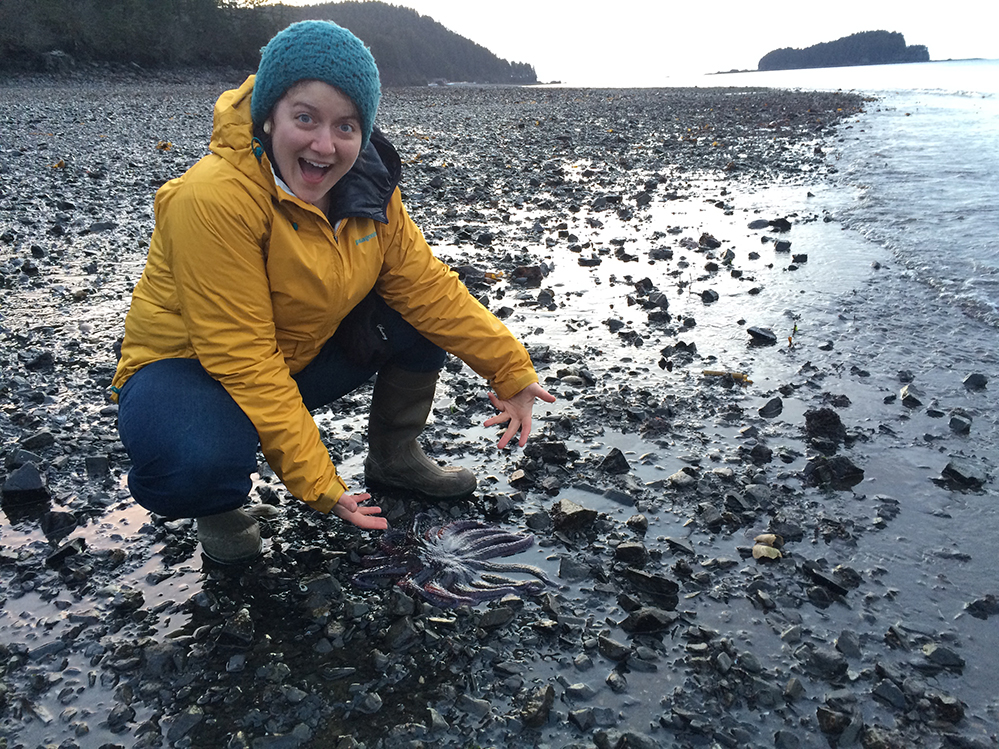 “We also found it’s one of the best apps available in handling offline maps. In Alaska, we are often disconnected, and this was of utmost importance to us.“

THE IRONY OF PROGRESS

The cost of progress, even its definition, is not an issue confined to Alaska. Around the world, indigenous people are being disturbed and displaced by headlong rushes to exploit resources under the name of development. Government and industry are increasingly being required to become more responsible in assessing the impact of progress, both financial and anthropological, on people who have been comfortable in their environment for centuries, even millennia.

Money to fund government studies can be scarce, and industry is ever attuned to the bottom line, so its investment in determining the impact of its action can be measured. Firms charged with making those determinations are turning toward new technology that meets their needs for combining the efforts of field crews and headquarters.

Those firms are learning from technology companies and from each other, and they are benefitting from a time when location-based capabilities of smartphones and iPads, plus evolving use of the cloud and web-based solutions, are making data collection easier and more economical. The solution was one increasingly used by the field crews of disaster relief agencies, utilities and other industries around the world who are taking advantage of advancing capability of location-based technology.

An even longer-term reward can accrue to people whose way of life is being disturbed by development because now its cause and effect, cost and benefit can be measured more accurately, in greater detail, and more economically than ever before. Decisions can be made with greater confidence because the impact of those decisions can be known ahead of time.

Everybody can win when everybody knows the price of what can be lost, and companies like SRB&A are showing new ways to determine that price, make smarter policies and achieve real progress.