Uncontrolled Experiment or Planetary Accident?
Posted by Prof. Hans-Peter Plag, PhD on September 1, 2013 in Fall 2013, On the Edge
At the American Geophysical Union (AGU) Science Policy Conference held on June 24-26, 2013, in no better place than Washington, D.C., the acknowledged center of power of our global civilization, several participants pointed out that we are conducting an “uncontrolled experiment” with the planet. Language is important to connect facts to our worries, and I would like to challenge the term “uncontrolled experiment” as misleading.

We have changed the atmospheric composition; redesigned and reengineered the planet’s surface through deforestation, mining, and water regulations; polluted waters, soils, and air; reduced biodiversity dramatically; and covered the planet with a sprawling built environment that seen from airplanes or satellites has resemblance to malignant skin cancer spreading out rapidly and replacing the healthy skin of our planet.

“The story is that Nature isn’t natural any more due to human impact.”

As James Balog said at the conference in his excellent plenary feature convincingly documenting the anthropogenic changes, “Essentially, the story is that Nature isn’t natural any more … and it is not natural due to human impact.”1

“Global warming” is another easily mislead- ing term that is not characterizing the scale of the event. Global warming is a symptom, not the cause. By focusing on a scientific and societal discussion of global warming, we are like physicians who are focusing solely on the temperature of the patient, without noticing the many other symptoms, and without trying to understanding why the patient isn’t feeling well. I am sure, many would agree with me that we would not like to be in the care of physicians who only focus on one symptom and never seriously discuss the underlying cause: the lifestyle of the patient.

The session on potential mega disasters at the AGU conference reviewed the threats posed by solar mega storms, asteroids, tsunamis and extreme floods caused by atmospheric rivers. With respect to asteroids, the term “extinction-class events” was used for impacts of objects exceeding 1 km in size, and these events have recurrence periods of 50 to 100 Million years 2. They are “planetary accidents” changing the biosphere and the dominant physical processes for good. In the discussion, volcanic eruptions of the Yellowstone-class were mentioned as a similar extension-class event.

But nobody dared to term the current event of us changing the planet’s chemistry, physics and biosphere at a speed unparalleled in the past (except for the rare times of extreme volcanic eruptions and large impacts) as what it is: an extinction-class event, albeit a slow one.

Reviewing the existential threats for humanity, we end up with a list of planetary events including uncontrollable pandemics, mega volcanoes, large asteroids, a large, rapid sea level rise—a despot making full use of today’s biological and chemical means to reduce the number of fellow humans.

Floods and droughts are major threats that potentially could reach planetary extent, particularly through secondary economic and social impacts.3 The increased occurrence of large floods in recent years, sometimes simultaneously on several continents, and most recently in several areas of Colorado (see Figures 1-2), is illustrating this threat. A mega solar storm would impact our infrastructure on a global scale, too.4 Earthquakes and tsunamis frequently cause disasters that eventually could exceed the immediate coping capacity of the global economy, particularly since we have built mega cities in hazardous areas that are now ready to be harvested by natural hazards. 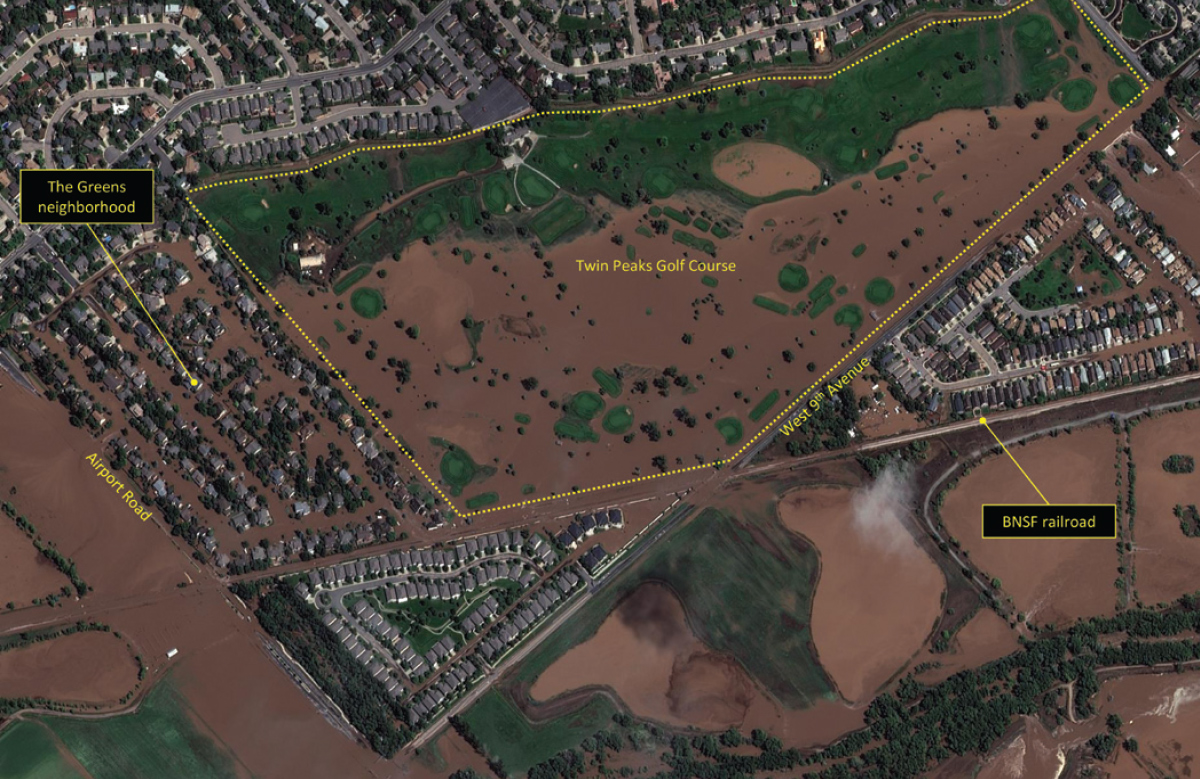 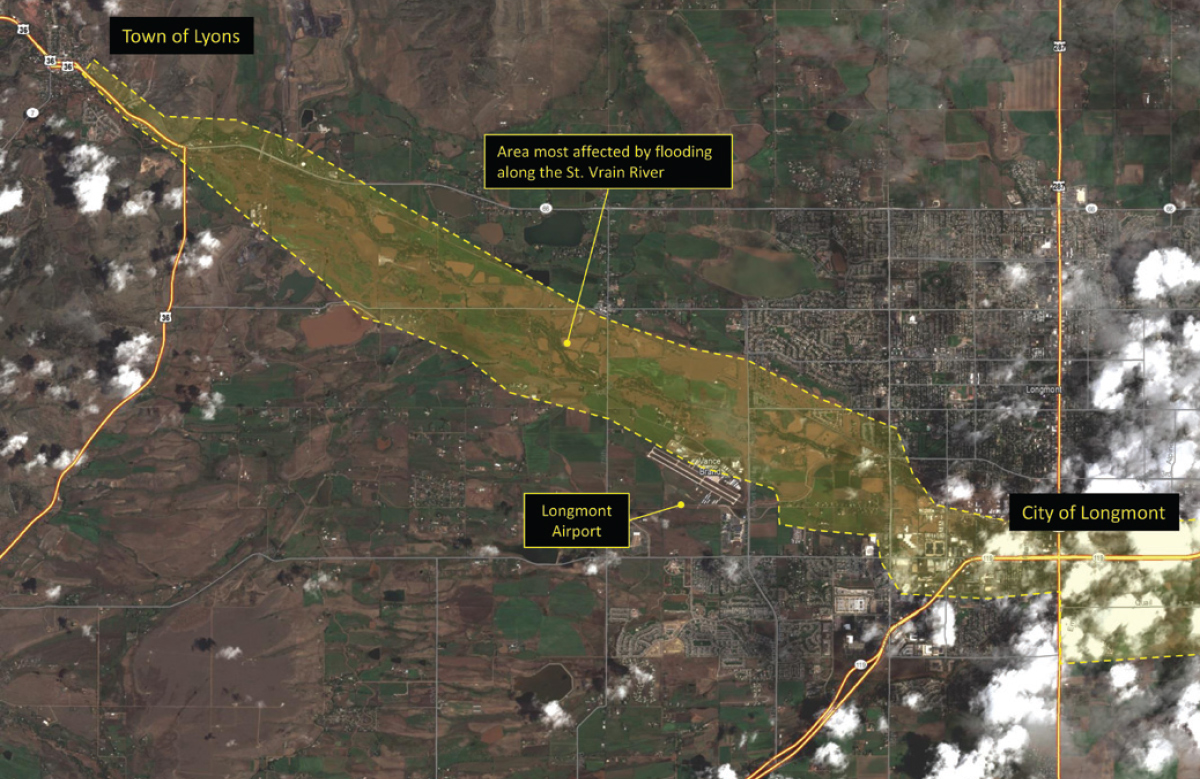 Those relatively frequent hazards with major impacts are on our radar screen; they cause fears and worries. The more we learn to cope with them, the less we are worried. Importantly, the more we can handle these 50-100 years events, the less we are worried about the 200+ years events. As a consequence, threats from the 500 years flood, drought, and volcano eruption are grossly underestimated and not accounted for in the disaster risk discussion. But all of this appears minor compared to the threat of climate change.

The current change in atmospheric carbon- dioxide is a 1-Million-year (or more) event and so are other changes we have inflicted on the planet as a result of our uncontrolled growth during the last few centuries. The threat associated with this very low-probability, high-impact event called “the end of humanity” only compares to the other disastrous 1-Million year and more events, just like an eruption of the Yellowstone volcano and the impact of a 1-km asteroid. In the past, these “planetary accidents” have changed our planet and initiated new epochs in Earth’s geological history.

Many of us still believe that humanity cannot impact the planet to any significant extent. For ages, we have assumed that we cannot change the basic operating conditions of Earth. Again, referring to James Balog, in a profound intellectual revolution, the idea that people can’t change Earth is being overcome similar to other societally accepted “immutable truths” that were overcome just in the last 150 years, such as “slavery is necessary,” “child labor is acceptable,” and “women shouldn’t vote.”1

Some claim that the current impact of humanity on the planet has already resulted in a new epoch: the Anthropocene. Again, language is important, and I would like to state that the Anthropocene is not a new epoch. Rather, it is the accidental transition from the Holocene to a coming post-Holocene epoch, which most likely will be very different from the Holocene. It will be different from the epoch that allowed the global human civilization to emerge. It is not clear whether it will be a state in which a global civilization can be sustained. That is the nature of an accident: you never know who will survive the event.

But let’s be very clear: we are not witnessing an “uncontrolled experiment.” What we are experiencing is a global “extinction-class event” caused by an increasingly powerful humanity unwilling to accept the obvious and act accordingly.