"Live" Images from the ISS 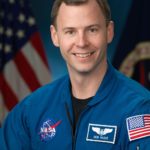 NASA Partnership Brings “Live” Photos of the Earth from the ISS

Apogeo Spatial is thrilled to announce a partnership with NASA where we are publishing photos from astronauts in space, “live,” as they are living on the ISS! Following are the first six photos by Nick Hague, published exclusively here, as well as his comments about each one.

We are anticipating his return in October, to debrief and hear about how the experience changes him. He is excited about serving on the mission, and about how he might evolve via the Overview Effect. We interviewed him before he went in March; listen to the conversation here: https://apogeospatial.com/apogeo-spatial-podcast/. 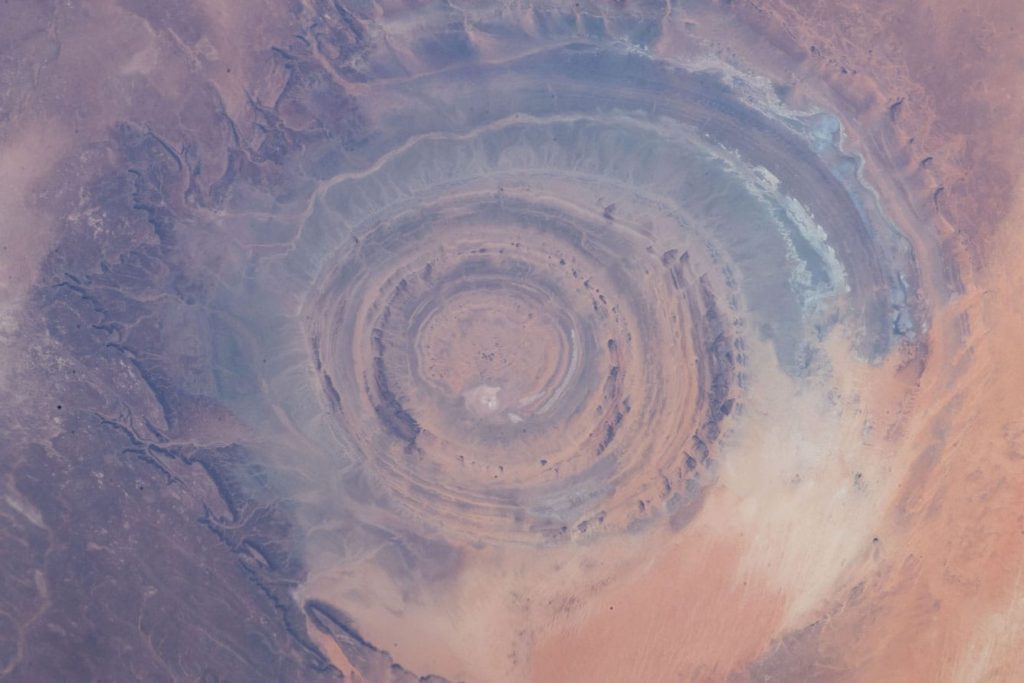 FIGURE 1
Easily spotted from space, one striking geologic feature is the “Eye of the Sahara,” in Mauritania, a country in northwest Africa.

Nick shares with us from his home on the ISS, “Perspective makes all the difference. From our perch on the ISS 250 miles above, the living history of the Earth jumps out at you through buckles, folds, and giant fans. I am so thankful for all of the spectacular geology and geography training I received at NASA to help me decipher how our world continually changes around us.”

The Overview Effect, according to Tim Fernholz, editor of Quartz’ Space Business (www.qz.com), is “the realization, reported by astronauts, of deep solidarity with humanity and Earth—as the song goes, you don’t know what you’ve got until you’re flying around it at 17,500 mph.” 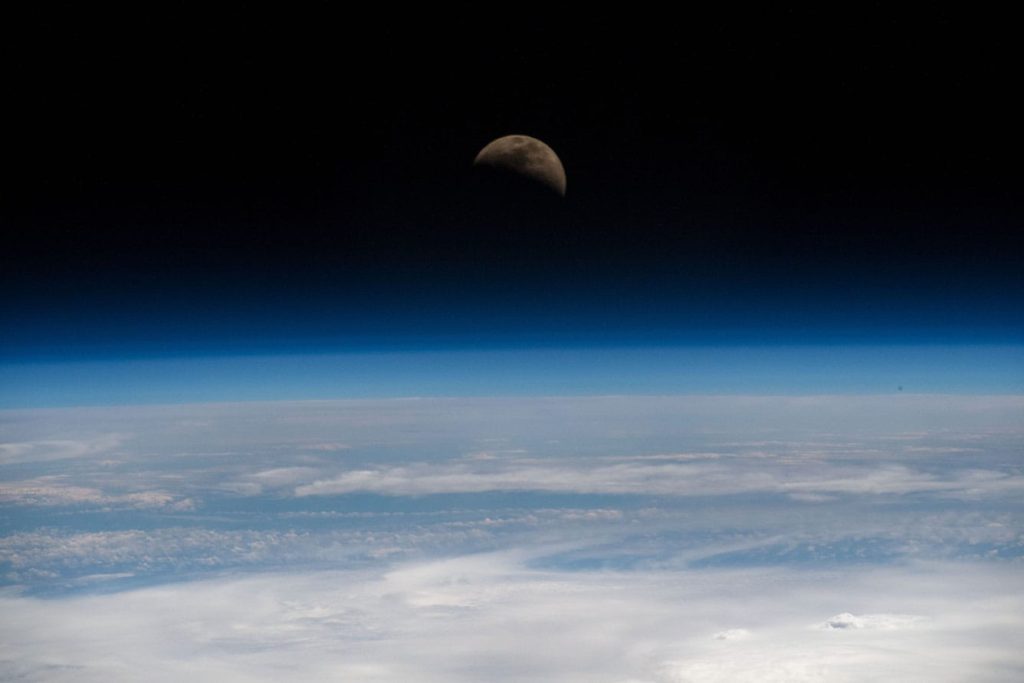 FIGURE 2
“I see the Moon, and the Moon sees me.” Watching the Moon rise from the Earth, I am reminded of
the song sung to babies for generations, and I think of the generations to come who will call the Moon home. 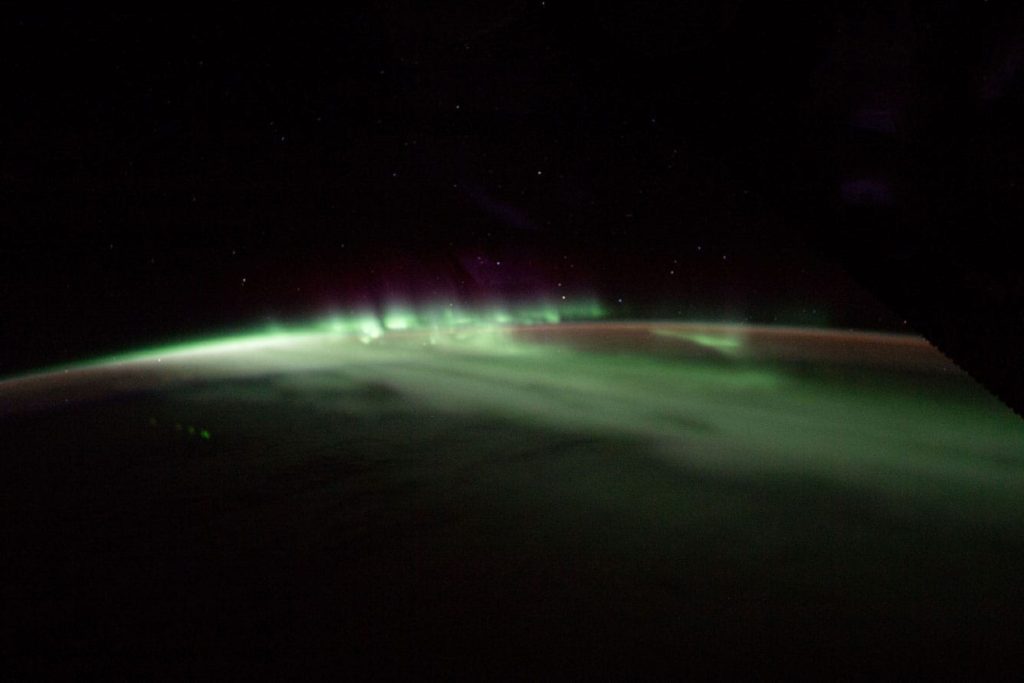 FIGURE 3
Entranced by the eerie dance of the Aurora Borealis, aka the Northern Lights, I can’t help but remember sitting next to my children watching the movie “Frozen,” listening to the theme song, “Let it go. Let it go.” In the isolation of spaceflight, views of the Earth often evoke memories of time spent with loved ones. The lights are a weather phenomenon caused by electrically-charged electrons and protons colliding with neutral atoms in the upper atmosphere. 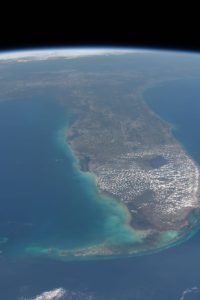 FIGURE 4
From only a few hundred miles up, you can see the entire state of Florida, and in the distance, also the curvature of the planet. The human footprint fades and the blue and turquoise waters around the state draw you in. Here is where we will launch ourselves to the Moon, as we continue to explore the mysteries of our universe.

Why does this “realization” matter? Why does “increasing our consciousness” matter? Because we need a new mindset to solve the problems that we have created in the world. We can perhaps be forgiven, because we didn’t know when we became dependent on vehicles and fossil fuels that those behaviors, among others, would create an imbalance in our atmosphere – that we would inadvertently destroy many species forever, that we would upset the ecosystem to an extent that we are experiencing the worst droughts, floods, fires and storms than we have ever seen before

We all know this, but it’s worth repeating: “We cannot solve our problems with the same thinking we used when we created them,” as Albert Einstein noted. The literal change in our minds is essential. The realizations are essential. We must wake up.

Also, the more unity that exists on Earth with these new realizations, the less conflict we will have. “You cannot hate someone whose story you know,” as Meg Wheatley noted. I can relate because I had my own Overview Effect in 1998 after traveling solo around the world. My trip made the world seem so small and fragile, which in turn makes us realize that we must take care of it.

We truly are all on this planet together – we are in this together. No boundaries exist; no borders are seen; no national-states are visible on the images. What is visible is the thin fragile layer of atmosphere, our only protection from the vast nothingness of space, pictured by Nick Hague on the front cover. As an homage to this, our Apogeo Spatial logo is the color of the sky, getting darker into black as it mimics the colors of the atmosphere.

Experiencing the Overview Effect is a profound way to grow as a human – to evolve, to get to a higher level. It’s not the only way, of course, but it’s a pretty amazing way. 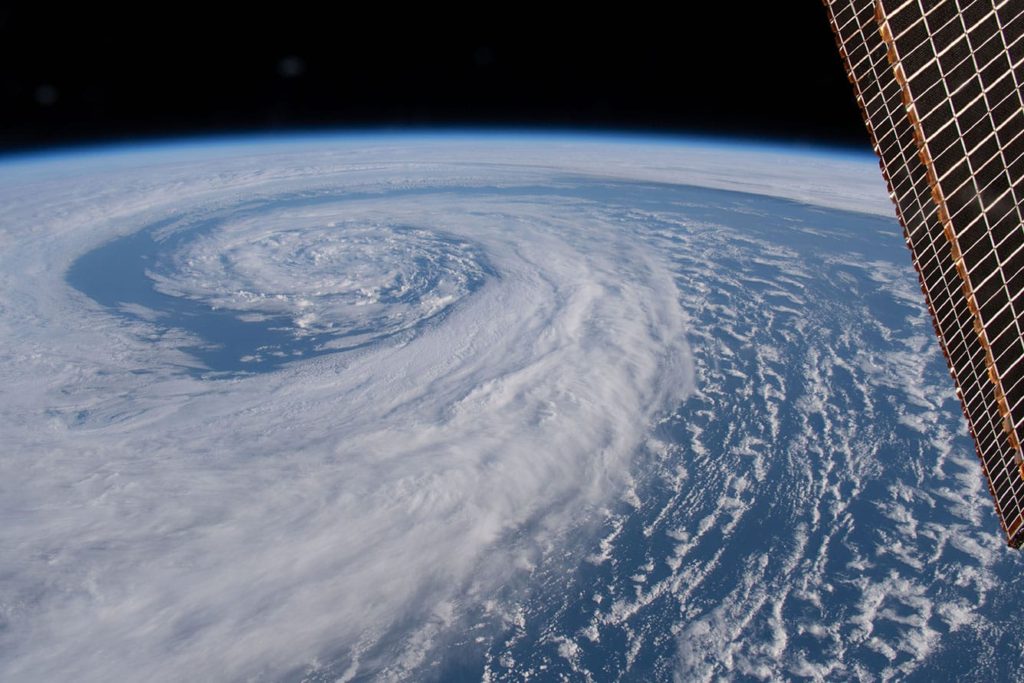 FIGURE 5
The weather systems from space seem picturesque and serene against the dark of the cosmos. Storms the size of countries seem to idle in place. Yet, those in their path face the sheer destructive power of nature. This contrast highlights our small role in the universe, and how precious
our oasis called Earth is.

It is with great pleasure that I bring you the incredible Claudia Welss, whom I met in 2007 as we served together on the organizing committee of ISDE5, the 5th International Symposium on Digital Earth, at University of California, Berkeley. She’s currently the Chair of the Board for the Institute of Noetic Sciences (IONS). She shares why the images of Earth from space are so important, as well as the story of the founding of IONS by Astronaut Edgar Mitchell after walking on the moon with Apollo 14, and seeing that magical Earth, dangling in space. 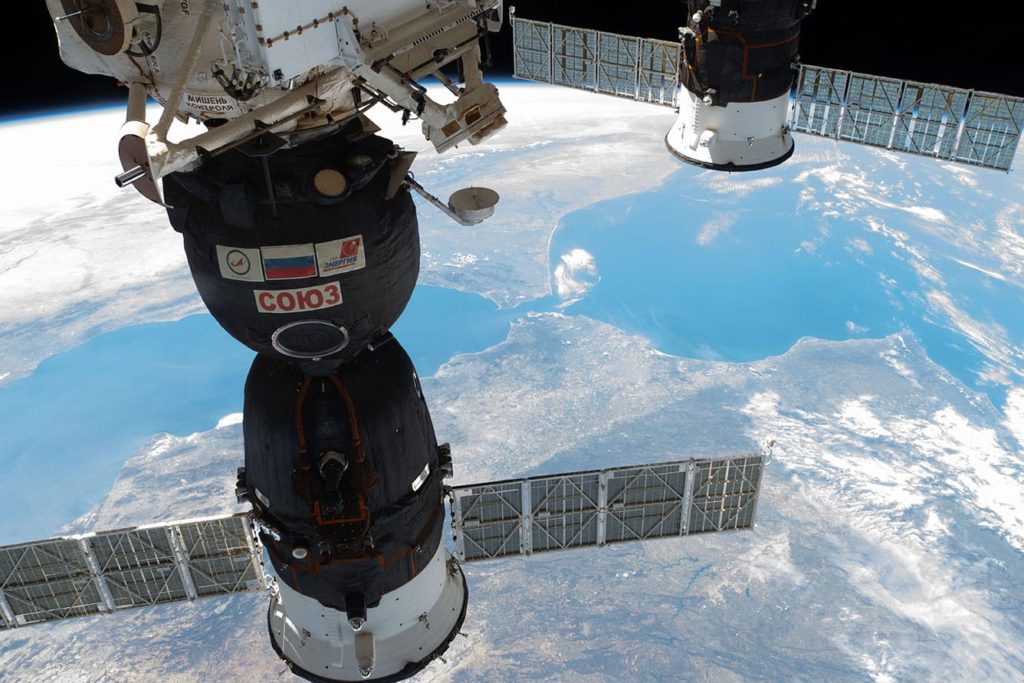 FIGURE 6
The Soyuz spacecraft and Progress cargo spacecraft docked to the space station are seen flying over Gibraltar, on Spain’s south coast.