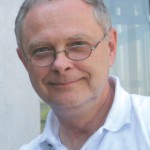 For people who care about space-based Earth observation, this is a good time to pay attention to the United Nations’ space agenda.

Although one can hear a lot of skepticism about the pace and efficacy of the UN’s approach to space policy, the General Assembly and its committees remain the most broadly international forum of discussion for political issues affecting space applications. They also provide good insight into the perspectives of over 130 of its member countries that are not yet operating satellites but who are a growing part of the customer base for Earth observation services.

In recent months the UN Committee on the Peaceful Uses of Outer Space (UNCOPUOS) took up one agenda item directly focused on Earth observation from space and several others that also affect the sector in important ways. UNCOPUOS reports to the General Assembly and its annual report is usually adopted with few modifications as a resolution of the United Nations. Although such resolutions are not legally binding, they often impact the development of national legislation or regulation in UN member states.

At this year’s session of UNCOPUOS, the Committee deliberated on the report of its Scientific and Technical Subcommittee (STSC) including an agenda item entitled, “Matters relating to remote sensing of the Earth by satellite, including applications for developing countries and monitoring of the Earth’s environment.” From the item title alone it is clear that economic development and climate change are both high priorities within the UN system. Much attention is therefore focused on how Earth observation can advance objectives in both areas.

Providers of Earth observation imagery who are engaged in capacity building projects in developing countries or in data sharing programs will find a lot of support for their work in the UNCOPUOS report, as will those whose products are improving the quality of environmental monitoring.

Agenda items first taken up by STSC on space debris, space-system-based disaster management support, the use and application of the Group on Earth Observations (GEO), and the long-term sustainability of outer space activities all received considerable attention from the full committee.

In the case of the Long Term Sustainability of Space Activities (LTSSA), UNCOPUOS recommended the adoption of 12 guidelines while referring several others to next year’s committee sessions for further deliberation. Predictably, as the first ever to achieve consensus within the Committee, the recommended guidelines are extraordinarily general while those still under discussion are more specific. If next yearís session can increase the number and specificity of the guidelines, they may well become an important consideration in business and distribution planning for both public and private sources of Earth observation data.

Even as they currently stand, the guidelines reveal a deepening concern among UN member states about the challenges of space debris, space traffic management, space weather, and the increasing competition for radio frequency spectrum. Encouragingly, the guidelines also emphasize the need for countries newly active in space operations to ensure that their activities receive adequate national oversight to ensure compliance with international obligations.

UNCOPUOS also has a Legal Subcommittee (LSC) whose deliberations feed into the full committee’s program of work. This year in addition to sharing STSCís interest in space debris and space traffic management, LSC held discussions directly relevant to Earth observation on Matters relating to the definition and delimitation of outer space and to the application of international law to small satellite activities.

For those looking into activities using high altitude platform systems or what Dr. Joseph Pelton refers to as
“porto-space,” any discussion, particularly international, that seeks to define where space begins could have a profound effect on which law, space law or air law, applies. Although no consensus definition seems to be on the horizon, it is best to know where critical issues are being discussed.

The quest to delimit space has occupied the UN agenda for decades, but the small satellite question is much more recent. In this latter case, debate within LSC and the Full Committee reveals a strong divergence of opinion among many established space powers who see small satellites as a possible source of unmanageable debris and new space actors. This latter group sees smallsats as a long-sought opportunity to gain independent access to space assets focused on the needs of developing countries and/or newly conceived business models. With many new EO applications being proposed based on smallsat architectures, this part of the UN agenda, too, is one not to be ignored. In fact, there might be business opportunities for those who can reconcile the growing desire for access
with the need to avoid making the orbital debris problem worse.

Looking ahead, next year’s meetings of UNCOPUOS and its subcommittees propose to continue discussion of the items taken up this year while adding two important new initiatives. In 2017, LSC will take up the issue of space mining for the first time under an agenda item entitled, “General exchange of views on potential legal models for activities in exploration, exploitation and utilization of space resources.” Since most of the technologies necessary to characterize celestial bodies with sites worthy of commercial development will be drawn from the EO toolkit, these discussions will bear watching. Where warranted, expert input into them can be provided through national delegations of any of the 84 members of UNCOPUOS.

Sometimes even proposals receiving little or only limited support can be interesting to note. This year Egypt and Syria proposed an aggressive program of EO data sharing to combat terrorism. Many delegations appeared skeptical about the end use of such shared data and so the proposal was not forwarded to the General Assembly with the Committeeís consensus recommendations.

Perhaps of greatest importance, the 2016 UNCOPUOS meetings endorsed thematic priorities for the preparation of what will be only the fourth UN Conference on space policy in the organizationís history. This conference is scheduled to take place in 2018 on the 50th Anniversary of the first UNISPACE Conference. Given that the Vienna Declaration that emerged from the last one, UNISPACE III, held in 1999 has been the primary driver of the United Nations space policy agenda ever since, the upcoming conference, to be called UNISPACE+50 is likely to impact space policy making for at least a decade into the future. The thematic priorities clearly resonate with the interests of most members of the EO community:

3. Enhanced information exchange on space objects and events (SSA data sharing for the most part)

7. Capacity-building for the twenty-first century

While international deliberations on matters of interest to the Earth observation community are unlikely to impact operations, capabilities, and priorities as directly as will national legislation and regulation, they are also likely to have a growing impact on activity that is global by its nature and that is high profile for governments who recognize their economic and political importance. We will continue to update you on the discussions as they continue and deepen.

UNCOPUOS has been a leader in transparency, posting its documents and reports online and making audio copies of its debates available to the public. This year’s UNCOPUOS report is available at: http://www.unoosa.org/res/oosadoc/data/documents/2015/a/a7120_0_html/A_71_20EAEV.pdf

Digital recordings of this year’s Committee proceedings can be found at: http://www.unoosa.org/oosa/audio/v2/meetings.jsp?lng=en