In data use as Several other area of the federal government, citizens are unaware of the significant investment, financial and otherwise, needed and executed for their benefit and that of the private sector. This is especially true for freely available and open data. What exactly are we talking about?

The term “Tragedy of the Commons” dates back to the 1830s’ and refers to the scenario where individuals act (rationally) in their own self-interest and contrary to the best interests of the whole community, by depleting some common or shared resource.2 In the classical sense, “commons” refers to shared and unregulated resources, such as land, air, oceans, etc.

The concept of the tragedy of the commons is often used in the context of sustainable development, underscoring that to avoid this “tragedy,” solutions need to be in place that marry economic growth and resource protection. A lot has changed since 1830 and a lot has remained the same.

WHAT DOES THIS HAVE TO DO WITH GOVERNMENT DATA?

Data is the currency of our time. It is the new “commons” – collected, managed and curated by the government when it is too expensive for the private sector to even contemplate doing so.
The investment in gathering and disseminating data to everyone for free has led to a range of benefits – new businesses, new insight on life, product feedback, and new reference points for better decision-making, to name a few.

FIGURE 1.
Science On a Sphere at NOAA

All opinions are those of the author and do not represent the organization with which he is employed.

Of the $9.8 billion requested by the Department of Commerce in its 2016 budget, 3 a significant portion will be spent on the infrastructure, mechanisms and technologies that create this “data commons.”

Contrast this to the 2013 economic valuation of (only) the weather enterprise, which was $31 billion,4 and you get a glimpse into the contribution that the Commerce Department exerts on our economic lives.
The full impact of the department providing this economic and environmental “data commons” is most likely in the hundreds of billions of dollars to the trillions of dollars in income and wealth creation.

Building this “data commons” for trade, investment, economic growth, and economic opportunity (through the department’s twelve bureaus) is not an easy task. However, it is one that the government does as a part of its mission of freely providing open data to all its citizens. Unfortunately, as with most things in life, there are nuances and complications.

THE PRICE OF DATA PRODUCTION

The satellites, radars, surveys and other mecha- nisms used to produce the data from the Commerce Department’s bureaus:

were once prohibitively expensive for anyone else to attempt doing, and are paid for by budget requests to the United States Congress.

The initial expense was rationalized as the cost of sparking innovation. This is no different from investing in the mission to the moon, which was deemed as a necessary step in demonstrating the technical prowess of American science.

The Congressional budget process is an active negotiation that normally leads to the disbursement of less funding than initially requested and than necessary to complete the missions. This leaves a
situation where investment costs are high and the allocated budgets are often insufficient to cover the collection and dissemination of the “data commons.”

THE LACK OF RE-INVESTMENT

Over time, advances in technology have made it possible to:

leverage the open data produced by the department’s bureaus in realistic timeframes, and lower the data production costs.

The current crop of multi-billion dollar industries owes its existence to these technological developments. In the process of using these developments, they heavily utilize and capitalize on the department’s infra- structure investment.

Unfortunately, the current set of advances creates new demands and requires a paradigm shift in terms of native collection and dissemination. If companies contained internal divisions that handled the extract- transform-load (ETL) process, the company executives would re-invest in upgrading the backbone of their businesses to meet these market demands and to stay competitive. 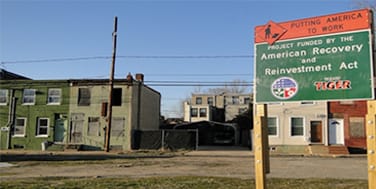 FIGURE 2. The Promise of Investment – The Recovery Act

Unfortunately, the same is not true when that backbone is supplied by a government entity. The prevailing perception is that the backbone has already been paid for through taxes.

This perception of the backbone having been “paid for” persists despite the knowledge that budget requests are often made in the context of maintaining existing systems and that these requests are usually significantly reduced by the time the negotiation concludes and monies are allocated.

These facts should be an indication that successful companies should re-invest in the infrastructure that they rely upon to provide them (and the rest of the country) with reliable, free, high-quality, and open data. Unfortunately, this does not appear to be the case.

1. The government should not play favorites.

2. The government should not compete with existing businesses.

For a myriad of good reasons, there is a web of regulation that encapsulates the notion that federal entities are a resource for everyone and not for a select well – connected few.

Unfortunately, the history of industries that leverage federally produced data is littered with examples of creative alliances that lock vendors in, create effective monopolies and stymie long-term innovation. These partnerships need to be untangled and re-purposed to fully serve the American people.

My favorite phrase to hear from a budding, or even a seasoned, business person is “the government should not be competing with existing companies.”

The first is incentives. Businesses have no incentive to serve the under-represented; they have no motivation to provide free and open foundational components upon which entrepreneurs can innovate; they have no push to altruistically develop market offerings that will not yield a profit (yet have a market demand). However, the government does. What happens when the government develops data products that provide equal and undifferentiated access to all and in the process (inadvertently) competes with an existing business, as the offering increases in popularity and scope?

The second is value and viability. A few companies capitalize on a market gap created from a deficiency in the government’s data production and dissemination process – whether it is in the packaging of the data products or the abstruseness of the end products.

Are we saying that the federal entity is stuck doing things the way that they have always done them? What happens when they receive funds to correct past underfunding and start “doing things in better ways”? Should the current “capitalizing” companies be allowed to force the government to stay in a stagnant state in order to protect the business interests of the companies? 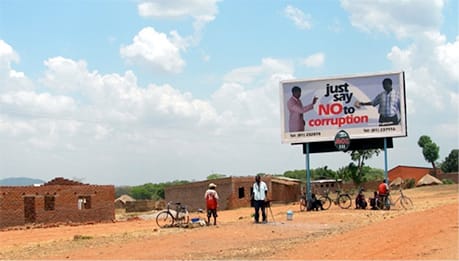 In a capitalist environment, when a company is in a field, sector or niche that advances, that business is expected to innovate and find new revenue streams or face irrelevance. It makes sense that in an environment where a firm’s value is in correcting an artificial gap, and that gap is fixed, they should innovate and support the greater good of the larger community.

On the other side of the coin, the cost of instrumentation and data collection has dramatically decreased and businesses see value in competing with the mechanisms of the federal government.5 These businesses hope to sell their data to the government, increasing the cost of data production and reducing the probability that the general public will have access to free and open data. The possible downstream effects range from mildly annoying to severely catastrophic.

BRINGING IT ALL TOGETHER

Right now, there are entities that are currently acting in their own self interest and contrary to the needs of the broader community by trying to reduce, and not re-investing in, the shared resource of free and open data. We need to start addressing this tragedy – before it is too late.