Report on the "Disaster Risk Reduction and Earth Observations: A Geoss Perspective" 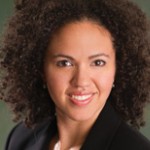 From their vantage point in orbit, earth observation satellites offer a unique perspective in the aftermath of a natural disaster. For emergency responders and decision makers on the ground, when these data are combined with information from other space-based assets, such as position, navigation and timing (PNT) and communication satellites, they provide critical intelligence for the response, recovery and rebuilding phases of disaster risk reduction and management (DRRM). Following human and environmental disasters, such as Superstorm Sandy that struck the United States in 2012 and the 2010 earthquake in Haiti, these assets enable DRRM professionals to efficiently plan rescue operations and save lives, accurately assess damages, and ensure that resources are delivered as quickly as possible to communities in need.

Increasingly, Earth observation data and other information tools are helping disaster man- agement practitioners take action even before disasters occur. As integrated data sources and analysis tools help researchers understand the conditions that lead to these events, experts are beginning to identify sources of risk and plan ahead, making decisions that can ultimately save lives and reduce mounting material and eco- nomic losses. How can Earth observations data be better integrated to support all phases of the disaster management cycle? What challenges limit the ability of practitioners—particularly in developing countries—to use these data in a timely fashion?

Questions such as these were raised by DRRM experts and practitioners during a one-day workshop organized by Secure World Foundation (SWF) and the Group on Earth Observations (GEO) in January 2014 as part of the GEO Ministerial Week in Geneva, Switzerland. Through its over 150 partners, GEO is working to coordinate global Earth observations from space in a Global Earth Observation System of Systems (GEOSS) and to expand the use of satellite imagery and surface data to address common challenges.

An interview with GEO Secretariat Director Barbara Ryan appeared in our Summer 2013 issue.

By supporting risk modeling efforts, open access data policies and practices, real-time data sharing, global coordination in warning systems and standardized procedures and practices, GEO is furthering international collaboration in the understanding, response and mitigation of a variety of natural hazards, from earthquakes and tsunamis, to wildfires, floods and volcanoes.

During the Ministerial Week, GEO adopted the Geneva Declaration, renewing its mandate through the year 2025 and outlining a vision for this second phase of implementation. Among the efforts underway is the recently-created Working Group on Disasters of the Committee on Earth Observation Satellites (CEOS), the space coordination arm of GEO, which has established pilots and regional demonstrations to improve the use of Earth observations for multi-hazard, end-to-end disaster management.

As an acknowledgement of SWF’s efforts to advance GEO goals, including data sharing, space applications in service of humanity and user engagement, SWF was honored with election as a “Participating Organization” during  the GEO Plenary. The “Disasters Risk Reduction and Earth Observations: A GEOSS Perspective” workshop is the result of SWF’s first collaboration with the GEO Secretariat. Over 70 participants attended the event to hear from 15 speakers from all over the world share progress on different regional and international initiatives and exchange views on challenges and opportunities.

In her opening remarks, GEO Secretariat Director Barbara Ryan emphasized how these efforts continue the important task of linking data, information and services to users. Better understanding user needs was one of the key themes of the day. One of the challenges identified in the discussion is lack of consistent support for the necessary investments to incorporate data into national decision-making structures.

Several presenters, including Pedro Basabe from the UN Office of International Strategy for Disaster Reduction (UNISDR), noted that despite greater awareness of the role of space assets and Earth observations in DRRM, there is a need to better communicate the critical role of these data in risk management, particularly in understanding hazard and exposure. Massimo Cocco, from the European Plate Observing System, emphasized the need for metrics to measure use of the data in order to demonstrate value to the agencies investing in critical infrastructure.

Another important issue that was raised during the side event, and echoed in exchanges at the GEO Plenary, is data accessibility. Free and open access to data, one of the principles promoted by GEO, is not sufficient if data are not discoverable or easily accessible. With real-time data integration as a growing need to enable fast response, there is a trade-off between providing simple information quickly and providing more complex and detailed information in the weeks following the disaster.

Participants during the day-long workshop further noted that even if data are readily available and accessible, decision makers may lack the ability to act on the information, a concern that is particularly relevant in developing countries. Continuous user engagement is therefore critical to understand how information is being used and to assess limitations and lessons learned.

As a case in point, Yusuke Muraki from the Asian Development Bank (ADB) described the impact of challenges like these in the bank’s use of satellite data for damage assessment in the after- math of Typhoon Haiyan (Yolanda), which struck the Philippines in November 2013. ADB accessed available data from several sources, including the International Charter “Space & Major Disasters,” which has been activated 400 times in the last 10 years and is one of the success stories in DRRM.

In this case, however, ADB found that the data provided through the Charter were insufficient to cover the affected area and that the window of avail- ability, limited to the immediate response phase, was too short. The case study, which also illustrated local challenges for information utilization, demonstrated that opportunities exist for the development of data provision mechanisms to address other phases beyond immediate response. See Figure 1. 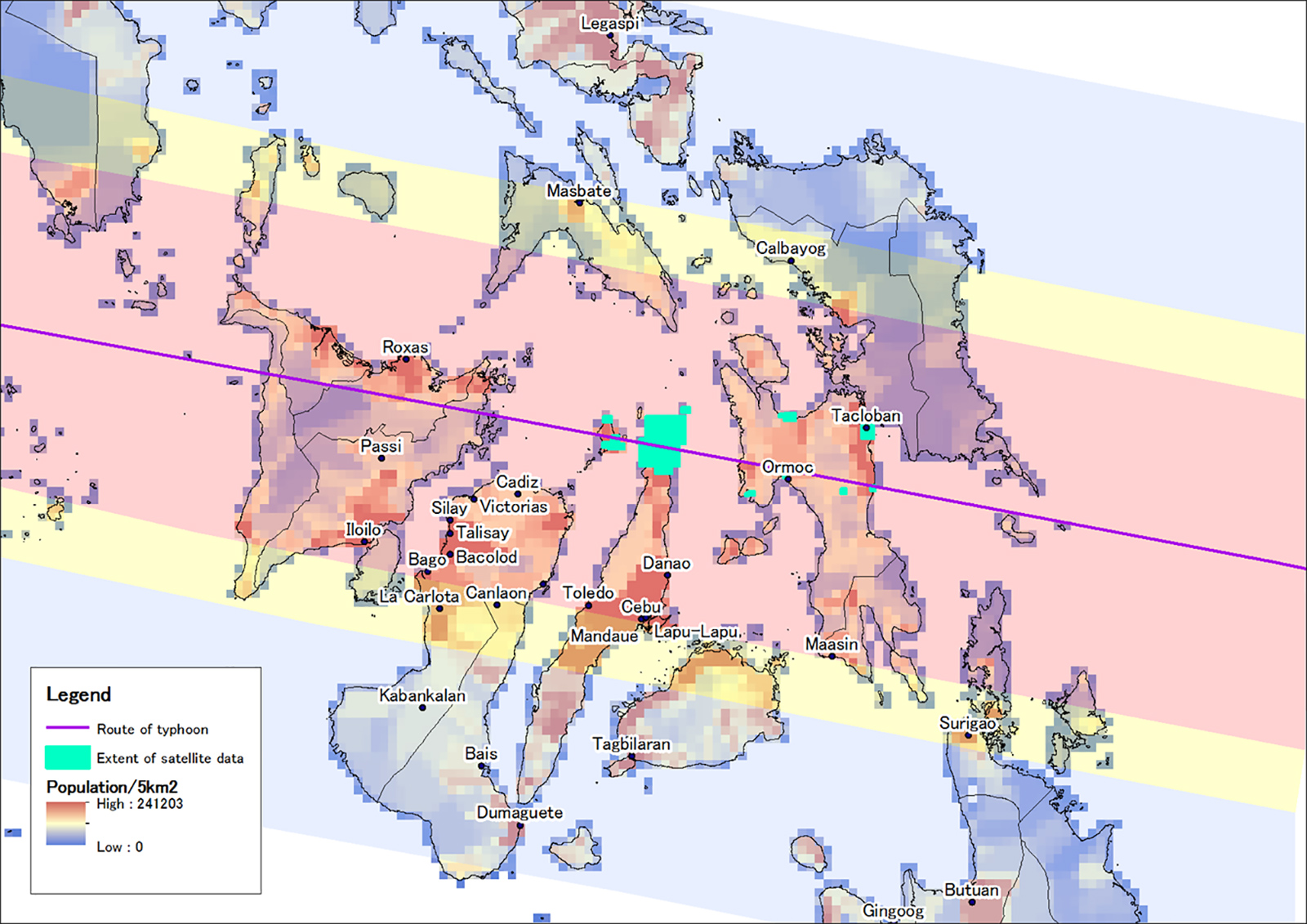 FIGURE 1.
Map of the Philippines show ing the extent of satellite-based maps available through the International Charter “Space & Major Disasters” (circled and highlighted in light blue) as of November 19, 2013, with the route of the typhoon (purple line), demonstrating the extent of the damage that responders could not assess with available data. Source: Asian Development Bank.

The SWF-GEO side event was successful in bringing together DRRM practitioners, experts and users from around the world to exchange ideas about ongoing and future efforts to improve global understanding and response to natural disasters. In the context of GEO’s renewed mandate for the coming decade, the discussion illustrated areas of opportunity to continue advancing timely and knowledge-based decision making for a rapidly growing community of users all over the world.