A newly patented invention that precisely tracks mobile phones, tablets and other radio frequency-emitting devices (RFID) indoors could help redefine the possibilities for everyone from retailers and marketers to airlines, car manufacturers and municipalities.

The possibilities due to tracking within inches, in three-dimensional (3D) space, in real time are incredible. “It’s really difficult to fathom all of the applica- tions,” said co-inventor Christopher Price, who worked with longtime electronics engineer Gregory Beveridge on the technological discovery. “At no point in history have you had everybody walking around carrying a beacon announcing a unique presence in every space. That’s not going to change.” The two inventors at Denver-based Prima Research LLC have spent several years developing and refining what they believe is an innovative, cost-effective and practical solution to more accurately identify and track mobile devices indoors compared to other current methods.

Price said one example of how his emerging company’s technology could be used would be for car manufacturers to create a defined space in the driver’s seat of a vehicle that would prevent cell phones from ringing or dialing out. Passengers could continue to use their mobile phones as they desire.

Similarly, a movie theater chain might employ the technology to disable cell phone texting and calls inside theaters, potentially alleviating tension and arguments—or even violence—among moviegoers. Ocean shipping lines could attach radio frequency identification tags to cargo and use Prima Research’s method to automatically catalog contents as they’re packed into containers. The contents could be correlated en route or as the ships come into port, helping eliminate delays, Beveridge said. “If we could shave two days off the transit time, that’s worth billions of dollars to (a shipping company),” he said. It could feasibly also provide more security.

Prima Research’s approach involves a network of receivers arranged to encompass a 3D space. The receivers track any radio frequency-emitting devices in places such as shopping malls, airports, sports arenas, conference centers and corporate campuses. Initially, Price said the company is focusing on potential applications in the nascent indoor location-based services market, which Stamford, Conn.-based Gartner Research estimates will grow to $20.6 billion by 2015. “For the first time, marketers have the ability to continuously observe consumer behavior in real time in a defined space with a sample rate typically better than 90%; no special apps, devices or individual engagement is needed,” Price said.

Prima Research’s initial strategy is to license its invention to wireless service providers, platform manu- facturers and integrators, and other practitioners such as inside mapping entities that require location data. Its technological solutions are being offered to help companies in the telecommunications sector and their suppliers bring new services to customers.

In recent years, much of the buzz in the indoor location-based services industry has been about creating technologies that allow retailers and marketers to directly track and observe consumer behavior.

“Companies in retail, hospitality, transportation, healthcare and other industries that have a strong emphasis on physical infrastructure are increasingly turning to location technologies as a means to improve their customer services,” Costa said. Retailers will be able to better engage shoppers in real time as they stroll down aisles. They will learn answers to questions such as, “how long did they stop, at which store, on what aisle?” Beveridge said.

Indoor positioning will make it possible for consumers to use their mobile devices to search for products and objects in the physical world as easily as they can via the Internet, said Tony Costa, senior analyst with Cambridge, Mass.-based Forrester Research. Advertisers will present consumers with immediately relevant display ads, coupons, or offers to deliver personalized services, in the store, based on where the customer is actually standing. See Figure 1. 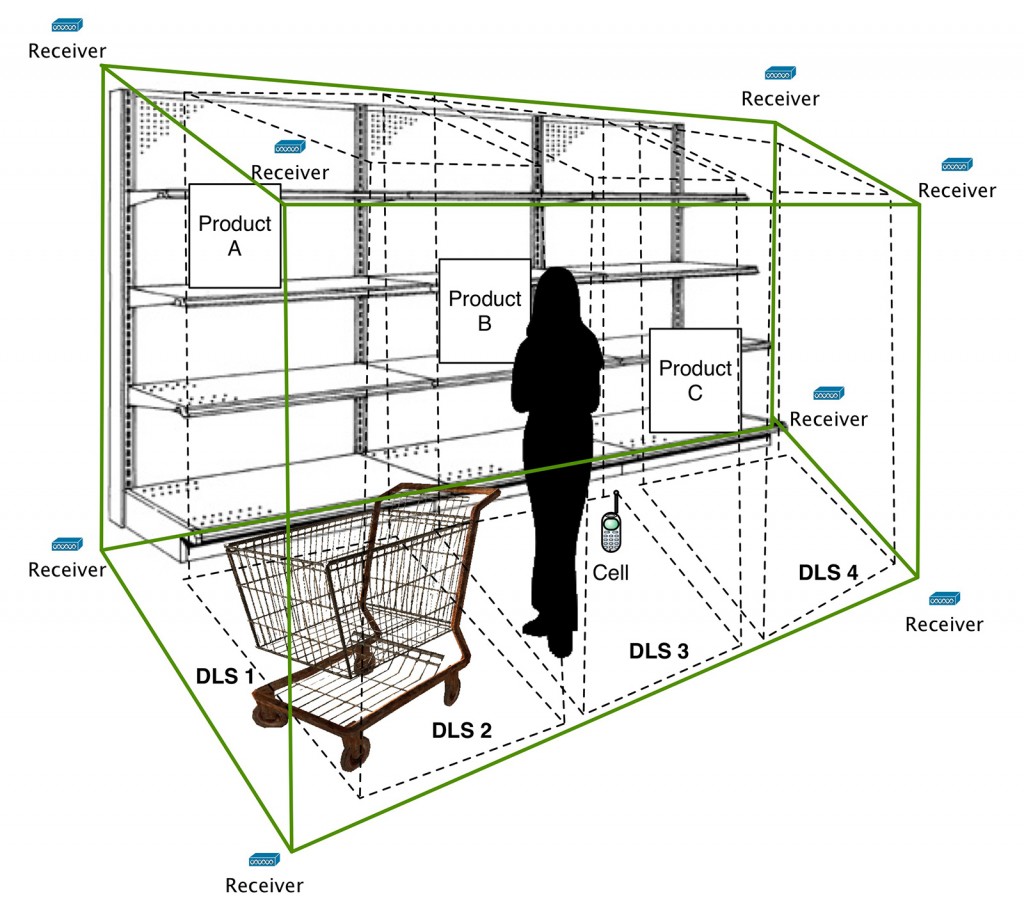 Before helping to launch Prima Research, Price spent years as an independent management consultant to the telecommunications, call center, online retail and other industries and was a senior strategist and team leader for AT&T Broadband (now Comcast). He earned an MBA in entrepreneurship and venture management from the University of Denver and is now also vice president and chief operating officer for Bright Beginnings, an early childhood development nonprofit.

Beveridge spent nearly four decades as a senior executive in the telecommunications industry, including years as chief of technology for US West International (now CenturyLink). Beveridge was working as president of his own consulting firm when he began collaborating with Price.

Beveridge referred to Price as “the idea generator,” while he was the “technical person who understands how it works.” The two men spent many nights, month after month, working on their innovation, sometimes challenging one another. “It was wonderful and exhilarating, and what you see is the result of that,” Price said of the invention process.

Others working with Price and Beveridge to develop and market the technology include strategist Chris Beveridge (Greg’s brother), who has spent more than 25 years in the telecommunications and networking technology, principally with Cisco Systems; and engineer James O’Connor, principal with JPO Wireless Consulting LLC, who is providing engineering consulting services in systems design. Developer Michael Cain, who began his career with Bell Labs, is providing mathematical, computer science and public policy expertise.

Price and Beveridge said the previous focus of other efforts on traditional two-dimensional locating methods is because most prior applications—such as locating airplanes, ships or people during emergencies—are plotted on a two-dimensional map.

But using two-dimensional methods to accurately locate radio frequency-emitting devices inside buildings is more difficult and less precise because satellite global positioning signals (GPS) aren’t reliably available inside buildings. In recent years, people have widely relied on GPS for location information about cell phones and other mobile devices. But GPS, which requires a clear view to communicate with satellites, doesn’t work well in indoor spaces or “urban canyons,” where streets cut through dense blocks of high-rise buildings and other structures. GPS signals can become attenuated or scattered by roofs,walls or other objects.

In terms of cost, the method can be implemented using off-the-shelf radio-frequency receivers and a typical, conventional computer to collect and analyze the received signals and determine location, Price said.

Prima Research’s solution was developed with existing wireless network mobile devices in mind. The technological solution can be implemented using any modulated radio frequency signal from any radio- frequency-emitting device. The primary device may be a mobile phone, but any device that emits radio frequency signals can be detected—tablets, computers, radio-frequency identification tags, and in any mobile device frequency band such as WiFi, 3G, 4G/LTE, or unlicensed systems. Most systems used today are limited to WiFi, or just cellular.

Beveridge and Price see Prima Research’s approach as anonymous locating and sampling, which should quell concerns about communications privacy for individuals and their information. They liken it to being counted as part of a crowd-size estimate being made by someone with a mechanical “ticker” as anonymous individuals enter a building or room.

Price said mobile devices don’t transmit or embed any direct or encoded names, phone numbers, addresses or any other private information in a radio frequency signal. “The per-device unique digital ID sequence is also arbitrary from our perspective,” Price said. “The Prima method creates no means of associating that device with any private individual whatsoever. Restrictions on this sort of data-monitoring are a matter of law and agreed-upon terms between the service provider and each mobile device customer.”

AN ARRAY OF OTHER APPLICATIONS

The potential uses of indoor location-based services for retailers have caught the attention of many tech heavyweights such as Apple, Broadcom, Google, Microsoft and Nokia. They’re working to extend the capabilities of their products and platforms to enable indoor positioning.

Prima Research sees retail and marketing as a key sector but wants to avoid being defined solely by those applications. “Tracking whether a user enters one space or another is a very elementary application,” Price said.

Commercial property managers could track traffic patterns and shopper behavior, possibly adjusting lease rates based on the data. Its technology could help create applications and systems for real-time mapping and location of goods in retail stores. The technology could be used by first responders to locate victims. Police could discretely track and observe persons of interest. Price and Beveridge said their approach might be used to track mobile phones at events such as the Boston Marathon, possibly deterring crime such as the two bombings that occurred on April 15 last year. Municipalities could determine traffic or crowd patterns minute-by-minute or create smart traffic control systems that route traffic based on real-time conditions. See Figure 2. 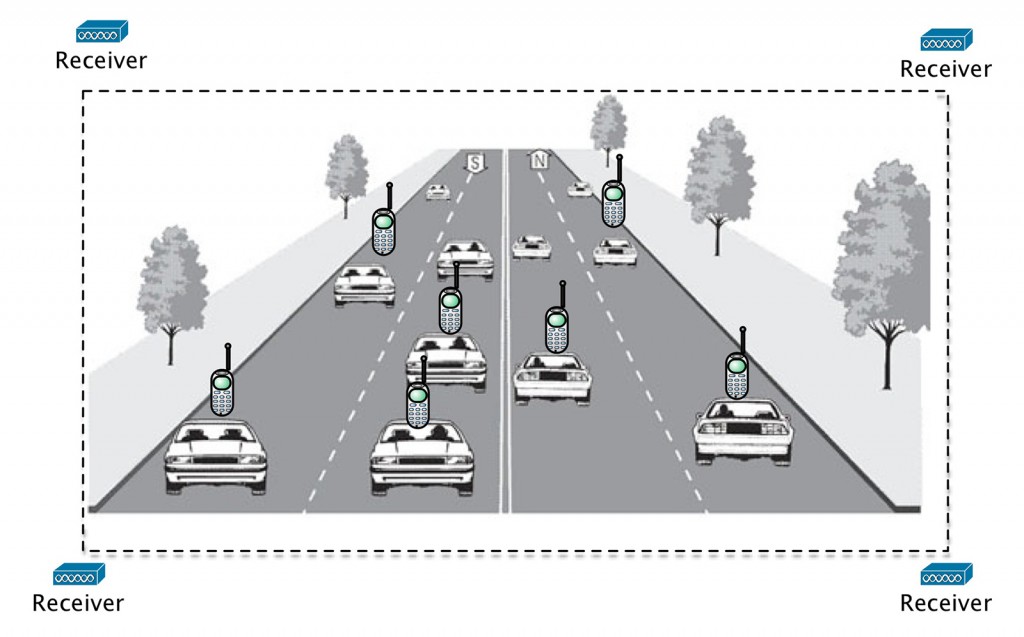 FIGURE 2.
Municipalities could accurately and precisely track vehicles and create traffic control systems that route traffic according to real-time conditions. 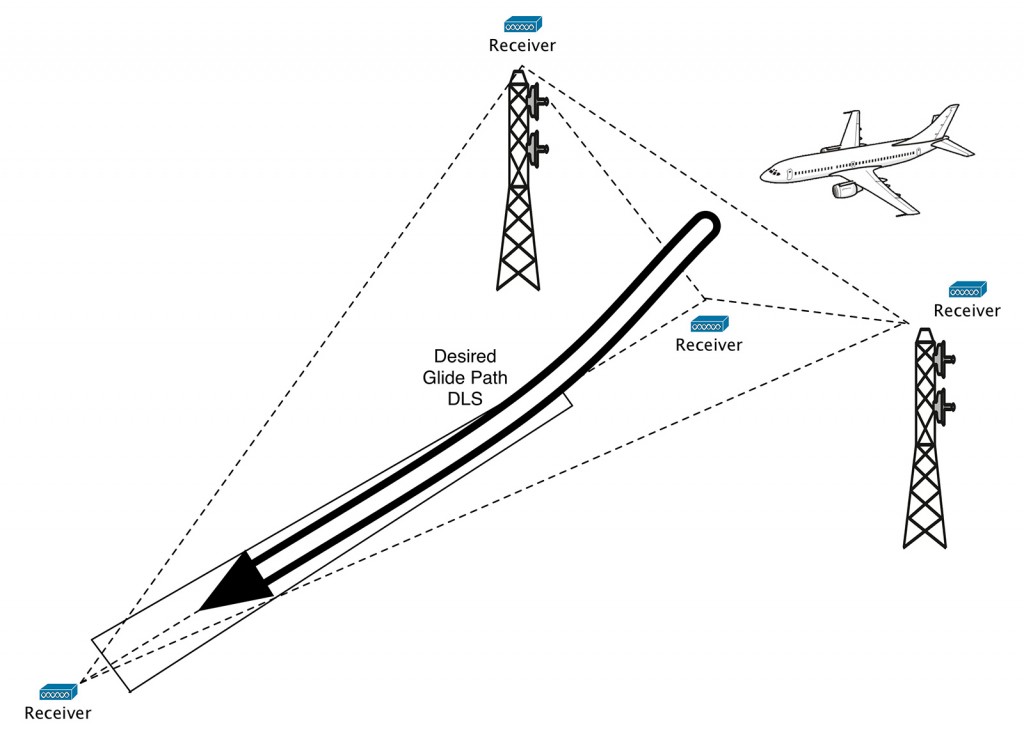 FIGURE 3.
Inventors at Prima Research believe their method could provide the Federal Aviation Administration with a much-improved method of controlling and directing air traffic, increasing efficiencies and enhancing public safety.

Military planners can make more educated decisions about the location of primary and secondary targets as well as for determining the potential for collateral damage. See Figure 4. 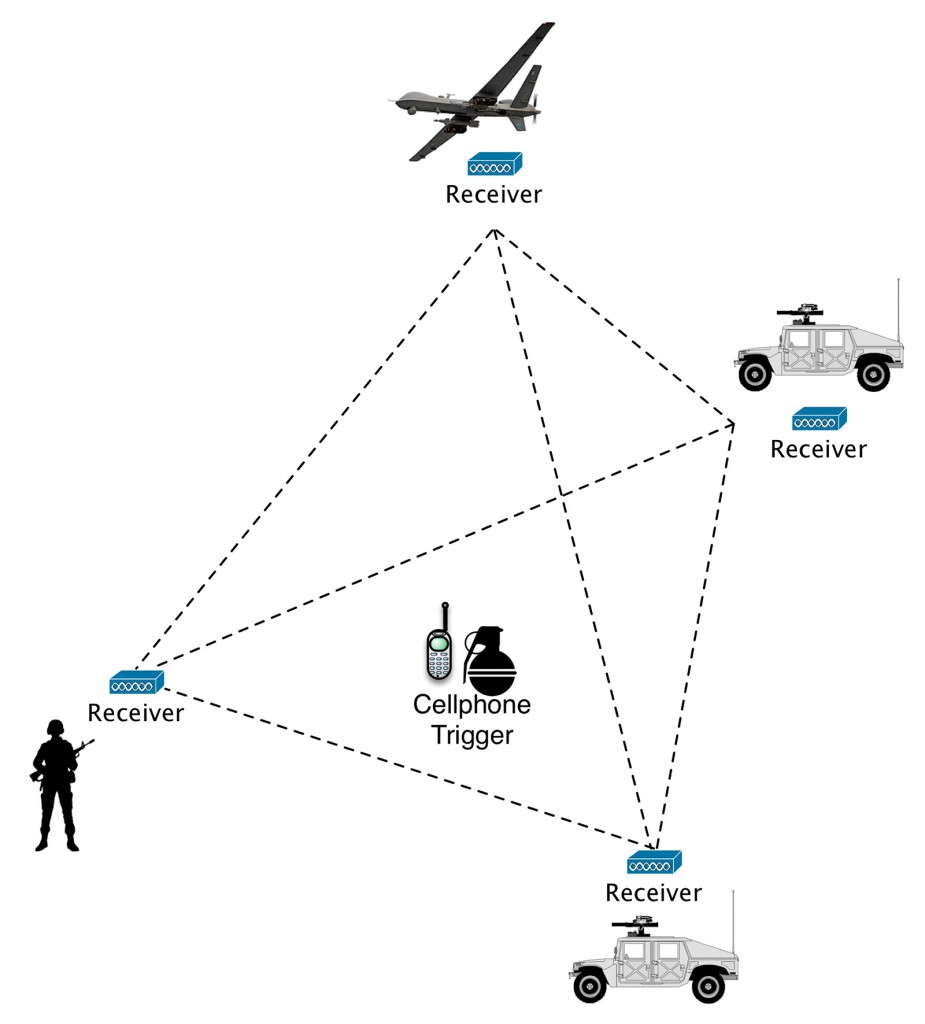 Price is adamant that the invention’s potential goes far beyond indoor location-based services and marketing applications. “ILBS is hot right now because marketers are so close to it; the pain of working with solutions that are so close to, but not quite working as they want, has created a bit of a frenzy. However, when other sectors start to understand the possibilities, they will introduce many truly novel, market-disrupting, real-world solutions. Our work is going to help smart companies rethink what is possible.”